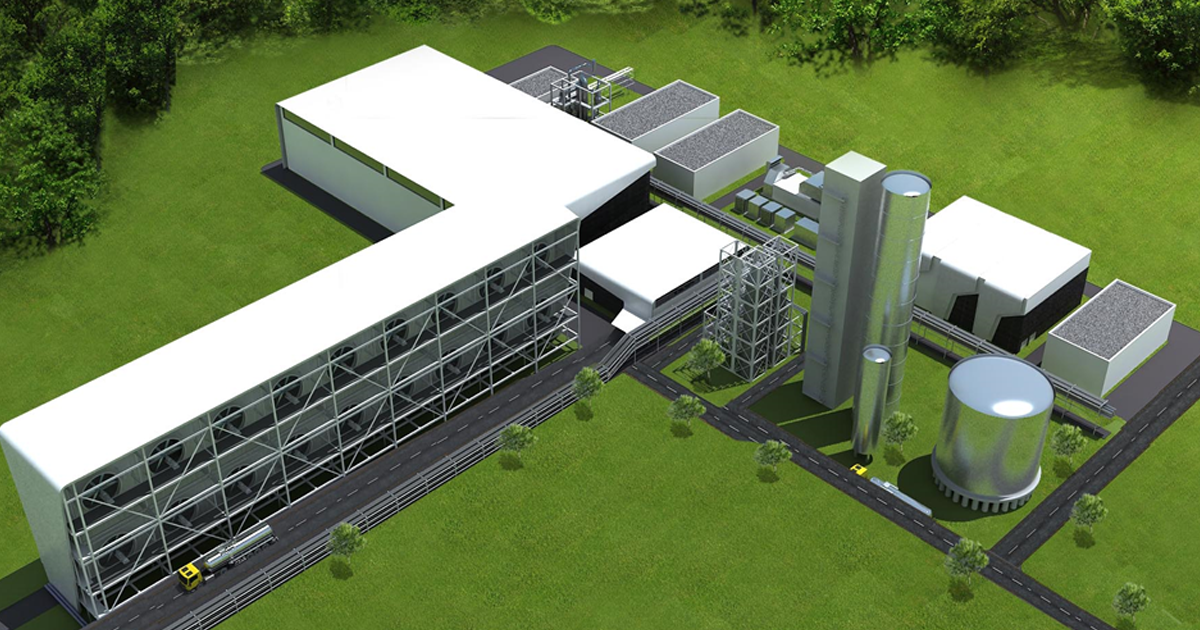 It locked down initial funding with the help of Bill Gates.

It locked down initial funding with the help of Bill Gates.

A Canadian startup called Carbon Engineering says it's secured the funding to build a futuristic facility that'll suck as much carbon dioxide out of the atmosphere every year as 40 million trees — and its financial backers include Microsoft founder Bill Gates and several major energy companies.

"This financing round — the largest of its kind into a [direct air capture] company — shows the growing recognition of both the benefits and commercial readiness of our DAC technology," said CEO Steve Oldham in a statement. "As the world assesses how to address climate change while keeping economies running with the energy they need, our technology can provide a key part of the solution."

Carbon Engineering is vague on the precise technology its 30-acre facility is going to use, but its website promises that it'll be able to store the captured carbon underground or use it to synthesize fuel that could be used to power regular vehicles.

In an interview with the Calgary Herald, Oldham teased the possibility that some investors — which include oil companies Chevron and Occidetntal Petroleum Corp — might be interested in using the technology to offset their own carbon emissions.

"It’s a reasonable deduction for anybody to say those companies that have invested in Carbon Engineering would also be interested in becoming the first customers," he told the newspaper.

Solar Slay
Solar Powered Machine Turns CO2 and Waste Plastic Into Valuable Fuel
Jan 12
Read More
Hey Bill
Bill Gates Funded the Company Releasing Gene-Hacked Mosquitoes
4. 28. 21
Read More
Climate Connection
Bill Gates Attempts to Explain Why He Bought More Farmland Than Anyone Else in America
3. 22. 21
Read More
+Social+Newsletter
TopicsAbout UsContact Us
Copyright ©, Camden Media Inc All Rights Reserved. See our User Agreement, Privacy Policy and Data Use Policy. The material on this site may not be reproduced, distributed, transmitted, cached or otherwise used, except with prior written permission of Futurism. Articles may contain affiliate links which enable us to share in the revenue of any purchases made.
Fonts by Typekit and Monotype.