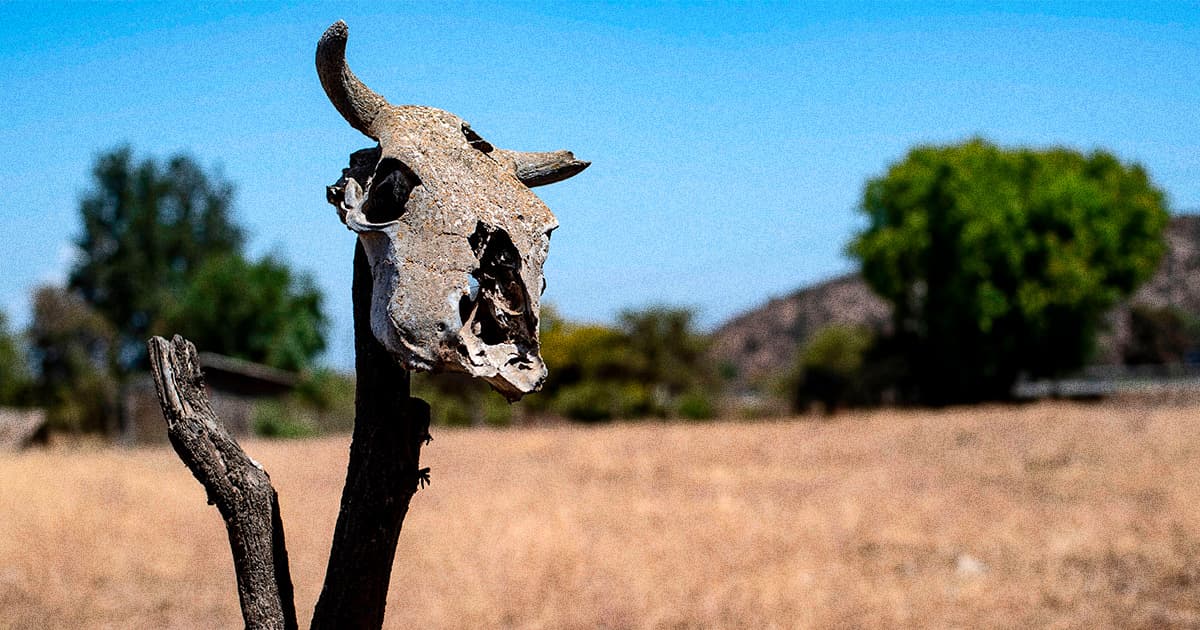 Scientist Warns of Megadroughts That Could Collapse Entire Civilizations

"I find it very concerning to see that human-caused climate change is amplifying the severity of megadroughts."

"I find it very concerning to see that human-caused climate change is amplifying the severity of megadroughts."

A huge region of water in the south Pacific Ocean has reached considerably warmer temperatures than the water around it — triggering a chain of events that's led to a decade-long megadrought in Chile.

The so-called "Southern Blob" is linked to changing wind patterns and rising temperatures caused by rampant burning of fossil fuels and, as a result, has lasted years longer than a naturally occurring blob would have, according to research published in the Journal of Climate on Thursday. And experts warned Reuters that the severe megadrought it's causing in Chile is the sort that could even bring down entire civilizations. In fact, they say, that's already happened in human history.

"Such (extreme) droughts are responsible for the collapse of historic civilizations such as the Mayas or the Ming Dynasty," Prein added, "and can destabilize modern cultures such as recently seen in Syria."

Oceanic blobs can happen naturally. But the size, severity, and duration of this blob, which is wider than the continental US and 1.5 degrees Celsius warmer than it was in 1980, point squarely at climate change and humanity's disastrous impacts on the environment.

"We know that the blob is natural, but it is invigorated by climate change... why it [has lasted] so long and why it is so intense is because of climate change," lead study author and University of Chile in Santiago climate scientist Rene Dario Garreaud told Reuters.

That doesn't mean that every blob will cause such a devastating human impact — Chile has had to deliver water to 400,000 people this year alone — but the Southern Blob is in the exact right place to cause trouble. Unfortunately, as climate change progresses, that means that more of these warm blobs could form and last longer.

"We need to be cognizant of the changes that are happening in global climate thousands of miles away," University of Colorado in Boulder climate scientist Dillon Amaya told Reuters. "It's all connected."