"How long can a fish hold its breath?" 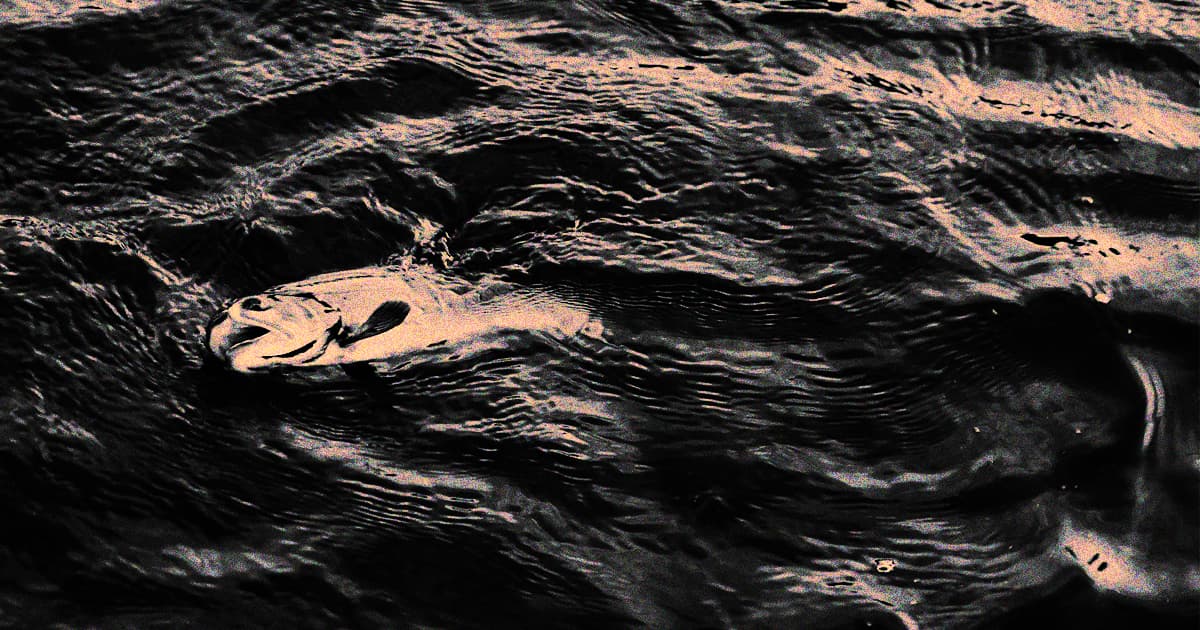 Oregon State University biologist Francis Chan's scientific career began when he was a postdoctoral researcher preparing for his first research cruise off the coast of Oregon and he got a call that sent him on an entirely different journey.

Fishers had started to report strange occurrences nearby. They were pulling up pot after pot of dead crabs, and an octopus climbed up the fishers' ropes to escape something that they couldn't see. Because he'd already reserved the boat, the Oregon Department of Fish and Wildlife asked Chan to go look for obvious culprits like an oil spill or red tide.

It wasn't until he dropped underwater sensors in the area that he realized what was wrong: the levels of dissolved oxygen in the area had plummeted so dangerously low that sea creatures had started to flee any way that they could. Those that couldn't died, leaving a mass graveyard all along the ocean floor.

Chan went back to the archives to check whether this had ever happened before and learned that no, these low oxygen zones that have now come to be known as "hypoxic zones" didn't used to happen so close to the shore.

Now, a hypoxic zone forms off the coast of Oregon every summer like clockwork. It's there right now, in fact. The Washington Post reported last month that the deadly waters are now stretched across 7,700 square miles and actually started to form early this year — a clear sign of how worsening climate change has drastically altered the ocean and are now rendering parts of it completely hostile to life.

One is dictated by basic chemistry. Warm water can't store as much dissolved gas as cold water. Water that eventually arrives at the west coast of the United States begins its journey around Japan, where it sinks and flows across the ocean, he explains. And thanks to rising global temperatures, Chan has found that the water has been losing oxygen for five decades.

The other lever has to do with currents and wind patterns, which have also been altered by a changing global environment. When an upwelling wind — a gust that blows water away from the shore — hits a pocket of low-oxygen water, it creates a well-defined hypoxic zone. This tends to happen around discernable geographic features, like areas with wide, flat continental shelves of shallower water. But hypoxic conditions can still occur regardless of geography, and will likely become more widespread along the coast as temperatures continue to rise.

"We know that climate change is pulling these two levers, and we're just seeing the consequences of that," Chan told Futursim. "I think I say with some reticence that, when I think about what the future of the oceans looks like, along not only Oregon but the west coast, I think the science is really pointing us to an ocean that is much more prone to episodes of hypoxia."

When a hypoxic event sets in, crabs in the area may crawl into a fisher's pot like normal and then — Chan made a wooshing noise on our Zoom interview — get overtaken by a current of dangerously hypoxic water, suffocating where they stand. One of his colleagues has caught flounder and other seafloor-dwelling fish up near the surface, where they were attempting to flee to more oxygen-rich conditions.

Anecdotally, fishers have told Chan that they rush to the bay whenever he starts talking about a new hypoxic zone in order to catch crabs fleeing to an oxygen refuge. In South Africa, he added, a hypoxic zone frequently gets so bad that suffocating lobsters actually crawl out of the water and die on the beach.

As climate change progresses and temperatures rise, we can expect more of these hypoxic zones — colloquially referred to as "dead zones" — to emerge off the coastline of the Pacific. When they do, Chan says they'll be bigger, longer-lasting, and more severe. Chan explained that scientists have already detected regions of abnormally low oxygen off the coast of California that look alarmingly similar to readings from Portland from years ago.

"There are there are just a few reports of hypoxic events in California now," Chan said. "And looking at the data, it looks like what Oregon used to where [oxygen levels are] low but not crazy low. So it's really poised for it. The question is, 'what happens if you were to supercharge those levers that drive hypoxia in California? Is there a risk of more hypoxic zones and more intense hypoxic zones?' I think it would be hard to argue that that's not a likely scenario."

Tracking these events, even though scientists like Chan have a strong sense of where they'll appear year after year, is difficult. Though sensors have improved drastically over the course of Chan's career, they're still extremely expensive and require technical training to operate. Also, they need to be placed one at a time in the ocean, so researchers depend heavily on partnerships with government agencies and commercial fishers.

The challenge facing researchers now, Chan says, is that he and his colleagues have a solid understanding of how and why hypoxic zones form, where to expect them, and how to record exact oxygen solubility levels. But they don't fully understand what being in a hypoxic zone means for the aquatic life that finds themselves stuck in them.

"We're getting data back in real-time, but it's challenging to understand biological thresholds, like 'how low is low?'" Chan said. "If the reading is 1.4 milliliters [of oxygen] per liter [of water] for the next 18 weeks, which it has been, it's like 'How long can a fish hold its breath?'"

Take another prominent form of ecological destruction currently harming the oceans: acidification. Scientists studying ocean acidification have a very tangible biomarker that helps them understand the impacts that the broader ecological phenomenon has on individual sea creatures in the form of dissolved crab shells or shark scales.

There's no clear biological measurement that Chan or his colleagues can take to determine the biological thresholds of organisms under oxygen stress, he explained, but they're working to track one down.

"Right now, we're looking at new assays to instead of saying, 'well, that fish doesn't look so healthy,'" Chan said. "It's like, well, is it because it was hypoxia? Is it because the fish had the wrong mother? We're looking at new targeted assays to determine, for example, whether there are certain oxygen stress compounds that accumulate in an organism that we can attribute to hypoxia."

Another issue, Chan says, is that scientists simply have no idea how many fish are in the ocean. And counting them will either take manual labor that he certainly doesn't want to do, or unproven technology — like acoustic surveys, AI that analyzes video feeds, or gathering free-floating eDNA shed by animals that pass through an area — that he says technically show promise but can't deliver remotely useful results yet.

Despite the dire reality of the situation, what Chan really wanted to get across was that he wants everyone to stop using the phrase "dead zone."

A few weeks ago, years and years after that desperate octopus climbed out of the water to flee the deadly water below, Chan says he was on another expedition. Chan's sensors were down near the seafloor, recording a deadly hypoxic event. Meanwhile, near the surface, the crew was busy watching a multitude of salmon swimming around and jumping into the air.

"The captain saw a blue whale, for God's sake," Chan told Futurism. "You know, it's a pretty vibrant ocean."

Read This Next
Unreliable Friends
Archipelagic Nation Sick of Other Countries Breaking Climate Change Promises
The Kids Won't Be Alright
Elon Musk Warns That Humankind Will "End Up in Adult Diapers"
Circle of Life
Hooray! The Great Pacific Garbage Patch Has Become a Thriving Ecosystem, Scientists Say
Bad Spill
Scientist Warns That a Huge Tanker Is Probably Going to Spill a Million Barrels of Oil Into the Ocean
Life on Earth
Astrobiologists Suggest the Earth Itself May Be an Intelligent Entity
More on Earth & Energy
That Sssssucks
4:28 PM on the byte
Unfortunate Snake Causes Power Outage for 10,000 Homes
Fashion Week
Yesterday on the byte
Scientists Discover Horrifying Crab That's Covered in "Hair"
Fire Bird
Friday on the byte
Experts Say Birds Are Catching on Fire on Power Lines and Starting Wildfires
READ MORE STORIES ABOUT / Earth & Energy
Keep up.
Subscribe to our daily newsletter to keep in touch with the subjects shaping our future.
+Social+Newsletter
TopicsAbout UsContact Us
Copyright ©, Camden Media Inc All Rights Reserved. See our User Agreement, Privacy Policy and Data Use Policy. The material on this site may not be reproduced, distributed, transmitted, cached or otherwise used, except with prior written permission of Futurism. Fonts by Typekit and Monotype.