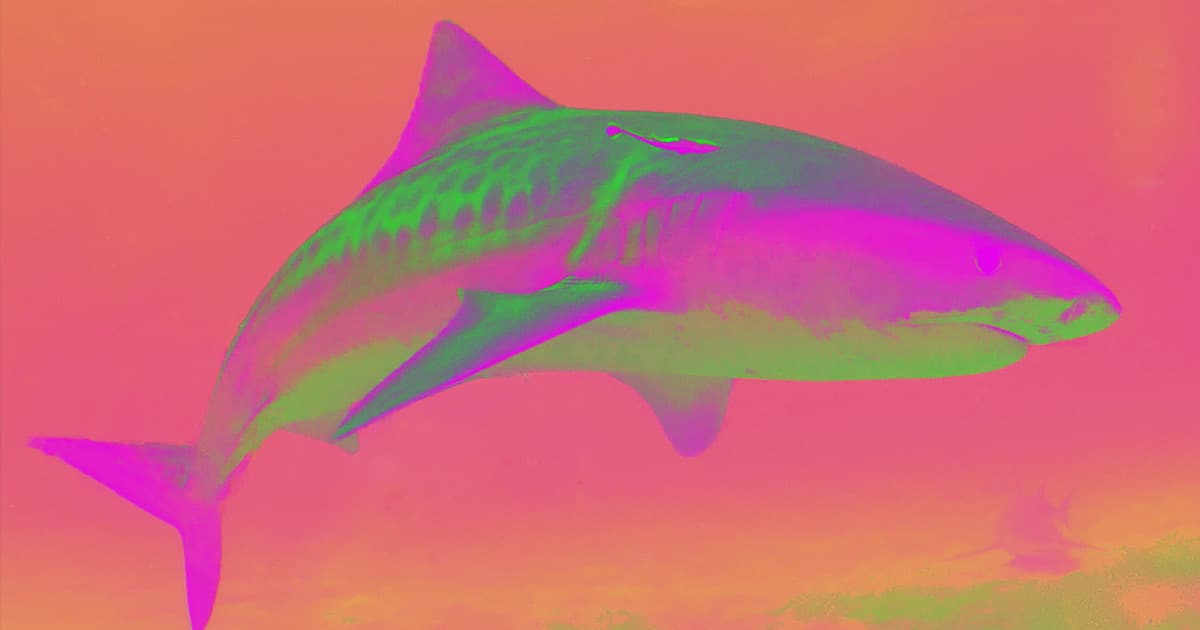 Our Acidic Oceans Are Eating Away at Sharks’ Skin

Sharks are losing their scales — and their ability to swim.

Sharks are losing their scales — and their ability to swim.

As the oceans grow increasingly acidic, they're claiming yet another casualty: sharks.

New research shows that the acidic water, a byproduct of human-induced climate change, is damaging and destroying the tiny scales on sharks' skin, according to Newsweek. As a result, the sharks can't swim or hunt as well — and that could potentially wreak havoc on the already-fragile ecosystems in which they live.

A team of German and South African scientists found that after just nine weeks of exposure to acidic water, over nine percent of the sharks' denticles — those are the tiny scales — were damaged, according to research published on Thursday in the journal Scientific Reports.

While the experiment isn't exceptionally robust — there were only three sharks in the cohort that got the acidic water treatment — the findings are a troubling sign for the future of marine life.

Thankfully, the study turned up some good news as well. The researchers found that the sharks were able to moderate their bodies' chemistry to adjust to the increasingly acidic water. Other than the damaged and destroyed scales, they seem to be unharmed.

Luntz Auerswald, an environmental researcher from South Africa's Stellenbosch University, told Newsweek that the team "expected that they would be able to regulate their acid-base balance in the short term as a response to a lowered pH. We were unsure, but not surprised, that they can keep this regulation up for extended periods."

"The corrosion of the denticles, however, came as a surprise," he added. "We did not expect this."

More on ocean acidification: Marine Food Webs Are on the Brink of Collapse Because of Climate Change

Remember Donald?
Donald Trump Goes on Bizarre Rant Against Electric Cars
9. 6. 22
Read More
Dry Dock
The Top 13 Wildest Objects That Terrible Droughts Have Revealed
8. 27. 22
Read More
Baby Shark
Scientists Intrigued by Sharks That Can Walk on Land for Two Hours
8. 22. 22
Read More
+Social+Newsletter
TopicsAbout UsContact Us
Copyright ©, Camden Media Inc All Rights Reserved. See our User Agreement, Privacy Policy and Data Use Policy. The material on this site may not be reproduced, distributed, transmitted, cached or otherwise used, except with prior written permission of Futurism. Articles may contain affiliate links which enable us to share in the revenue of any purchases made.
Fonts by Typekit and Monotype.