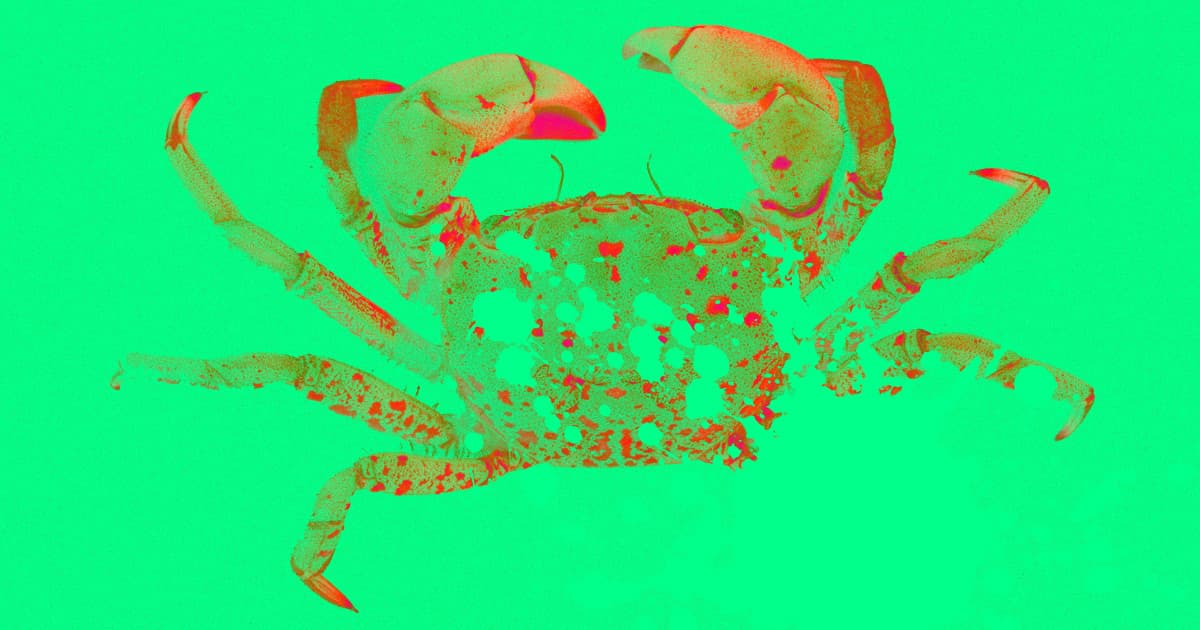 The Ocean Is Getting so Acidic That It's Dissolving Crabs' Shells

Ocean acidification has claimed one of its smallest victims yet.

Ocean acidification has claimed one of its smallest victims yet.

The world's oceans absorb about 30 percent of the carbon dioxide released into the atmosphere. That means that as levels of CO2 in the atmosphere have increased, so too have levels in the seawater, leading to an increase in the water's acidity.

Over time, a new study has found, the effect has become so pronounced that the Pacific Ocean's increasingly acidic water is dissolving the shells of newly hatched Dungeness crabs.

For the study, which was funded by the National Oceanic and Atmospheric Association (NOAA) and published in the journal Science of the Total Environment, an international team of researchers used a scanning electron microscope to analyze samples of Dungeness crabs collected during a 2016 NOAA research cruise.

That led to the discovery of larval Dungeness crabs with damage to their upper shells. Some of the crabs had lost the hair-like sensory structures they'd typically use to navigate their environments, and many of the damaged crabs were smaller than other larvae.

The discovery doesn't just impact the Pacific ecosystem — it could also affect the economies of cities in the Pacific Northwest that catch and sell the crustaceans.

"If these larval crab need to divert energy to repair their exoskeletons and are smaller as a result, the percentage that make it to adulthood will be at best variable and likely go down in the long-term," researcher Nina Bednarsek of the Southern California Coastal Water Research Project said in a news release.

More on ocean acidification: Our Acidic Oceans Are Eating Away at Sharks' Skin

Australia Has Big Plans to Save the Great Barrier Reef. But It Can't Do It Alone.
4. 30. 18
Read More
Climate Change Is Acidifying Our Lakes and Rivers the Same Way It Does With Oceans
1. 12. 18
Read More
There's Another Huge Plastic Garbage Patch in The Pacific Ocean
7. 26. 17
Read More
+Social+Newsletter
TopicsAbout UsContact Us
Copyright ©, Camden Media Inc All Rights Reserved. See our User Agreement, Privacy Policy and Data Use Policy. The material on this site may not be reproduced, distributed, transmitted, cached or otherwise used, except with prior written permission of Futurism. Fonts by Typekit and Monotype.