People Are Horrified When They Have to Torture a Virtual Person

Even in a VR simulation, the Milgram Shock Experiment continues to traumatize. 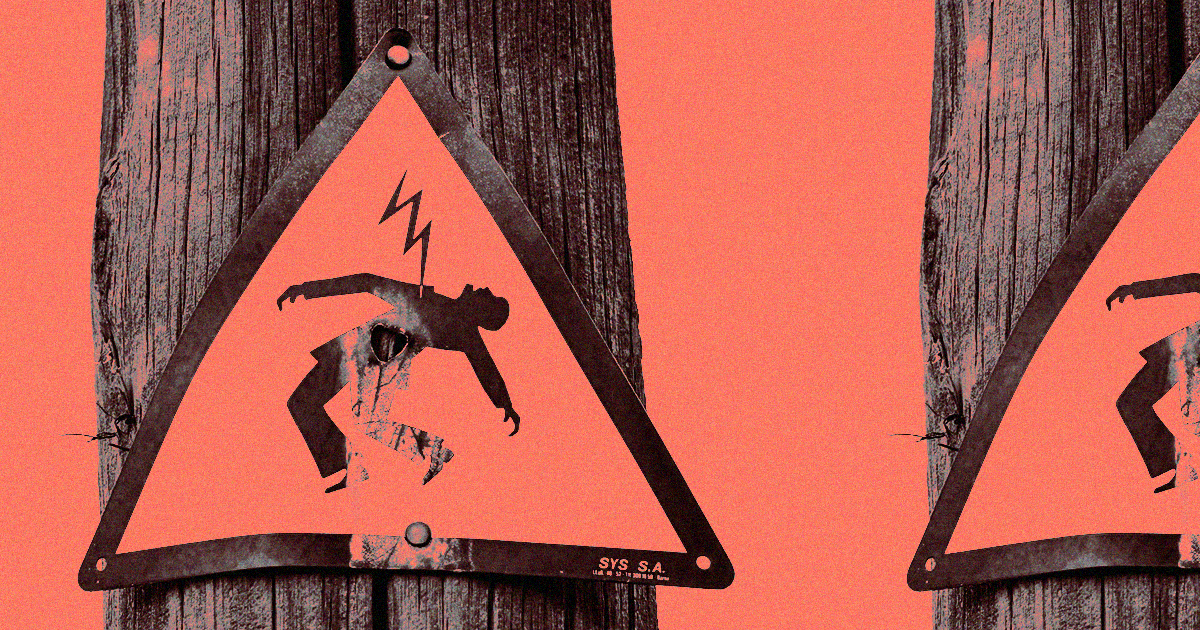 Back in 1961, psychologist Stanley Milgram shocked the world with controversial research in which everyday people followed a scientist's instructions to electrocute someone who they thought was giving incorrect answers on a quiz — a damning indication that many people will acquiesce to brutal directives by an authority figure.

In December 2018, a team of London-based scientists repeated the experiment in a VR simulation in which they asked participants to zap a virtual avatar. Even though no one got hurt, participants were just as reluctant to pull the lever — even going so far as to try rigging the experiment so they didn't have to, according to research published in the journal PLOSOne that breaks new ground in the psychology of how people relate to virtual characters.

And even though many participants continued to follow instructions, they were measurably stressed and anxious about doing so, the researchers write in a Scientific American blog post published Friday.

"At the end, even those who had cheated showed an increased stress level," they wrote.

In their blog post, the scientists suggest that their research could be used to explain how people act under troubling leaders — just like how Milgram set out to explore the behavior of individual Nazis after World War II.

"If we look at our experiments as a proxy for resistance to authority, we can anticipate a psychological cost to the resisters. Even though their obedience isn’t genuine, those who persist endure additional stress compared to those who decide to quit," they wrote. "In the long term they will also be facing the moral dilemma of engaged followership, wondering whether they engaged too much and in essence enabled a leader they did not want to obey."

READ MORE: Would You Give a Virtual Electric Shock to an Avatar? [Scientific American]

More on Milgram: Why People Believe in Conspiracy Theories – and How to Change Their Minds

Read This Next
Brands We Love
This Totally Immersive 'Virtual Intimacy System' Blurs VR Sex and Reality
Brands We Love
Realistic VR Sex Is Now a Reality. It's Also Surprisingly Cheap.
Brands We Love
Realistic, Interactive VR Sex Is Finally Here, and It's Affordable
Replication Crisis
New Research Just Debunked 14 Classic Psychology Experiments
Futurism
Why People Believe in Conspiracy Theories – and How to Change Their Minds
More on Hard Science
Tractor Beam
Jan 26 on the byte
Scientists Build Working Tractor Beam, Although It's Comically Tiny
Having a Blast
Jan 18 on the byte
New Study Shows Where You Should Hide to Survive a Nuclear Attack
Offworld Amino
Jan 15 on the byte
Scientists Find Building Blocks of Life in Meteor That Smashed Into Family's Driveway
READ MORE STORIES ABOUT / Hard Science
Keep up.
Subscribe to our daily newsletter to keep in touch with the subjects shaping our future.
+Social+Newsletter
TopicsAbout UsContact Us
Copyright ©, Camden Media Inc All Rights Reserved. See our User Agreement, Privacy Policy and Data Use Policy. The material on this site may not be reproduced, distributed, transmitted, cached or otherwise used, except with prior written permission of Futurism. Articles may contain affiliate links which enable us to share in the revenue of any purchases made.
Fonts by Typekit and Monotype.