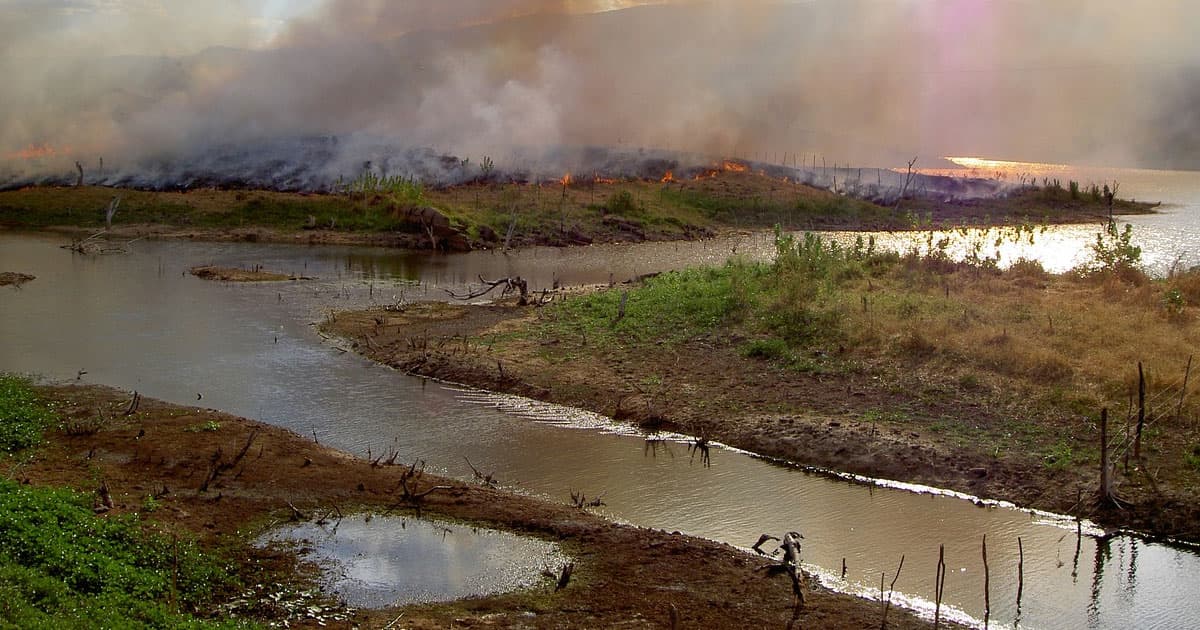 As the Amazon Rainforest continues to burn as a result of cut-and-burn deforestation practices, we steadily approach the point of no return.

Over the last 50 years, about 20 percent of the rainforest has been burned or cut away, according to The Intercept. As the current fires rage on and the policies that led to them continue to exist, another 20 percent — that's 300,000 square miles — could soon be gone as well. At that point, scientists warn of a "cascading system collapse," in which the Amazon begins to completely crumble, and release a planet-devastating amount of stored carbon in the process.

The Amazon rainforest used to be a major carbon sink, meaning a place that kept vast stores of sequestered carbon from entering and heating the atmosphere.

But The Intercept reports that the rainforest has already been devastated by deforestation to the point that the remaining forest no longer makes up for the amount of carbon that's already been released.

If more gets chopped or burned away, the resulting greenhouse gas emissions would be equivalent to a "doomsday bomb," to quote The Intercept, that would not only lead to the crumbling of the rest of the forest, but potentially also planet-wide environmental destruction.

"His project for the Amazon is agribusiness," Francisco Umanari, an indigenous Apurinã chief told The Intercept about president Bolsonoro's environmentally dangerous policies. "Unless he is stopped, he'll run over our rights and allow a giant invasion of the forest. The land grabs are not new, but it's become a question of life and death."