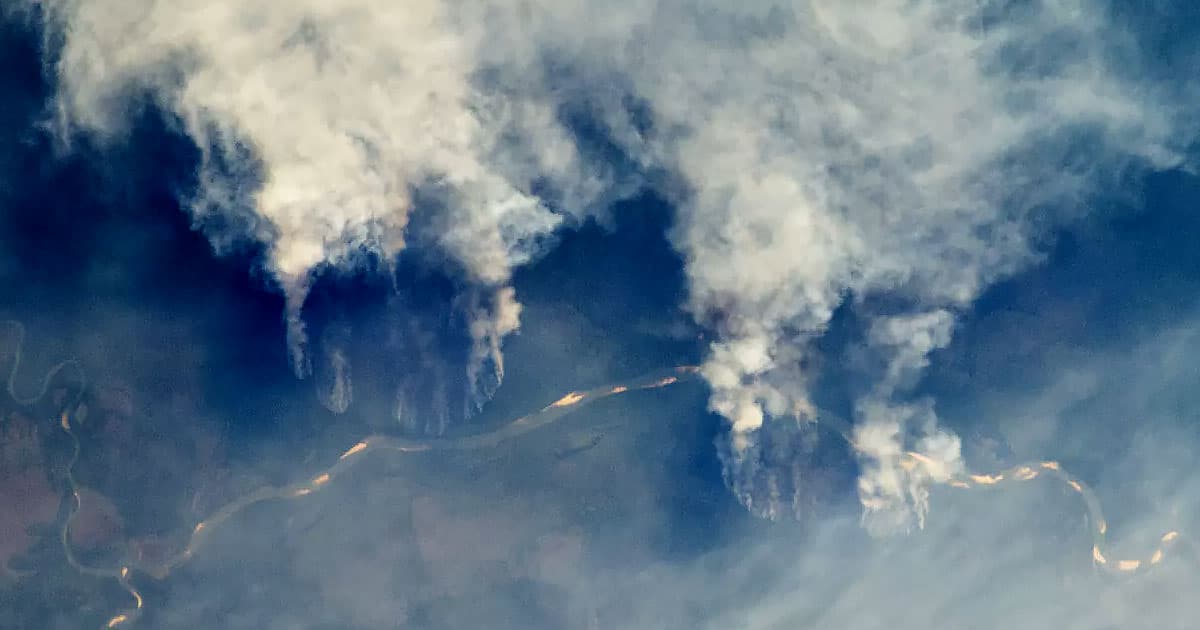 Devastating Fires in Amazon Rainforest Can Be Seen From Space

The smoke blocked out the Sun almost entirely in Sao Paulo.

The smoke blocked out the Sun almost entirely in Sao Paulo.

Bad news: a record-breaking number of fires are burning up Brazil's Amazon rainforest. The blazes are so serious that they're easily spotted from space.

According to Brazil's National Institute for Space Research (INPE), it's the worst fire season since the agency began tracking the rainforest in 2013 — with 83 percent more fires than over the same period in 2018.

NASA: "As of August 16, 2019, satellite observations indicated that total fire activity in the Amazon basin was slightly below average in comparison to the past 15 years."https://t.co/dd7tRMvNkP

To re-iterate, that's really bad: the trees of the Amazon are said to be responsible for producing 20 percent of oxygen in our planet's atmosphere.

Entire regions of the country stayed dark as massive amounts of smoke caused by the fire swept the north east. São Paulo — a city of over 12 million people thousands of miles from the Amazon — was engulfed in a black shroud most of this week, blocking out the light of the Sun almost completely.

Many of the wildfires are caused by farmers deliberately setting the land on fire to deforest land for cattle, as Reuters points out. The relaxing of environmental controls by Brazil's current leadership under president Jair Bolsonaro aren't helping the situation either.

Bolsanero fired the director of INPE earlier this month after calling the agency's findings "lies," as CNN reports.

While wildfires naturally occur in the dry season, this week's fire is on an entirely different scale.

"The dry season creates the favorable conditions for the use and spread of fire, but starting a fire is the work of humans, either deliberately or by accident,” INPE researcher Alberto Setzer told Reuters.

Bad News: The Amazon Might Be Past the Point of Saving
2. 23. 18
Read More
Hydroelectric Projects Are Displacing Indigenous Groups in the Amazon
2. 8. 18
Read More
Rising Clouds Could Spell Disaster for the World's Tropical Forests
1. 13. 18
Read More
+Social+Newsletter
TopicsAbout UsContact Us
Copyright ©, Camden Media Inc All Rights Reserved. See our User Agreement, Privacy Policy and Data Use Policy. The material on this site may not be reproduced, distributed, transmitted, cached or otherwise used, except with prior written permission of Futurism. Articles may contain affiliate links which enable us to share in the revenue of any purchases made.
Fonts by Typekit and Monotype.