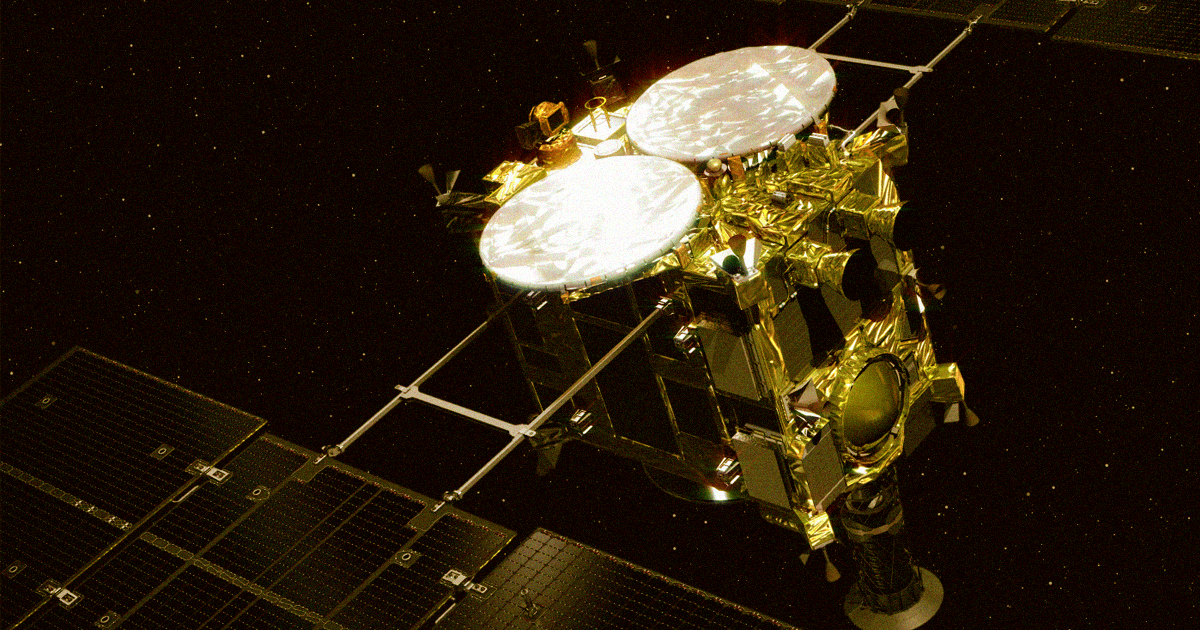 Japan Lobs Bomb to Blow Hole in Asteroid... For Science

First it shot the hapless asteroid with a bullet, and then Japan's space agency, JAXA, announced a plan to have the probe blow a hole in Ryugu with plastic explosives — a scheme it put into motion on Friday, according to the New York Times, by dropping the bomb and kicking up dust on the surface, "suggesting that the blast had gone off as intended."

The bombing wasn't be an act of space vandalism. The idea is to blow a 10-meter-wide crater in Ryugu in order to see what it looks like on the inside, according to the BBC — instead of the surface, which has been bombarded by cosmic radiation for untold millions of years.

Hayabusa-2 dropped the explosive payload from a height of about 500 meters — and then hid on the other side of Ryugu to avoid flying debris.

More on asteroids: NASA Shocked by “Plumes Erupting From an Asteroid’s Surface”

Newly Discovered Black Hole May Be the First of Its Kind Ever Detected
9. 5. 17
Read More
2020: The Year We Have A Cure For Baldness?
7. 20. 16
Read More
CHON: Legacy
James Webb Discovers Coldest Ice in Known Universe, Harboring Molecules Essential For Life
Yesterday
Read More
+Social+Newsletter
TopicsAbout UsContact Us
Copyright ©, Camden Media Inc All Rights Reserved. See our User Agreement, Privacy Policy and Data Use Policy. The material on this site may not be reproduced, distributed, transmitted, cached or otherwise used, except with prior written permission of Futurism. Articles may contain affiliate links which enable us to share in the revenue of any purchases made.
Fonts by Typekit and Monotype.