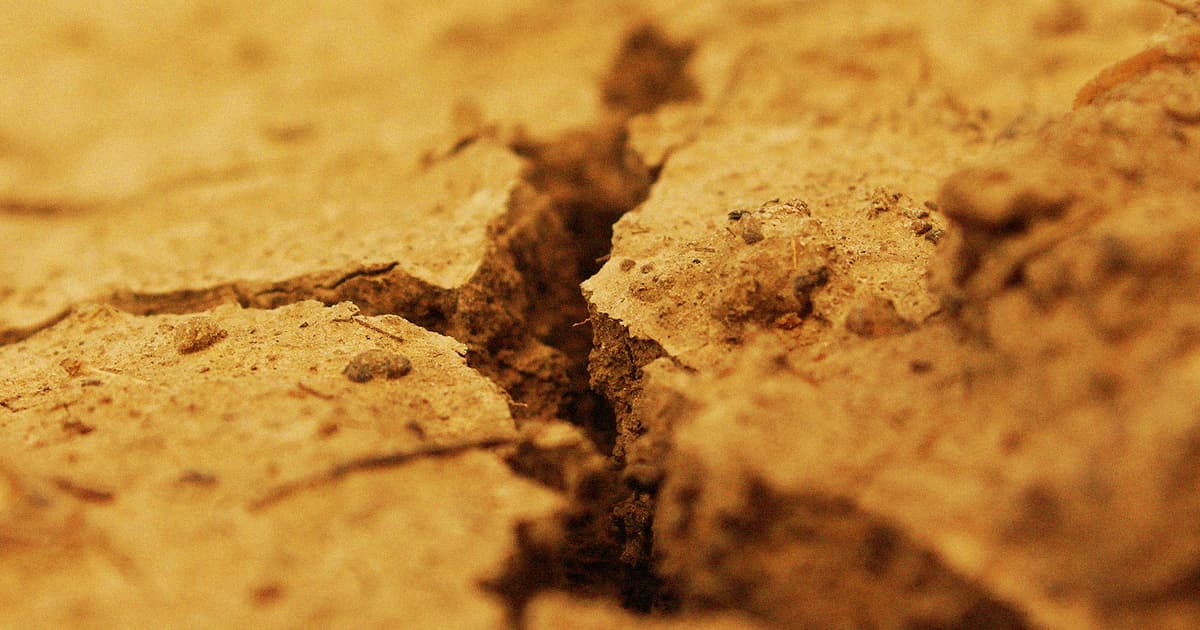 Scientists: Earth Should Brace Itself For Multi-Decade "Mega-Droughts"

According to researchers from the University of Queensland in Australia, our planet will likely be hit with more "mega-droughts" — meaning they last longer than two decades — thanks in large part due to climate change.

"We found that, in the past, a similar amount of warming has been associated with mega-drought conditions all over south eastern Australia," Queensland professor Hamish McGowan said in a statement. "These drier conditions prevailed for centuries, sometimes for more than 1000 years, with El Niño events most likely increasing their severity."

But there's one crucial difference: during the Eemian Period, the warming was caused by changes to Earth's tilt and orbit, while today it's greenhouse gases that are responsible for the warmer climate.

By studying stalagmites in caves in New South Wales, Australia, the team found that precipitation was significantly reduced during the Eemian period.

To McGowan, it's a dire warning. "We hope that this new research allows for new insights to our future climate and the risks it may bring, such as drought and associated bushfires," he said. "But, importantly, if humans continue to warm the planet, this is the future we may all be looking at."

More on droughts: A New Drought Simulation Has Concluded With Frightening Results