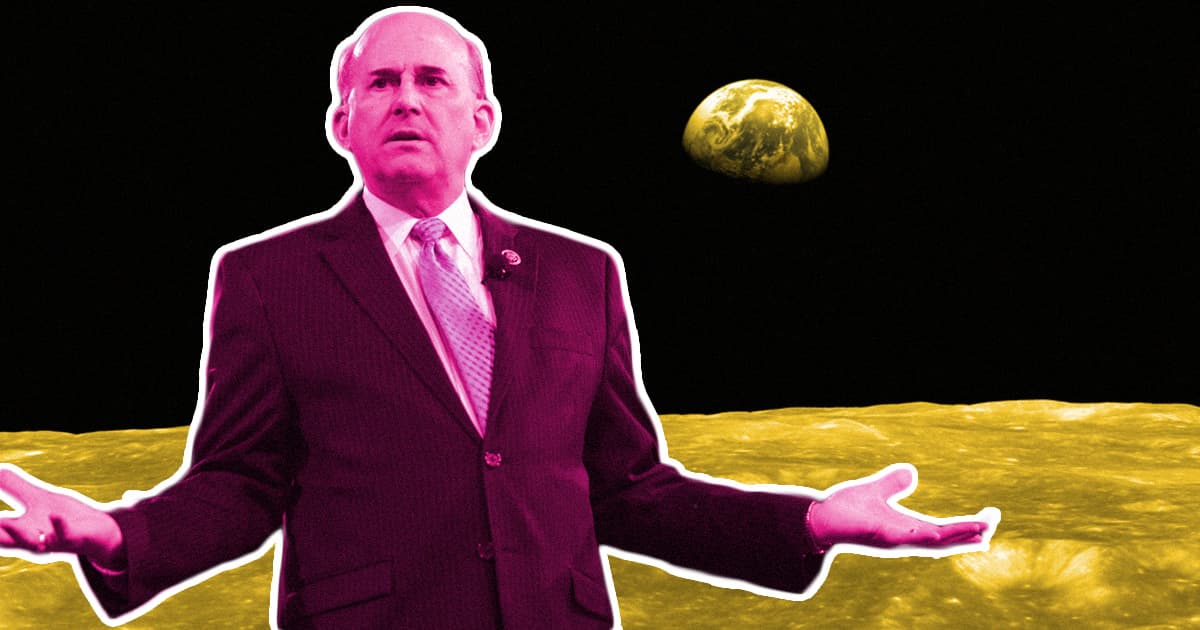 Congressman Louie Gohmert suggested an unusual approach to tackling climate change during a recent hearing: somehow altering the orbit of the Moon in order to change the weather down here on Earth.

Gohmert, a steadfast opponent of climate change measures, was questioning Forest Service associate deputy chief Jennifer Eberlien during a House Natural Resources Committee hearing, according to NBC News. And as you probably guessed, his inquiry wasn't an earnest but misguided gaffe as much as a bad-faith attempt to derail climate legislation launched — with all the trolling prowess of a preteen in a Facebook comments section.

Gohmert is adamant — incorrect, but adamant — that humanity's activity is not responsible for the changing environment, which is why he brought up the natural shifts in lunar orbit as a scapegoat and an excuse to not enact any climate legislation.

"I understand, from what's been testified to the Forest Service and the [Bureau of Land Management], you want very much to work on the issue of climate change," Gohmert said.

"I was informed by the immediate past director of NASA that they've found that the Moon's orbit is changing slightly and so is the Earth's orbit around the Sun," Gohmert added, referring to Jim Bridenstine, who had also been a climate denier prior to his stint at NASA. "We know there's been significant solar flare activity. And so, is there anything that the National Forest Service or BLM can do to change the course of the moon's orbit or the Earth's orbit around the sun? Obviously, that would have profound effects on our climate."

Again, to be clear, this is all nonsense.

NASA pushed back against Gohmert, providing a statement to NBC that debunked the US Representative's claims.

"Past climatic changes driven by small variations in Earth’s position relative to the Sun, known as orbital or Milankovitch cycles, take place over tens of thousands of years," the agency said. "These orbital cycles are not producing the changes we observe in our satellite and surface climate records, including rapid warming and CO2 levels that are unprecedented for millions of years."