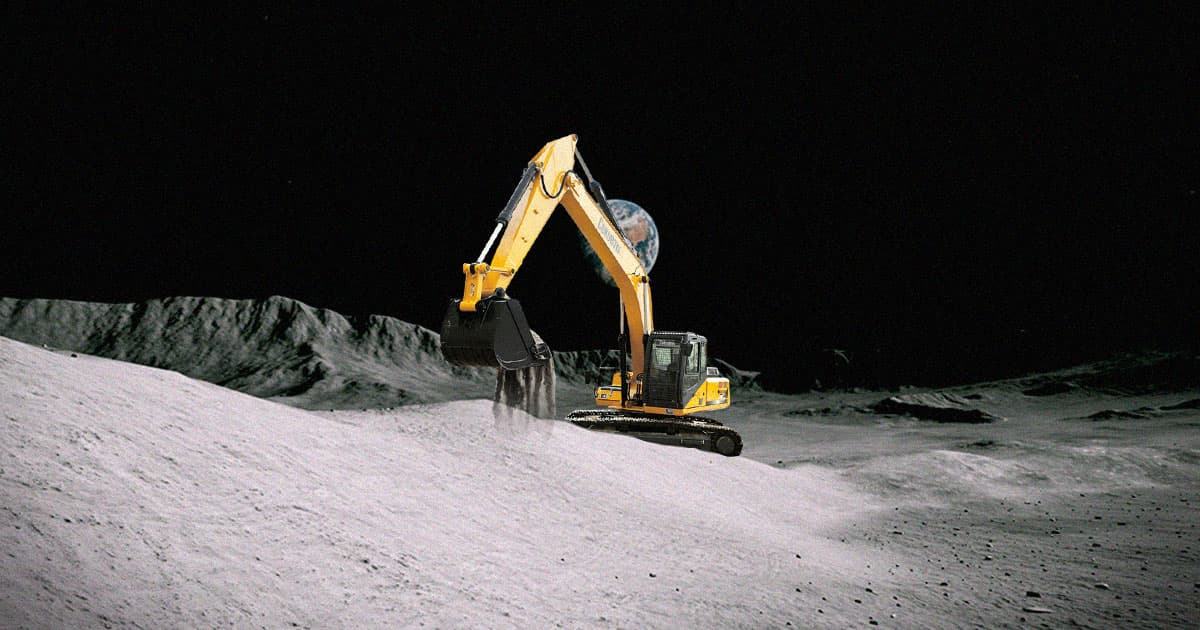 Self-driving vehicles could mine rocks from the Moon.

Self-driving vehicles could mine rocks from the Moon.

Iconic construction vehicle company Caterpillar is working with NASA to build machines that could excavate and mine the lunar surface.

The goal is to determine whether it makes sense to send autonomous or remote-controlled construction equipment to the Moon, according to CNBC, to gather rocks, dust, and water that NASA could use as raw materials for its planned lunar outpost.

NASA and Caterpillar have long collaborated on robotics projects, CNBC reports. But it's the company's autonomous capabilities — unusual for the construction vehicle market — that make it a standout candidate to build lunar infrastructure.

"There are many synergies between what NASA needs to meet exploration goals and Caterpillar technologies used every day on Earth," NASA spokesperson Clare Skelly told CNBC.

Though Caterpillar's resource industries division president, Denise Johnson, wouldn't confirm any tangible lunar mission plans to CNBC, the idea of using at least semi-autonomous vehicles on the Moon is to cut down on how much dangerous construction work astronauts would have to do themselves.

"Customers are finding it difficult to operate in those remote locations, getting personnel in and out in a consistent way, which drives the value proposition," Johnson told CNBC, specifically referring to using autonomous tech in hazardous areas on Earth. "The application of the technology becomes a necessity to make it work from a value-add perspective."

READ MORE: Caterpillar’s autonomous vehicles may be used by NASA to mine the moon and build a lunar base [CNBC]

More on the Moon: NASA's Plan for a Lunar Outpost Just Leaked