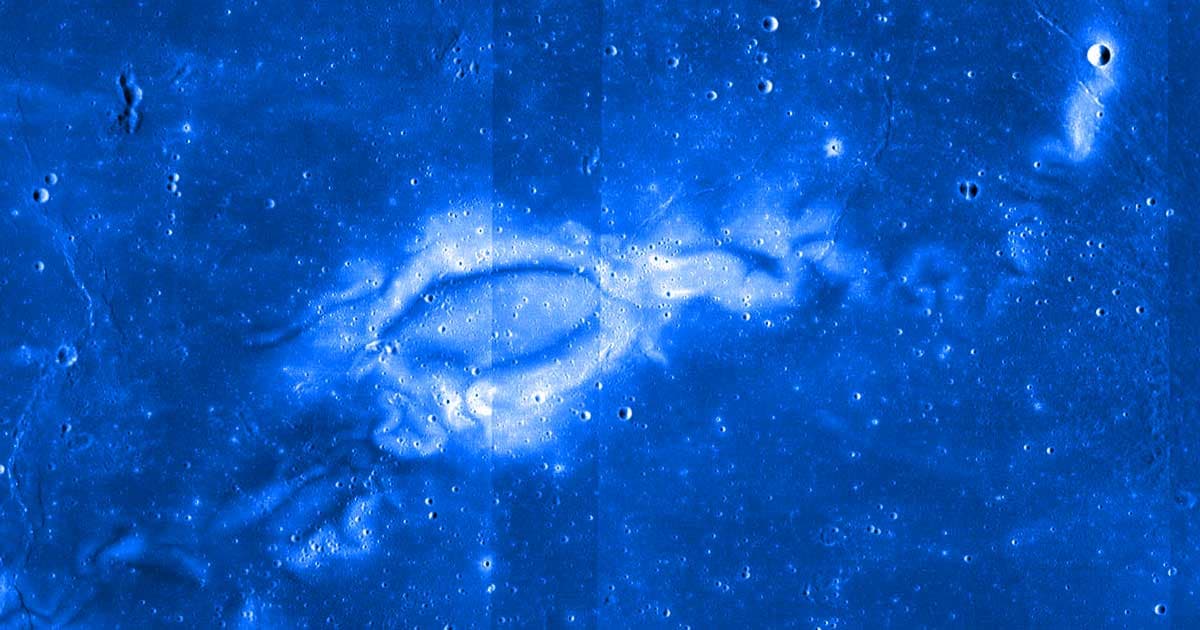 Spiral Formations on the Moon Appear to Deflect Cosmic Rays

This is weird. Very weird.

This is weird. Very weird.

The surface of the Moon is pockmarked by bizarre formations called lunar swirls: brightly-colored spirals of rocks and dust, tens of miles across, that have astronomers utterly puzzled.

Many questions remain about how and when the swirls formed, but they may have stemmed from internal magnetic fields or from meteor impacts, according to Space.com. Because the magnetic fields of the swirls seem to deflect solar winds and cosmic rays, some experts suspect they could serve as natural shields for the people staying at any future lunar outposts.

Experts remain divided on how the bizarre swirls came to be, Space.com reports. But the overwhelming consensus is that it will take a mission to the Moon's surface to figure out what's going on.

"I'd like to see a rover drive around and find out how much solar wind is getting to the lunar surface and investigate the effects that causes the soil and swirls to darken with time," Johns Hopkins University planetary geologist David Blewett told Space.com. "What's the origin of those magnetic anomalies? The moon doesn't have a global magnetic field. Yet it has these sections of magnetized crustal rock."

Until a rover gets down there and takes measurements, it will be unclear whether the lunar swirls actually deflect enough solar wind and cosmic radiation to be helpful. All the same, Blewett told Space.com that there's a clear effect.

"Think of it as rain rolling off an umbrella: You stay dry, but a ring around you gets extra wet from the runoff from the umbrella," he told Space.com