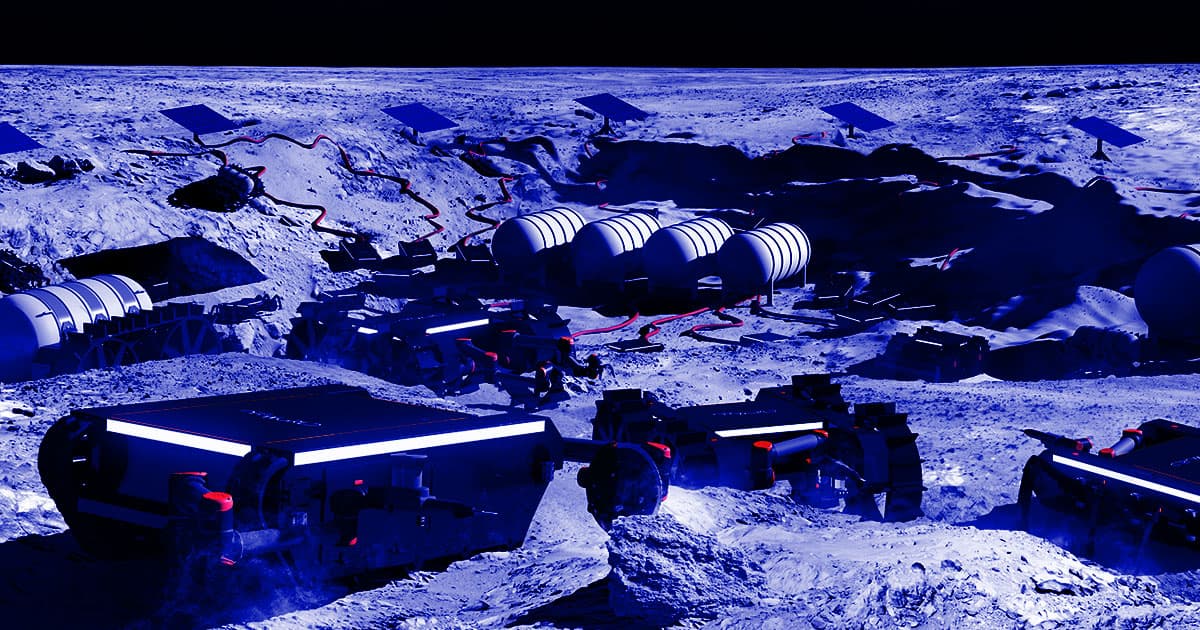 "They operate in swarms, collaborating together, making decisions on their own."

"They operate in swarms, collaborating together, making decisions on their own."

Its plan is to send swarms of smart robots to the surface of distant moons and planets to extract resources including water, in the form of ice, and minerals. First stop: the Earth's Moon.

"They operate in swarms, collaborating together, making decisions on their own," CEO Jim Keravala told Space.com. For instance, "they can sense where the minerals and ore exist […] and act accordingly."

According to OffWorld's "master plan", the robots will be small, solar-powered, and capable of acting autonomously.

"We have started from the beginning and are currently focusing on developing the first generation of our mining robots for the terrestrial mining sector," reads the plan.

While deployment is years out — if the company even makes it to the launch pad — the startup is hoping to teach its robots how to do the dirty work using machine learning.

Eventually, OffWorld hopes to have the robots extract ice water on the lunar surface to supply rocket propellant and to support basic construction services for future lunar missions.

In the long term, the 26-employee company is eyeing resource extraction on asteroids and on the surface of Mars.

"At some point in time — I hope it's before we have our first woman and man on the surface — we will be deploying our lunar variants to the lunar surface," Keravala added.