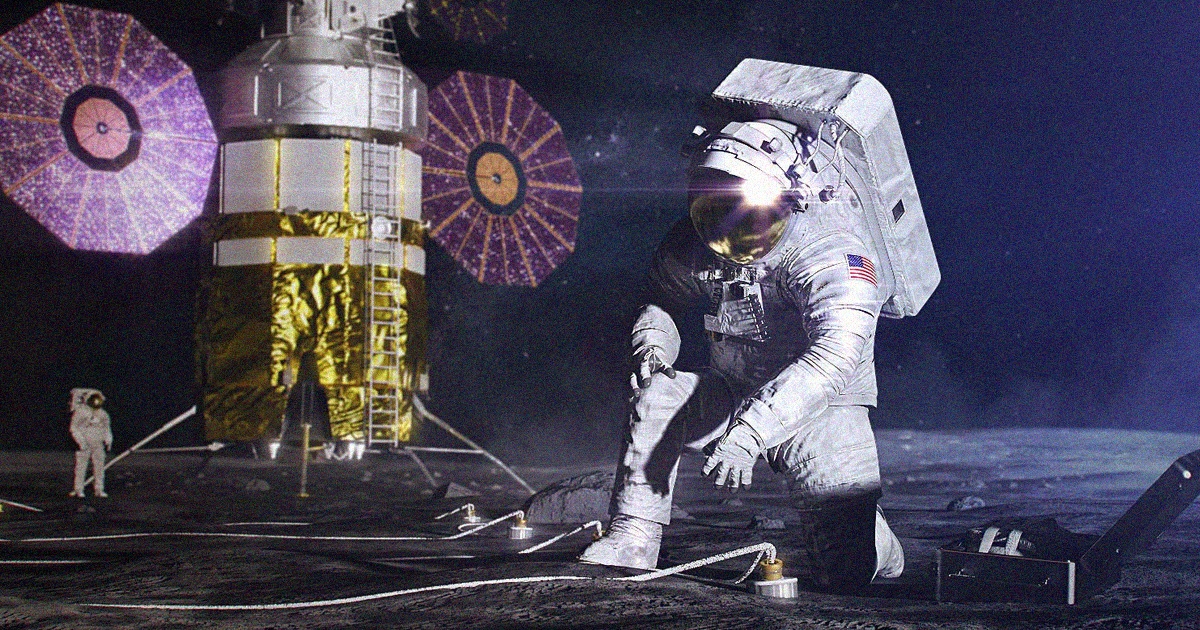 NASA really needed a new spacesuit for its 2024’s Artemis Moon mission — and now it has not one but two.

On Tuesday, the agency demonstrated the Orion Crew Survival System, a suit designed to be worn while an astronaut is in a spacecraft — during lift-off and re-entry, for example. And it also showed off the Exploration Extravehicular Mobility Unit, a new suit that functions as a personal spaceship of sorts, keeping astronauts safe when they’re outside a spacecraft, such as during a spacewalk or Moonwalk.

NASA last sent an astronaut to the Moon’s surface in 1972.

That means it’s had decades to consider how it might improve on the old spacesuit design. And according to a NASA news release, practically every part of the spacesuit, from its helmet down to its boots, has been updated with new and better tech.

Another change: while the suits worn by previous Moon-visiting astronauts came in just standard sizes — small, medium, large, etc. — each crew member for the Artemis mission will have their suit customized to fit their exact body size and shape.

“The Artemis Generation of spacesuits will fit everyone,” NASA Administrator Jim Bridenstine said during the suit demonstration, according to CNN. “We want every person who dreams of going into space to have that opportunity.”

READ MORE: These are the new spacesuits for the first woman and next man on the moon [CNN]

Weredata
Startup Announces Plans to Bury Server Farm on the Moon
Yesterday
Read More
Round Trip
NASA Reveals Early Plans to Send Two Astronauts to Surface of Mars
May 18
Read More
Death Watch
Goodnight Sweet Prince: NASA is Officially Killing Its Mars Lander
May 17
Read More
+Social+Newsletter
TopicsAbout UsContact Us
Copyright ©, Camden Media Inc All Rights Reserved. See our User Agreement, Privacy Policy and Data Use Policy. The material on this site may not be reproduced, distributed, transmitted, cached or otherwise used, except with prior written permission of Futurism. Fonts by Typekit and Monotype.