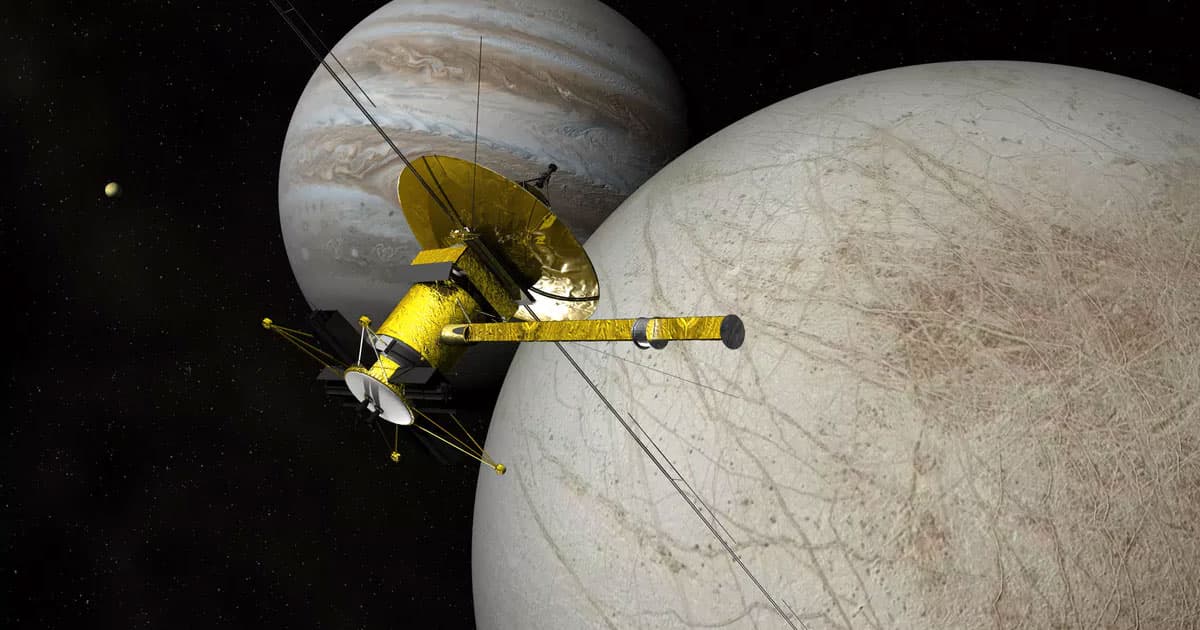 Europa's ocean of salty water is one of the most promising places in the solar system to look for life.

Europa's ocean of salty water is one of the most promising places in the solar system to look for life.

NASA has announced that it's completing the final designs, and eventually constructing and testing, a spacecraft that could visit Jupiter's icy moon Europa to look for signs of life. The agency is looking at a launch date as early as 2023.

The mission, dubbed Europa Clipper, involves sending a reconnaissance orbiter to Europa to find out if its salty subsurface ocean has the right conditions to harbor life.

“We are all excited about the decision that moves the Europa Clipper mission one key step closer to unlocking the mysteries of this ocean world,” said Thomas Zurbuchen, associate administrator for the Science Mission Directorate at NASA HQ in Washington, in a statement.

Europa, first discovered in 1610 by Galileo Galilei, is only 65 percent the mass of Earth's Moon. Previous evidence suggests that the icy moon features an entire ocean of liquid water beneath a thick crust of water ice. Scientists hypothesize that these subsurface oceans could meet the criteria to allow carbon-based lifeforms to exist.

The Clipper spacecraft will feature a suite of cameras, spectrometers, and radar to investigate how thick Europa's icy shell is during a total of 45 flybys. According to NASA, the closest planned flyby will have the spacecraft approach Europa to an altitude of just 16 miles.

In April, NASA tested the Europa Clipper's high gain antenna that will be responsible for sending back high-resolution images and scientific data.