Study: There’s Way More Water on the Moon Than We Thought

Shadowed lunar craters could harbor millions of tons of ice. 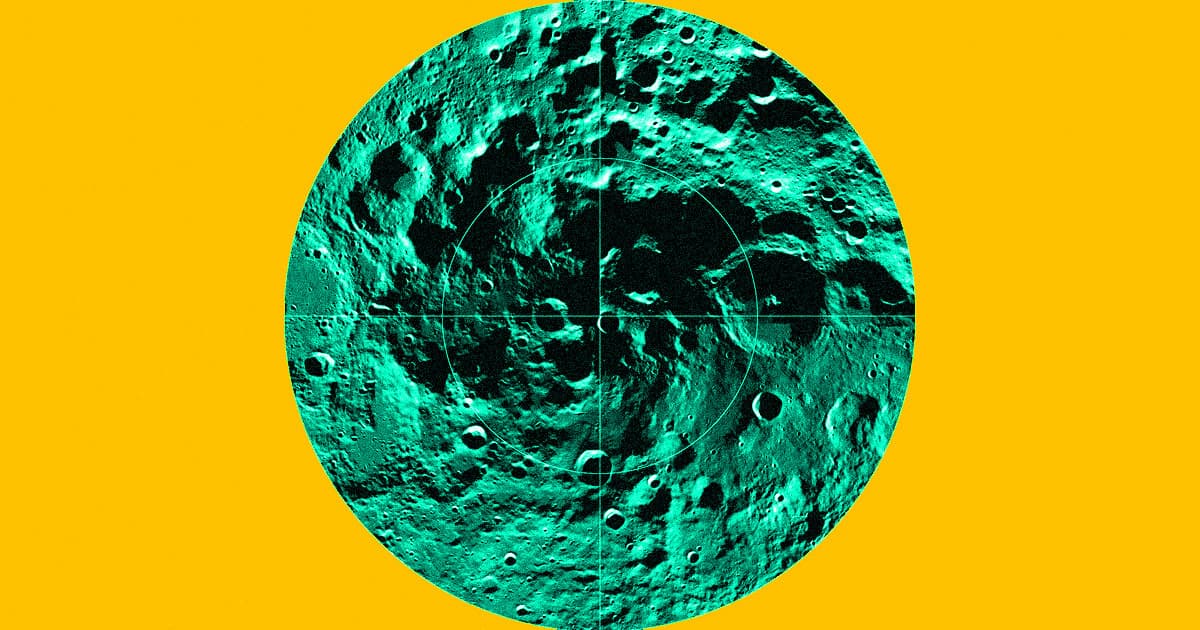 A team of researchers at the University of California says that there could be way more ice water on the surface of the Moon than previously believed — and that could be a huge deal for future missions to the Moon.

By comparing shaded areas that are protected from the Sun on the surface of Mercury with similar shadowed craters on the Moon, they concluded that ice deposits, sometimes several meters thick, could survive inside shadowed craters near the Moon’s south pole.

Since they’re shielded from the Sun and endure temperatures as low as -233 Celsius at night, the interiors of those craters could harbor plenty of ice, according to the researchers. Their research was published in the journal Nature Geoscience on Monday.

The team analyzed data from NASA’s MESSENGER spacecraft, a robotic orbiter that spent four years in the orbit of Mercury, and found that it suggested there could be caches of ice in permanently shaded craters.

Previous evidence collected by NASA’s LRO probe, which crashed into the surface of the Moon in 2009, suggests that some of its craters partially consisted of water and ice vapor.

A different study, published earlier this month by scientists from NASA’s Goddard Space Flight Center, also found that these south pole craters could house and trap water — but substantially less than what the team from the University of California is now suggesting.

Since the Moon lacks an atmosphere, the contents of the craters are exposed to incoming meteor impacts and ionized gases from the Sun known as solar wind. Erosion then kicks up the water particles to outside the crater, where it can be spotted by instruments on board spacecraft such as NASA’s Lunar Reconnaissance Orbiter.

“People think of some areas in these polar craters as trapping water and that’s it,” said William M. Farrell, research lead, said in a statement. “But there are solar wind particles and meteoroids hitting the surface, and they can drive reactions that typically occur at warmer surface temperatures. That’s something that’s not been emphasized.”

It’s unlikely we’ll learn precisely how much water is trapped in these shadowed lunar craters until we send astronauts to see it for themselves. In the best case scenario, though, some 12,000 shaded craters on the Moon could hold potentially millions of tons of ice — which could make plans for establishing a permanent base on our closest heavenly neighbor a lot more feasible.

READ MORE: Study suggests much more water on the moon than thought [Phys.org]

More on moon water: Australia Has a Plan to Mine Moon Water