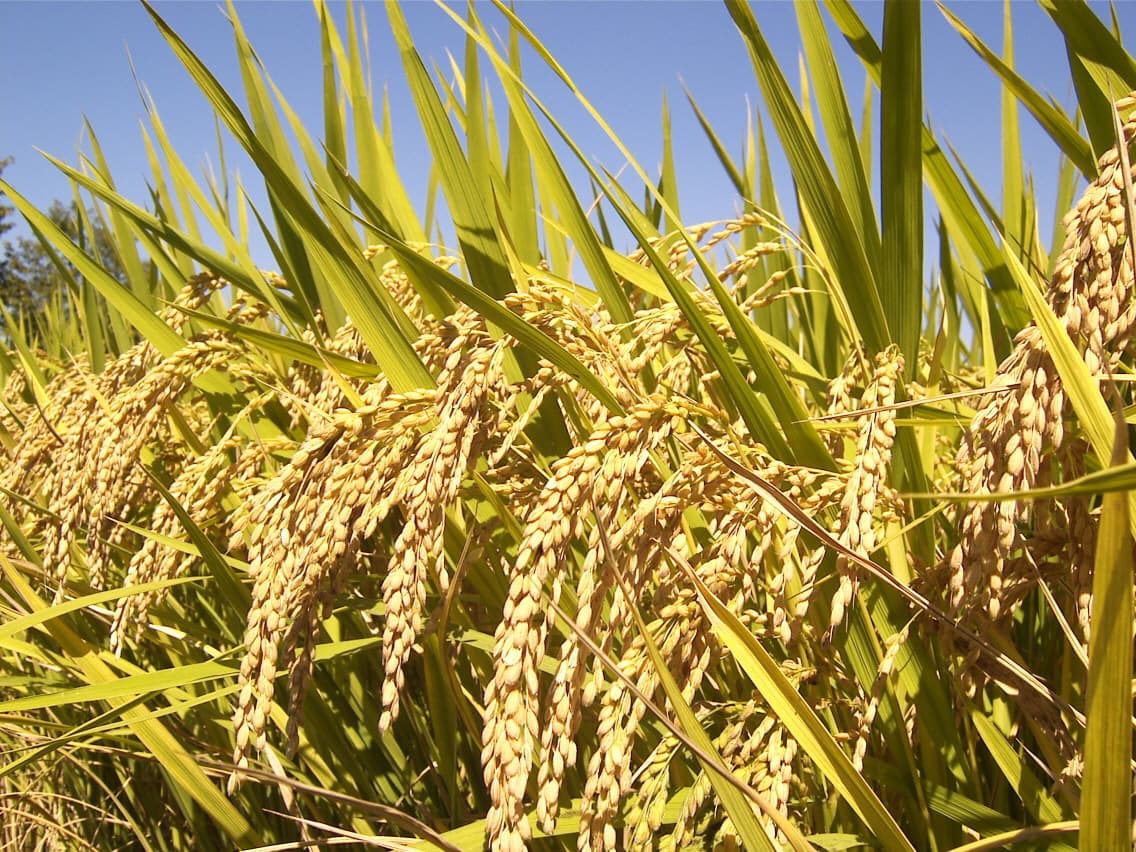 Rice is the most important food crop in the world, that's a given. It is the staple food for nearly half of the world's population. More than 3 billion people depend on rice every day, especially in Asia where the majority of the world's poorest people live. But beyond easing hunger pains and providing carbohydrates for energy, rice has little nutritional value.

This means people who subsist mainly on rice are effectively missing out on essential micronutrients such as iron, zinc, and pro-vitamin A—a situation that nutritionists refer to as "hidden hunger."

Data from the World Health Organization showed that 2 billion people around the world are anaemic, in many cases due to iron deficiency. Considered as the most common and widespread nutritional disorder in the world, this condition poses a fatal health risk to pregnant women and their children.

But researchers at University of Melbourne may have found a way to alleviate iron deficiencies using—what else?—rice.

In a study published in Scientific Reports, plant geneticist Dr. Alex Johnson and his colleagues described how they were able to develop a genetically modified rice that produces high-yielding grain with significantly more iron and zinc through a process called biofortification.

Rice grains typically contain 2-5 parts per million (ppm) of iron, and the team's goal is to increase that to at least 13 ppm to effectively address iron-deficiencies in rice-based diets. The researchers also hoped to increase the amount of zinc from 16 ppm to 28 ppm. The best news? The team surpassed their goal, managing to get to 15 ppm of iron and 45 ppm of zinc.

"The results shows that this technology actually works in the field, not just in the glasshouse," said Dr. Johnson, from the School of BioSciences. "We exceeded our biofortification targets and the rice was just as high yielding as existing rice varieties.''

Now, we know that genetically modified organisms are still a taboo subject. So of course, Johnson's team tested if our bodies would readily absorb the increased quantities of iron and zinc by feeding the biofortified rice to Caco-2 cells, a human cell line that can be grown in the lab to resemble cells of the small intestine.

"There are no deal breakers in these results. We have proven our concept in a major variety of rice, and we are now ready to move this into a developing country," said Johnson.

Read This Next
Futurism
Genetically Modified Apple That Doesn't Brown Hits US Stores This Month
Futurism
USDA Approves Sale of Non-Browning GMO Apples
Futurism
Engineering Nature: How Improved Photosynthesis Could Feed the World
Futurism
Modified Bacteria Could Cure a Fatal Genetic Disorder Found in Infants
Futurism
Monsanto Just Got the First CRISPR License to Modify Crops
More on Hard Science
Tractor Beam
2:13 PM on the byte
Scientists Build Working Tractor Beam, Although It's Comically Tiny
Having a Blast
Jan 18 on the byte
New Study Shows Where You Should Hide to Survive a Nuclear Attack
Offworld Amino
Jan 15 on the byte
Scientists Find Building Blocks of Life in Meteor That Smashed Into Family's Driveway
READ MORE STORIES ABOUT / Hard Science
Keep up.
Subscribe to our daily newsletter to keep in touch with the subjects shaping our future.
+Social+Newsletter
TopicsAbout UsContact Us
Copyright ©, Camden Media Inc All Rights Reserved. See our User Agreement, Privacy Policy and Data Use Policy. The material on this site may not be reproduced, distributed, transmitted, cached or otherwise used, except with prior written permission of Futurism. Articles may contain affiliate links which enable us to share in the revenue of any purchases made.
Fonts by Typekit and Monotype.