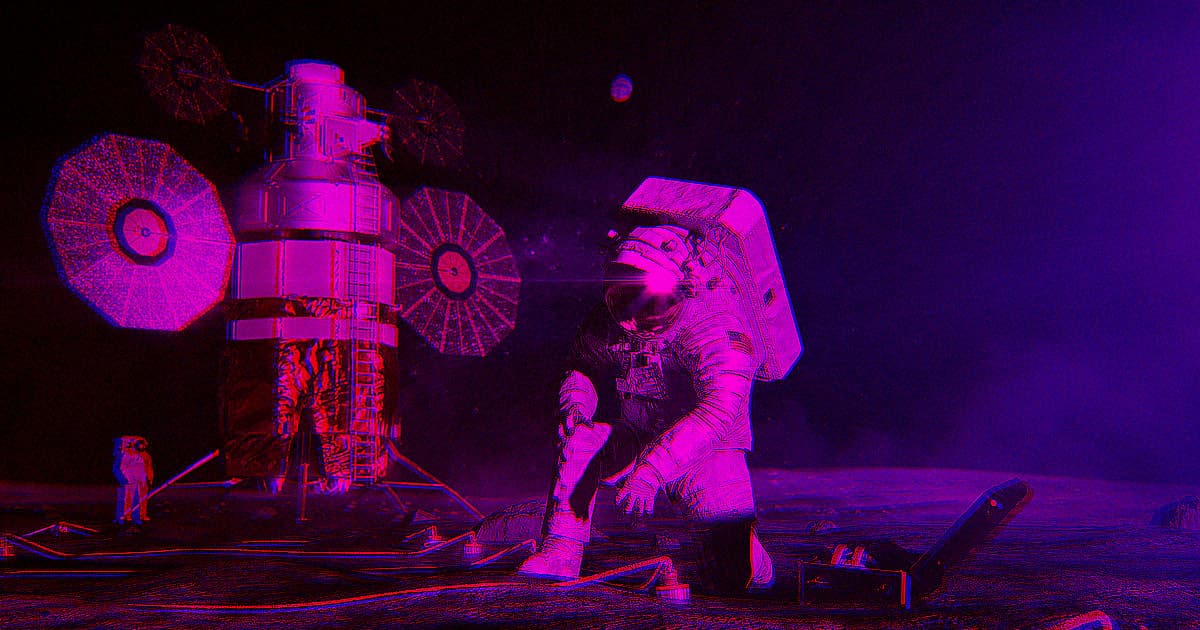 NASA: Four Astronauts Will Stay on the Moon For Two Weeks

During Wednesday's annual meeting of the Lunar Exploration Analysis Group, John Connolly and Niki Werkheiser said that NASA plans for the next two astronauts on the Moon's surface to post up for 6.5 days, according to a new Ars Technica story — twice as long as any NASA astronauts before them.

Long Walks on the Moon

Connolly and Werkheiser said that the astronauts may conduct as many as four spacewalks while on the Moon's surface. During those walks, they'll sample water ice and perform other scientific observations.

The pair also shared details on an unpressurized rover NASA plans to send to the Moon's surface ahead of the crewed mission. NASA is designing the rover so that astronauts will be able to control it remotely, according to Connolly and Werkheiser — a capability Ars described as "like Tesla's 'Smart Summon' feature, only on the Moon."

The scientists told the Lunar Exploration Analysis Group that NASA is already looking beyond the next crewed mission to the Moon, with plans to send a team of four astronauts to the lunar surface for 14-day-long missions before 2030.

However, Congress still hasn't approved the funding NASA needs for the 2024 mission, so whether it can meet any of these goals is still unclear.

More on Artemis: Congress Is Preparing to Kill 2024 Moon Mission