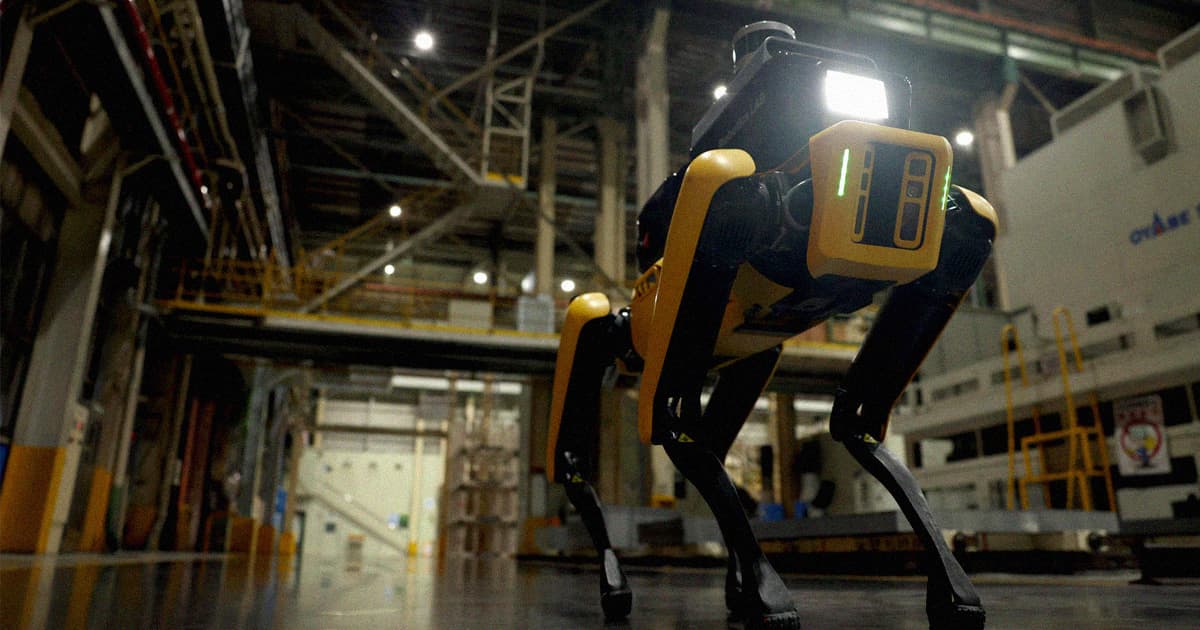 "The Robot will help detect risks and secure people’s safety in industrial sites."

"The Robot will help detect risks and secure people’s safety in industrial sites."

Robotics company Boston Dynamics has announced that it's started a pilot program for a robot guard dog on Friday.

The guard dog is known as Spot and is technically known as a "Factory Safety Service Robot," according to a press release from Hyundai, which acquired Boston Dynamics in June 2021. The carmaker says that the robot has begun operations at a Kia plant in South Korea.

Spot will be equipped with a number of different tools to help keep Hyundai’s factories safe.

This includes an integrated thermal camera and a 3D LIDAR sensor to detect people around it as well as possible fire hazards. It will also be able to send alarms to factory managers in case it detects a danger.

Spot can be controlled remotely and it can also move autonomously, allowing it to conduct night patrols with or without a handler.

Hyundai’s robot guard dog echoes an instance earlier this year in which the New York City Police Department (NYPD) "employed" Spot to assist with police work. This sparked a whole bunch of public outrage that resulted in the NYPD quietly firing the police dog.

It’s important to note that Boston Dynamic’s terms of service strictly forbid their robot dog from being used to "harm or intimidate any person or animal, as a weapon, or to enable any weapon."

So let’s hope that the Kia guard dog is well-trained and sticks to spotting and alerting the factory of any dangers that might come about — though admittedly it’d be cool if it tried to fight a wannabe criminal that broke into the factory.

More on Spot: Boston Dynamics Robot Runs Out of Battery During Military Combat Drill, Needs to Be Carried