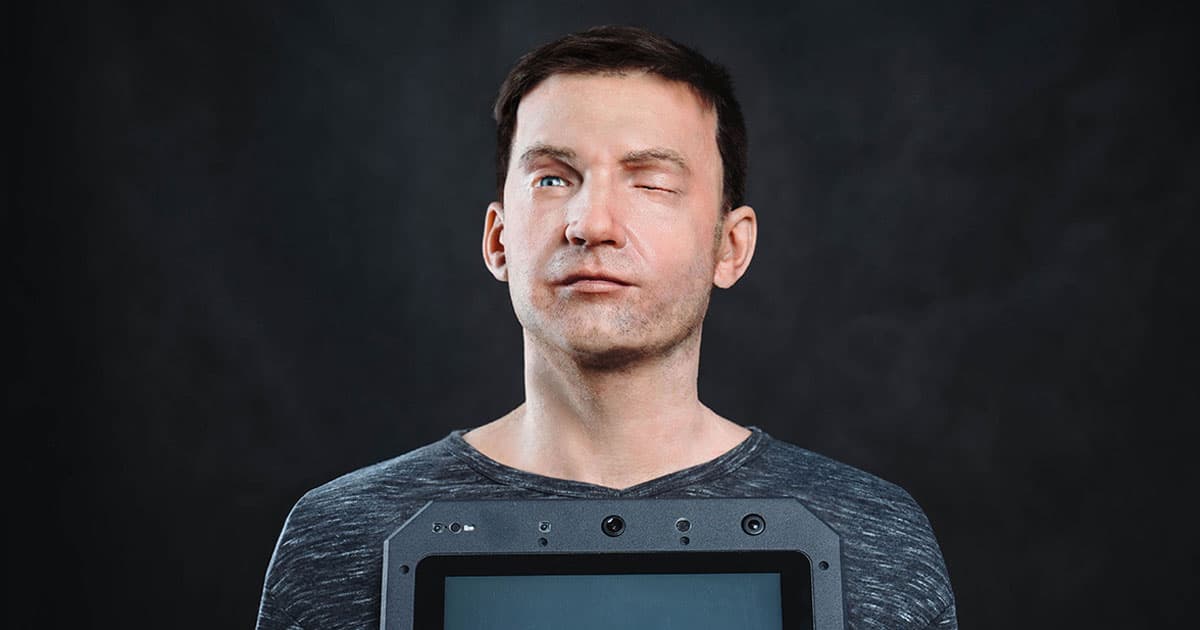 A Russian Startup Is Selling Robot Clones of Real People

The company says it's offering its customers "digital immortality."

The company says it's offering its customers "digital immortality."

Russian startup Promobot is now selling autonomous androids — and buyers can choose to make the robots look like any person on Earth.

“Everyone will now be able to order a robot with any appearance — for professional or personal use,” Aleksei Iuzhakov, Chairman of Promobot’s Board of Directors, said in a press release, later encouraging people to “imagine a replica of Michael Jordan selling basketball uniforms and William Shakespeare reading his own texts in a museum.”

Promobot’s Robo-C can’t walk, but its neck and torso each have three degrees of freedom of movement, according to the startup’s website. Its face has 18 moving parts, which allow the robot to produce 600 micro-expressions, and its AI boasts 100,000 speech modules.

“The key moment in development [of Robo-C] is the digitization of personality and the creation of an individual appearance,” Promobot co-founder Oleg Kivokurtsev told CNBC. “As a result, digital immortality, which we can offer our customers.”

One of the bots will be stationed in a government service center where it will perform several functions, including passport scans. Another will be a clone of Albert Einstein for a robot exhibition.

The last two, according to the CNBC story, will be robot clones of the father and mother in a Middle Eastern family, which wants the bots for the bizarre purpose of “greeting guests.”

READ MORE: Insanely humanlike androids have entered the workplace and soon may take your job [CNBC]

More on androids: Russia Built a Grotesque Robot Newscaster and Put It on TV

Chronos Attachment Can Turn Your Analog Timepiece into a Smartwatch
11. 7. 15
Read More
Florida Man
Florida Is Trying to Get Its Own Military, God Help Us All
2:35 PM
Read More
This Sucks!
Trump’s Former Lawyer Is Selling His Prison Badge as an NFT
Yesterday
Read More