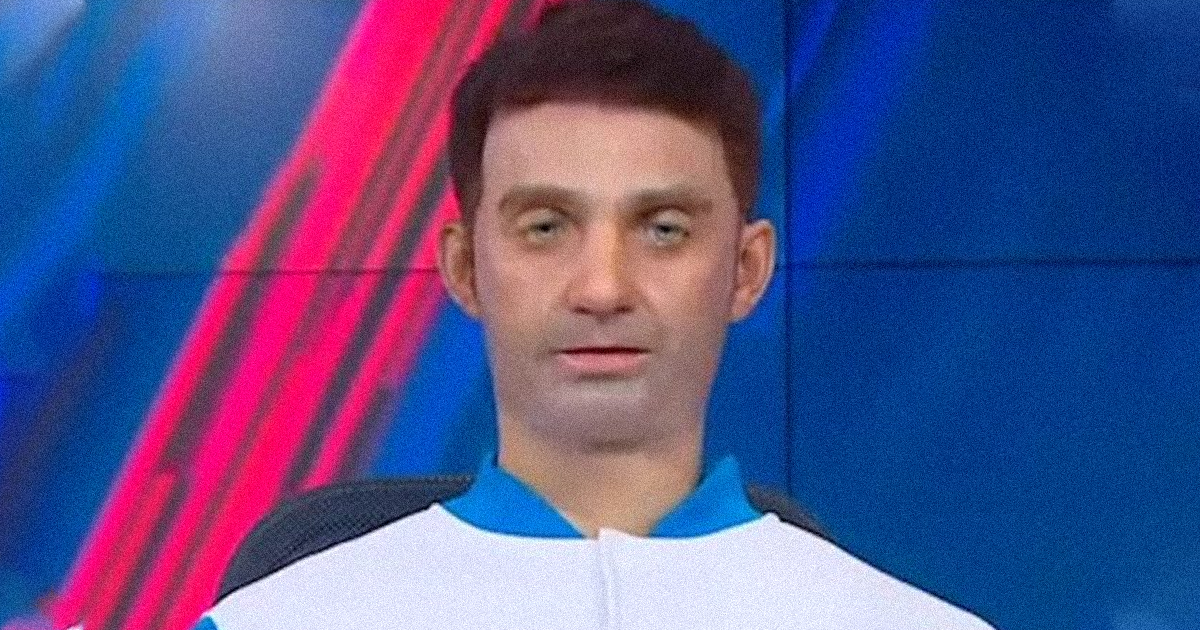 Russia Built a Grotesque Robot Newscaster and Put It on TV

A robot TV anchor accused a mayoral candidate of kicking a homeless cat.

A robot TV anchor accused a mayoral candidate of kicking a homeless cat.

A humanoid robot TV news anchor named Alex read the news yesterday on Russia-24, a state-owned television channel. The silicone-faced anchor presented some run-of-the-mill updates — and even touched on a lurid case in which local authorities were hunting down a mayoral candidate who allegedly kicked a homeless cat.

The unsettling humanoid TV anchor was built by Russian startup Promobot. So far, the company has mostly produced screen-faced service robots for local banks. Alex's terrifying silicone face moves thanks to 29 motors, and is modeled to look like the company's founder Alexei Yuzhakov, according to The Telegraph.

You can be the judge whether it's a good likeness.

In a similar — yet unrelated — example of Russian robotics on state TV, Russia-24 showed footage a humanoid robot called "Robot Boris" on stage at a youth forum about robotics in December 2018. The twist: it turned out to be a man in a suit.

Alex is definitely a robot though. Or at least we hope he is.

More on Russian robots:Russian TV Tried to Pass a Man in a Suit off as A High Tech Robot

Thanks, but No Thanks
Oakland Police Want to Arm Robots With Shotguns, Because We Live in a Dystopian Nightmare
10. 17. 22
Read More
Unholy Diver
Terrifying Humanoid Diving Robot With "Human" Sense of Touch Explores Shipwreck
8. 1. 22
Read More
Typical Day In Russia
Watch Russia's New Shotgun-Wielding Drone in Action
4. 2. 19
Read More
+Social+Newsletter
TopicsAbout UsContact Us
Copyright ©, Camden Media Inc All Rights Reserved. See our User Agreement, Privacy Policy and Data Use Policy. The material on this site may not be reproduced, distributed, transmitted, cached or otherwise used, except with prior written permission of Futurism. Articles may contain affiliate links which enable us to share in the revenue of any purchases made.
Fonts by Typekit and Monotype.