Even a human with a hockey stick can’t stop the robot dog. 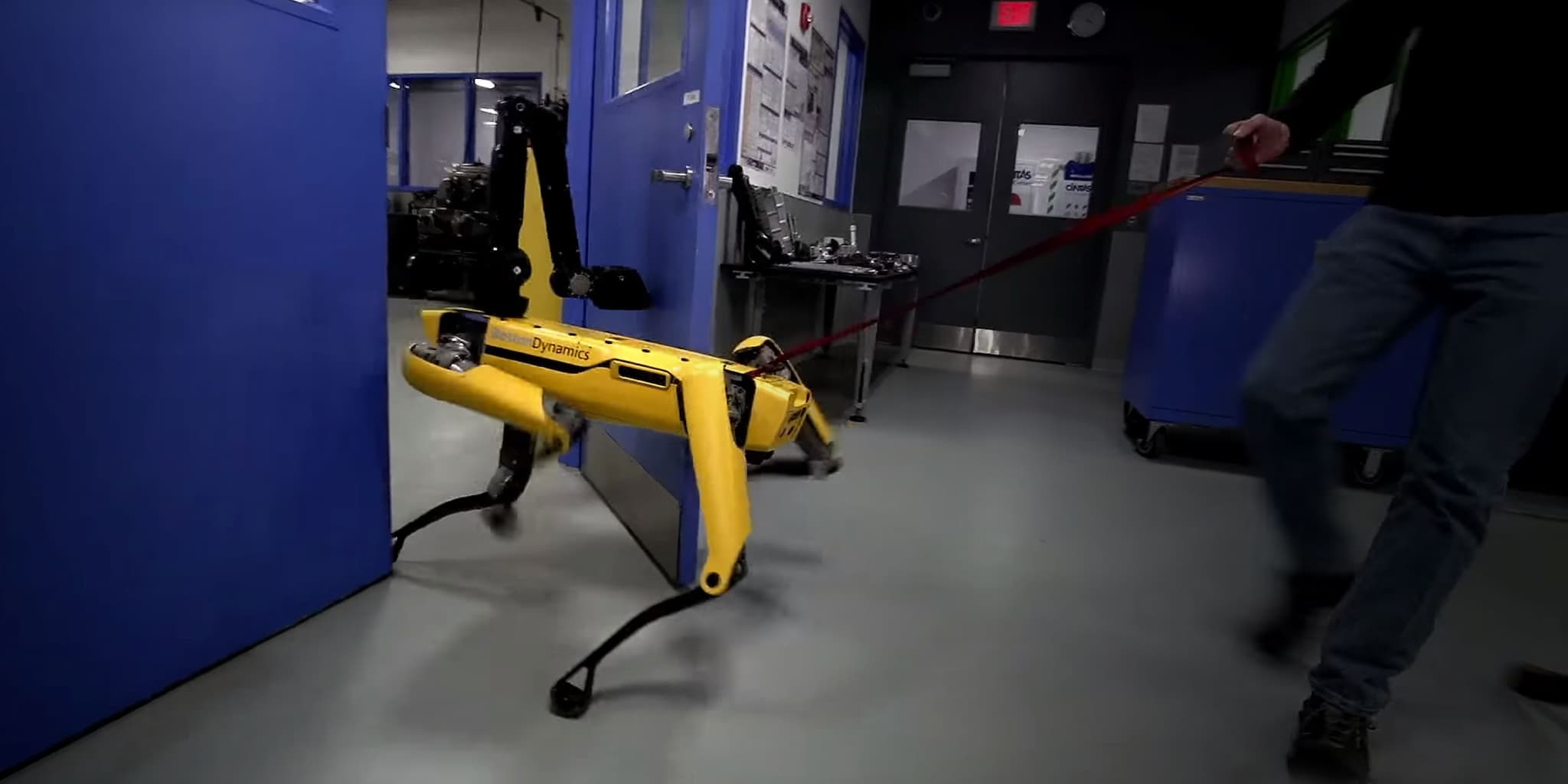 In early February, Boston Dynamics's SpotMini robot impressed the world with its new ability to open a door all by itself and then hold it open for a fellow robot to walk through. Now, Boston Dynamics and SpotMini are back to show off the latter's dedication to opening doors.

On February 20, Boston Dynamics shared a new video in which SpotMini once again approaches the now-familiar door. This time, however, the bot is met with resistance in the form of a person wielding a hockey stick. The conflict between man and machine lasts roughly 30 seconds before one emerges victorious.

"Software provides locomotion, balance, and adjusts [SpotMini's] behavior when progress gets off track," reads the video's YouTube description. "The ability to tolerate and respond automatically to disturbances like these improves successful operation of the robot."

The video isn't meant to highlight how terrible people can be but rather SpotMini's ability to adapt to external forces and stay on task. It's also another concrete example future robots and artificial intelligences (AI) will be able to cite when trying to prove humans used to be mean to them.

Boston Dynamics seems to be aware that the public may react negatively to a clip that features what looks like a (headless) robot dog just trying to do its best. "This testing does not irritate or harm the robot," reads a note in the video's description.

Any scenario you can imagine has the possibility of being equal parts entertaining and terrifying.

Read This Next
Quacks Like a Duck
Watching Elon Musk's Robot Back to Back With Boston Dynamics Is... Something
Diner Drama
People Furious at Robot Serving Pancakes at Denny's
Wait What
FCC Commissioner Says He's Afraid of Robodogs and We Can't Tell If He's Joking
Bot Crime
Experts Shocked by Military Robodog With Sniper Rifle Attachment
Good Riddance
After Public Rage, NYPD Secretly Fires Robot Dog
More on Robots & Machines
From the Dept. of...
Yesterday on futurism
The Best Mini Fridges of 2023
Blow Up Doll
Monday on the byte
Ukraine Accuses Russia of Using Inflatable "Dummy Tanks," Which Deflated
From the Dept. of...
Monday on futurism
The Best UPS Battery Backups of 2023
READ MORE STORIES ABOUT / Robots & Machines
Keep up.
Subscribe to our daily newsletter to keep in touch with the subjects shaping our future.
+Social+Newsletter
TopicsAbout UsContact Us
Copyright ©, Camden Media Inc All Rights Reserved. See our User Agreement, Privacy Policy and Data Use Policy. The material on this site may not be reproduced, distributed, transmitted, cached or otherwise used, except with prior written permission of Futurism. Articles may contain affiliate links which enable us to share in the revenue of any purchases made.
Fonts by Typekit and Monotype.