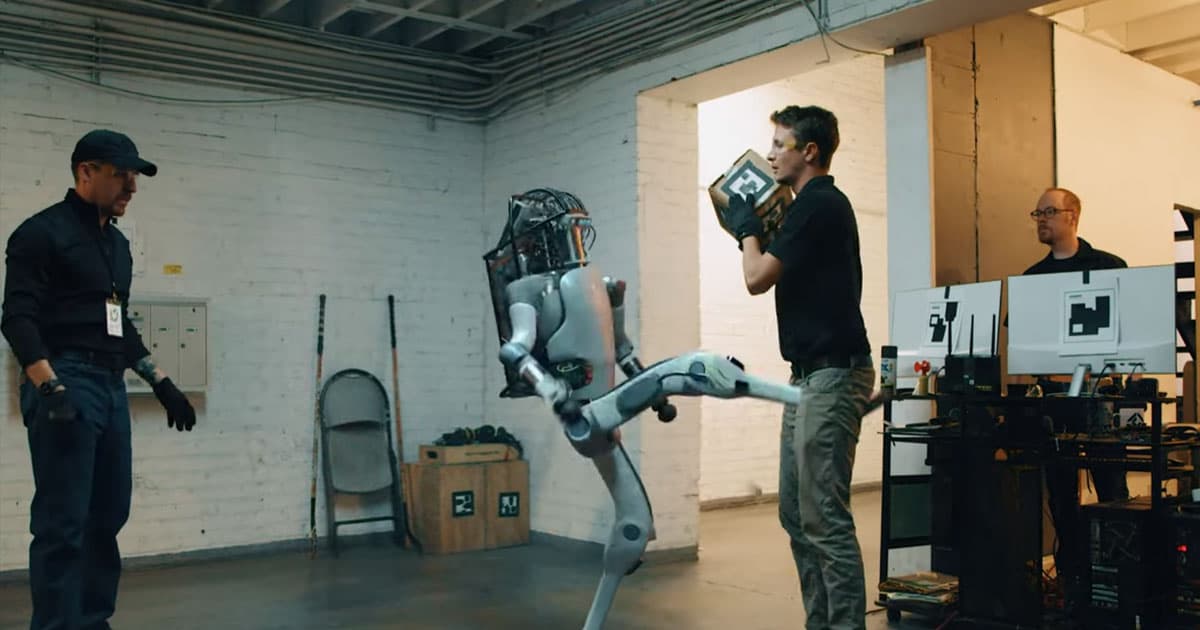 Engineers might want to rethink how they test the "robustness" of their robots.

Engineers might want to rethink how they test the "robustness" of their robots.

Boston Dynamics is known for releasing impressive videos of its robots doing everything from dancing to mastering parkour courses. And sometimes, it'll share a video showing how the company's engineers test its bots' "robustness" — by whacking them with hockey sticks, for example.

Now, Los Angeles-based production studio Corridor Digital has released a parody robot video imagining what might happen if the bots get fed up with the abuse — and it's equal parts hilarious and chilling.

In the clip, engineers at "Bosstown Dynamics" put a bipedal robot through the paces of handling packages, seemingly preparing it for work at a shipping warehouse.

But soon, they begin hitting the bot with a level of abuse typically reserved for backyard wrestlers or "Jackass" imitators. They smack the robot across the back with a folding chair, blind it with spray paint, and crack an actual whip at it.

At one point, the engineers even begin shooting at the robot — all while expecting it to continue handling the packages.

Eventually, the robot snaps — a few well-placed kicks later, and it's the one wielding a pistol while the engineers carry the boxes.

Clearly, the video is meant to be funny, and it is. But it also plays into the very legitimate concern that humanity might create a technology it can't control —  and what could happen if that technology decides to turn on humans.

More on AI: Ethicist Warns: Future AI Could Take Revenge for How We Treat It Now