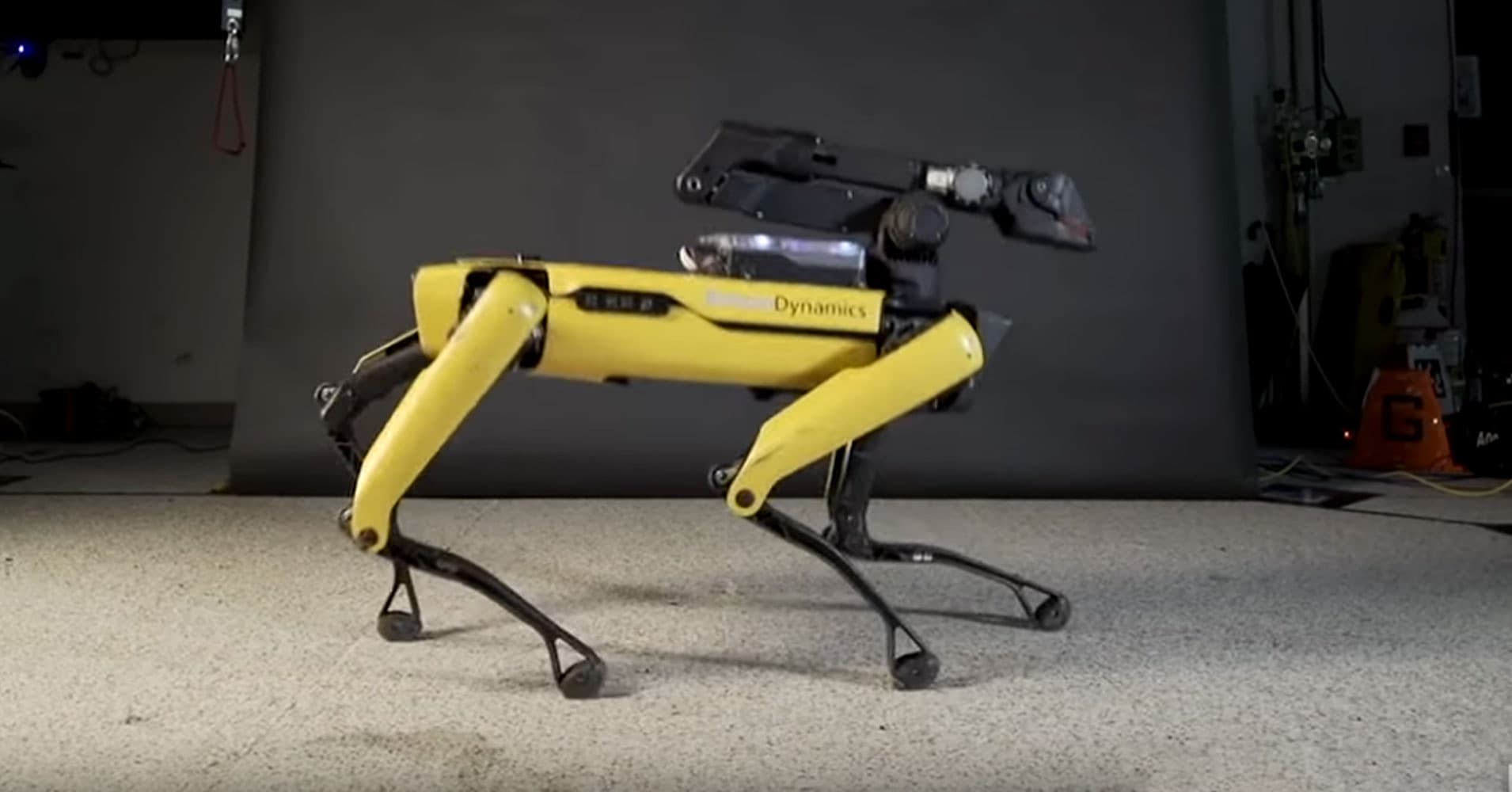 We in the Spot

SpotMini gon' give it to you.

SpotMini gon' give it to you.

The last time we saw Boston Dynamics's dog-like robot SpotMini, it was on the job, prancing around a construction site to demonstrate its surveying skills.

But all work and no play makes SpotMini a dull bot. Sometimes, a robodog just wants to dance.

In the clip, the bot demonstrates a bevy of surprising slick moves. It twerks. It moonwalks. It suggestively gyrates its robot hips while seemingly staring directly into your soul.

Clearly, if things don't work out in the construction industry, SpotMini could always pursue a career as a backup dancer. And that's great because even a robodog needs to have options.

More on SpotMini: Watch Boston Dynamics' Lazy Robodog March Around a Construction Site Without Helping at All

From the Dept. of Things to Buy
The Best MIDI Keyboards in 2023
Jan 27
Read More
From the Dept. of Things to Buy
The Best Soundbars of 2023
Jan 4
Read More
Quacks Like a Duck
Watching Elon Musk's Robot Back to Back With Boston Dynamics Is... Something
10. 4. 22
Read More
+Social+Newsletter
TopicsAbout UsContact Us
Copyright ©, Camden Media Inc All Rights Reserved. See our User Agreement, Privacy Policy and Data Use Policy. The material on this site may not be reproduced, distributed, transmitted, cached or otherwise used, except with prior written permission of Futurism. Articles may contain affiliate links which enable us to share in the revenue of any purchases made.
Fonts by Typekit and Monotype.