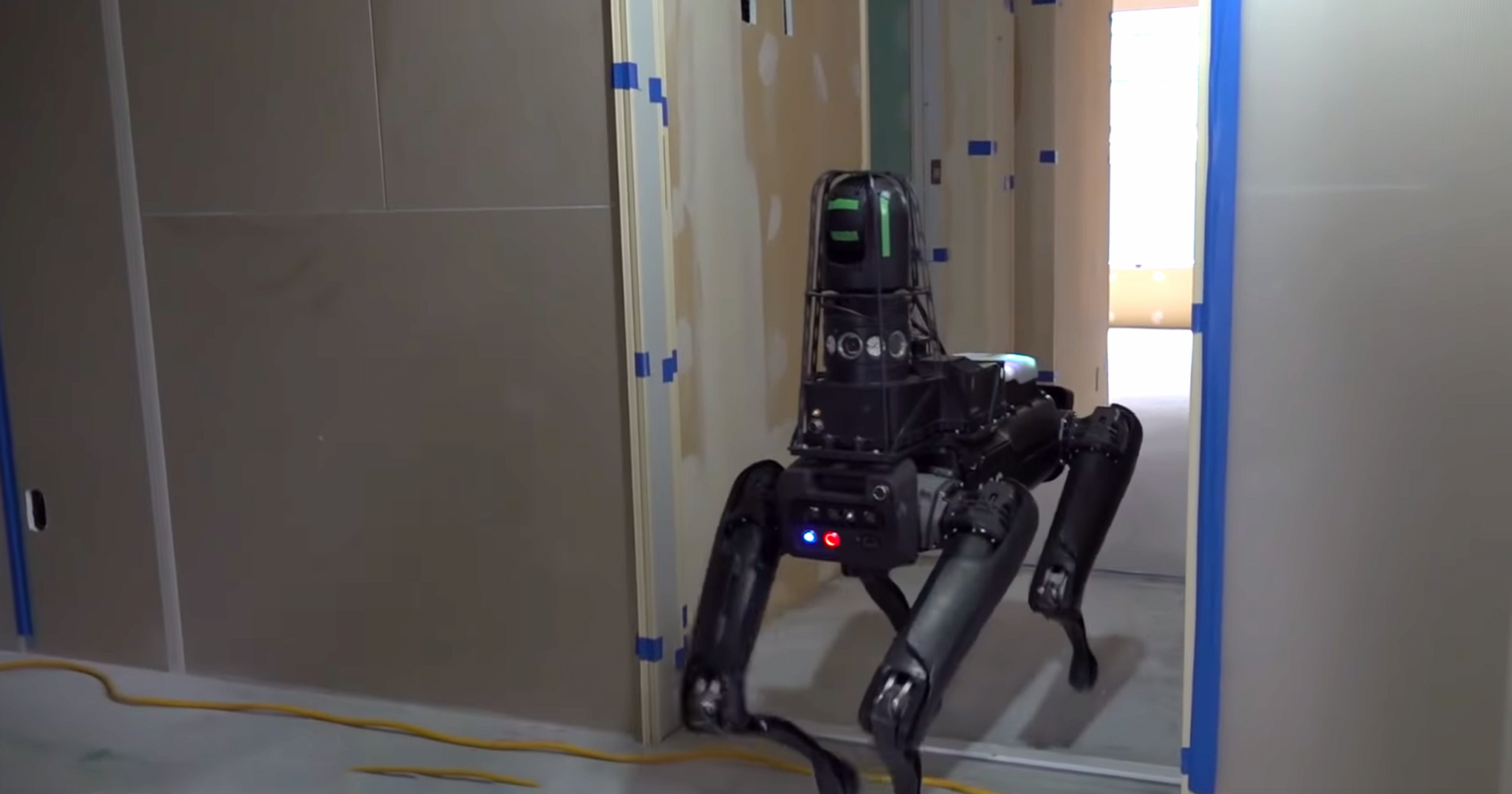 Construction workers: Meet your next supervisor.

Construction workers: Meet your next supervisor.

Thursday morning, Boston Dynamics released a video of its humanoid robot Atlas parkour-ing its way across an obstacle course.

Twelve hours later, the company followed up with a video of its dog-like bot SpotMini. This time, what the bot is doing isn't as important as where it's doing it: on a construction site.

According to the video's description, SpotMini is navigating two construction sites in Tokyo, walking each site once to map it, and then a second time to survey building progress using a specially added camera in its "hand."

Based on the video, the bot clearly has no problem maneuvering through the sites — it prances down narrow hallways, saunters up and down stairs, and steps over short ledges to move between rooms.

Work With a Dog

In May, Boston Dynamics announced that it was building dozens of versions of SpotMini to tackle various commercial tasks, and based on this video, construction supervisor is apparently one of them.

The video's description notes that the bot will be available for purchase in the second half of 2019. So within a year, construction workers could have a new supervisor on site — and while it might not do much, it'll see everything.

READ MORE: Boston Dynamics Is Prepping Its Robot Dog to Get a Job [WIRED]

More on SpotMini: You’ll Be Able to Buy a Boston Dynamics SpotMini Soon, Please Don’t Teach It To Kill