The contract with Boston Dynamics was quietly cut short. 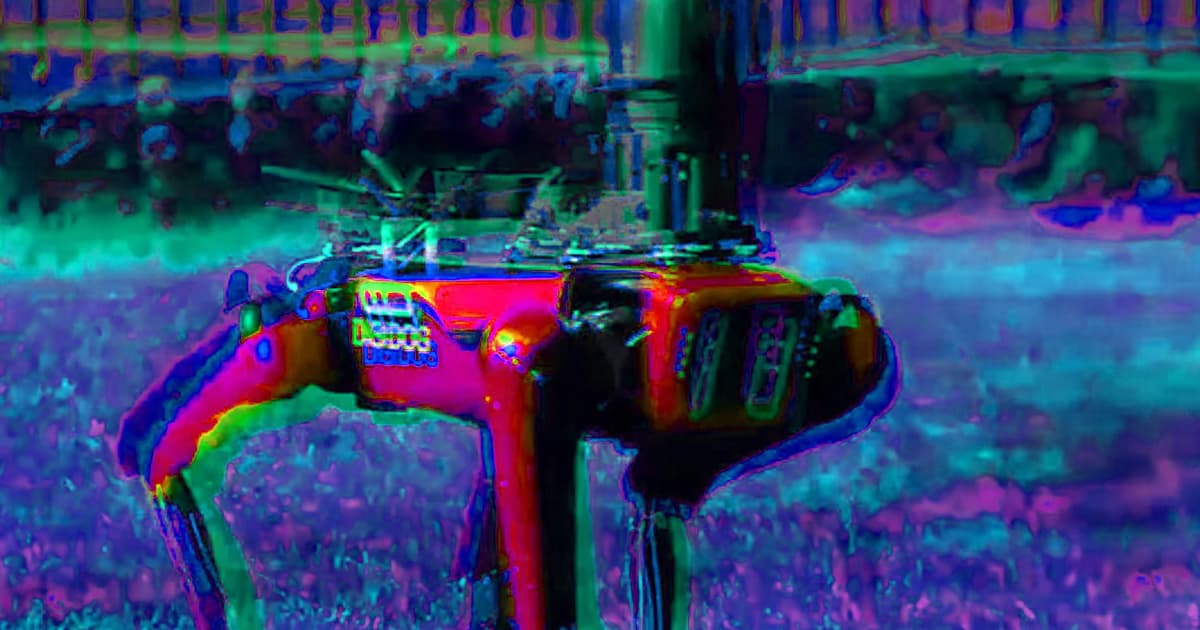 After facing significant backlash for deploying a robot dog, the New York Police Department has decided to cut the experiment short sooner than expected, The New York Times reports.

The robot dog, dubbed Digidog, was a futuristic, four-legged machine built by Boston Dynamics, meant to be deployed in dangerous situations to protect officers.

But after the robot made several public appearances, the rollout was met with fierce criticism. The optics aren't great: a lifeless machine traipsing around a crime scene isn't exactly reassuring to the public.

Now, the police department has decided to return Digidog to Boston Dynamics early — and it tried to do so quietly.

After city council members subpoenaed records related to the device, they found that a contract with Boston Dynamics worth about $94,000 was cut short and terminated on April 22, according to the Times.

According to the Police Department’s deputy commissioner for intelligence and counterterrorism John Miller, the department had a change of mind when the device became a "target."

"People had figured out the catchphrases and the language to somehow make this evil," Miller told the newspaper. He defended the department's use of Digidog and argued it had already deployed robots for nearly 50 years, including bomb squad units that feature robotic arms to defuse live explosives.

But the deployment of Digidog was seen as a needlessly expensive militarization of the police by its many critics.

"At a time where we should be having more beat cops on the street, building relationships with residents, they’re actually headed in another direction in trying to replace them with robots," Democratic Upper East Side representative and city councilor Ben Kallos told the NYT.

Bill Neidhardt, a spokesman for Mayor Bill de Blasio, put it most succinctly, saying that he was "glad the Digidog was put down."

More on Digidog: NYPD Robodog Involved in Arrest of Man With Gun

Read This Next
Wait What
FCC Commissioner Says He's Afraid of Robodogs and We Can't Tell If He's Joking
Bot Crime
Experts Shocked by Military Robodog With Sniper Rifle Attachment
Dog Days
NYPD Robodog Involved in Arrest of Man With Gun
Futurism
Outcry as Video Shows Robodog Patrolling With NYPD
Low Batt
Boston Dynamics Robot Runs Out of Battery During Military Combat Drill, Needs to Be Carried
More on Robots & Machines
FROM THE DEPT. OF...
Thursday on futurism
Best Charging Stations in 2022
FROM THE DEPT. OF...
Wednesday on futurism
Best Vintage Turntables in 2022
FROM THE DEPT. OF...
Wednesday on futurism
Best Gaming Chairs Under $100
READ MORE STORIES ABOUT / Robots & Machines
Keep up.
Subscribe to our daily newsletter to keep in touch with the subjects shaping our future.
+Social+Newsletter
TopicsAbout UsContact Us
Copyright ©, Camden Media Inc All Rights Reserved. See our User Agreement, Privacy Policy and Data Use Policy. The material on this site may not be reproduced, distributed, transmitted, cached or otherwise used, except with prior written permission of Futurism. Fonts by Typekit and Monotype.