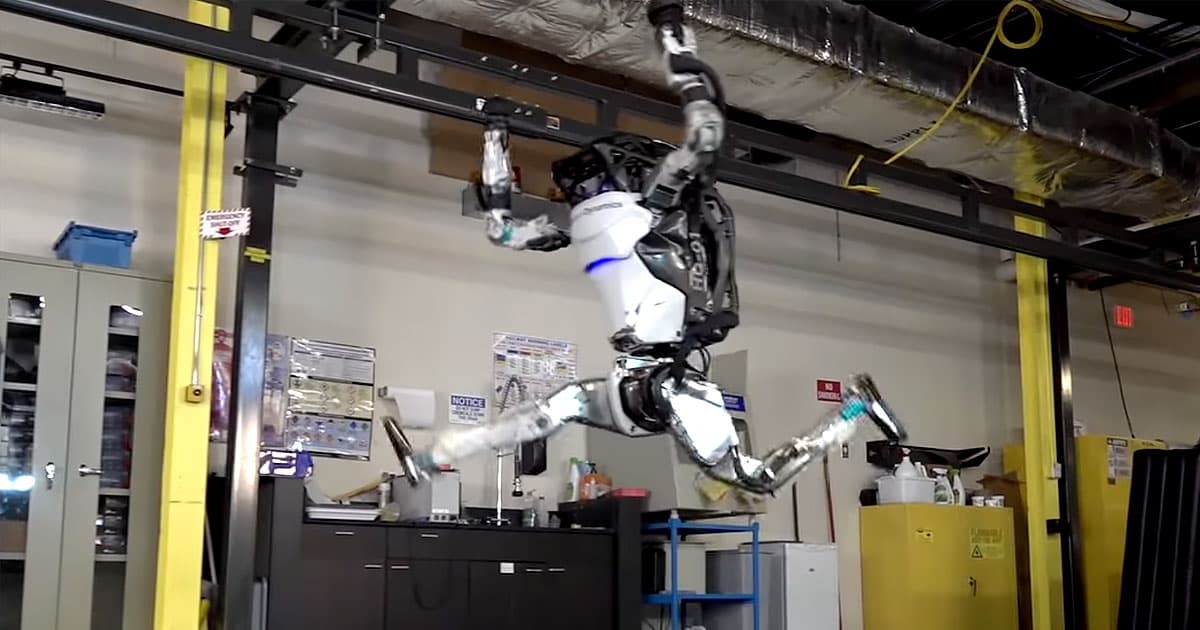 A new video uploaded by Boston Dynamics shows the robotics company’s humanoid robot, Atlas, performing an impressive gymnastics routine — including a handstand, a somersault, and even a 360 jump — all in one fluid motion.

It’s a spectacular display of agility by the nimble, two-legged robot. Previous videos have shown it go for a jog, master parkour, and even play “the floor is lava.”

According to the video’s description, Boston Dynamics used an “optimization algorithm” and “model predictive controller” to make the movements look smooth. The success rate of nailing the routine is “about 80 percent.”

Atlas was first buit in 2013 and has been perfecting its bipedal skills ever since. The latest iteration weighs only 80 kilograms and can amble at an impressive 1.5 meters a second.

Atlas isn’t the only two-footed, life-sized robot around. Russia has developed a similar but arguably less nimble robot called Fedor that visited the International Space Station earlier this year.

More on Atlas: Watch This Hulking Robot Play “The Floor Is Lava”