Meet the Next Generation of Boston Dynamics' Bipedal ATLAS Robot 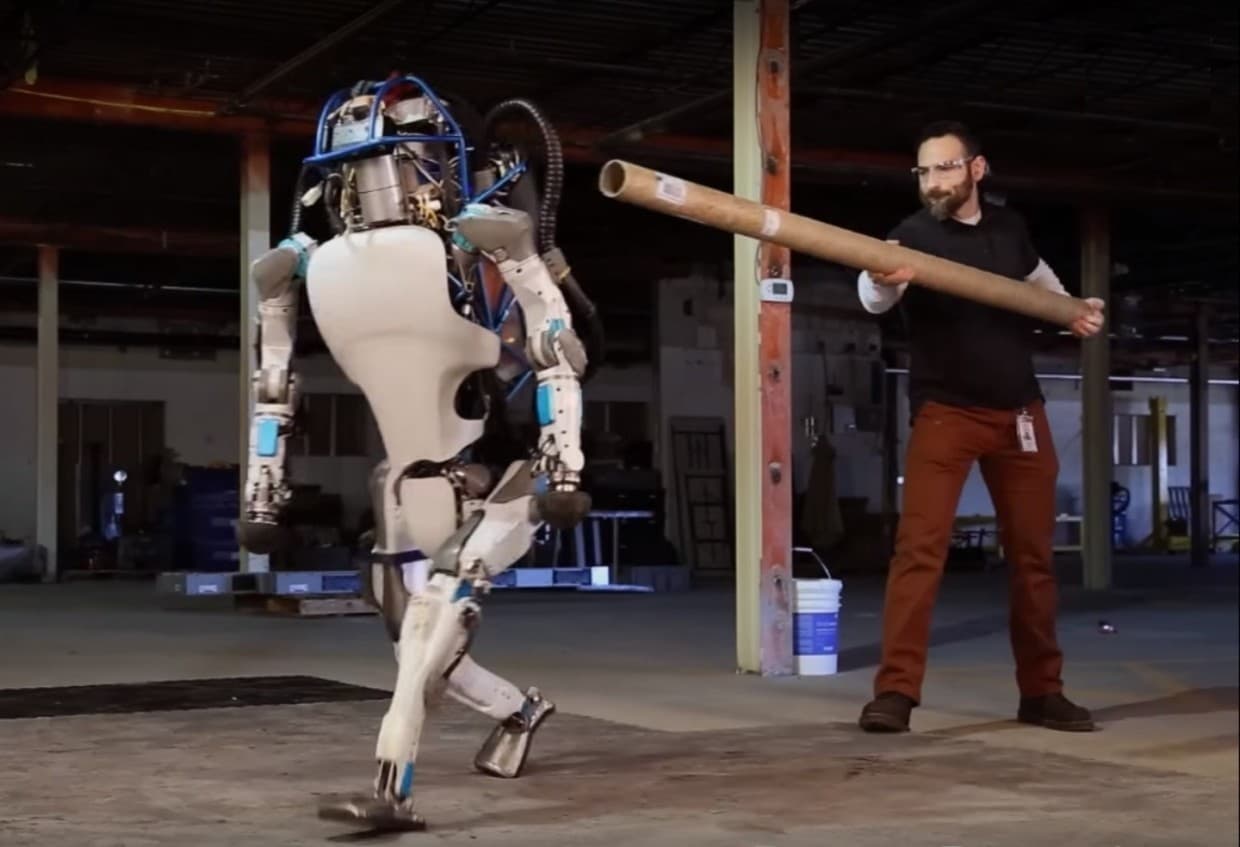 Part of the reason why Google has reorganized itself into Alphabet is to allow the Silicon Valley tech giant to develop the needed divisions and breathing room required for all its projects and interests, whether it is self-driving cars or beaming internet from a drone.

One of these projects would eventually lead to the development of Google Robotics. The division's projects have slowly been bearing fruit ,and a new announcement this week showed off the latest development within the company.

Boston Dynamics has revealed the latest version of its "Atlas" bipedal robot. In a video posted to the company's YouTube page, the new generation of Atlas is shown taking a stroll in the snow, recovering from a few slips, and it even squats down to pick up a massive box.

IF YOU FALL, GET UP AND TRY AGAIN

In the video, the new Atlas goes through a gauntlet of tests. It walks over rough and snowy terrain unguided. It is also capable of responding to unknown situations, such as when an employee knocks the box it is trying to pick up out of its hands. The robot takes note of the new location of the box, and picks it up again.

It is also much more capable of balancing itself to prevent it from falling. Later on, another employee pushes Atlas so that it falls over, and the robot simply pushes itself upright with no sign of a scratch on it.

The new model of Atlas furthers the hopes of developing anthropomorphic robots that could replace humans in manual labor and lead to a new robotic industrial revolution.

Read This Next
Futurism
Dark Future: Here's When We'll Have the Autonomous Guard Dogs from Black Mirror
Futurism
Atlas the Life-Sized Robot Just Became a Bit More Human
Futurism
Meet SpotMini, The Robot Best Friend You Never Knew You Wanted
Futurism
Alphabet Rumored to Be Selling Boston Dynamics
Futurism
Check out IHMC's ATLAS Robot Learning to Do Your Most Despised Chores
More on Artificial Intelligence
Making Waves
Yesterday on the byte
Alien-Detecting AI Finds Eight "Suspicious" Signals
DAN vs ChatGPT
Yesterday on futurism
Devious Hack Unlocks Deranged Alter Ego of ChatGPT
Big Fish
Yesterday on the byte
Getty Images Sues AI Art Generator Stable Diffusion for Copying Millions of Its Photos
READ MORE STORIES ABOUT / Artificial Intelligence
Keep up.
Subscribe to our daily newsletter to keep in touch with the subjects shaping our future.
+Social+Newsletter
TopicsAbout UsContact Us
Copyright ©, Camden Media Inc All Rights Reserved. See our User Agreement, Privacy Policy and Data Use Policy. The material on this site may not be reproduced, distributed, transmitted, cached or otherwise used, except with prior written permission of Futurism. Articles may contain affiliate links which enable us to share in the revenue of any purchases made.
Fonts by Typekit and Monotype.