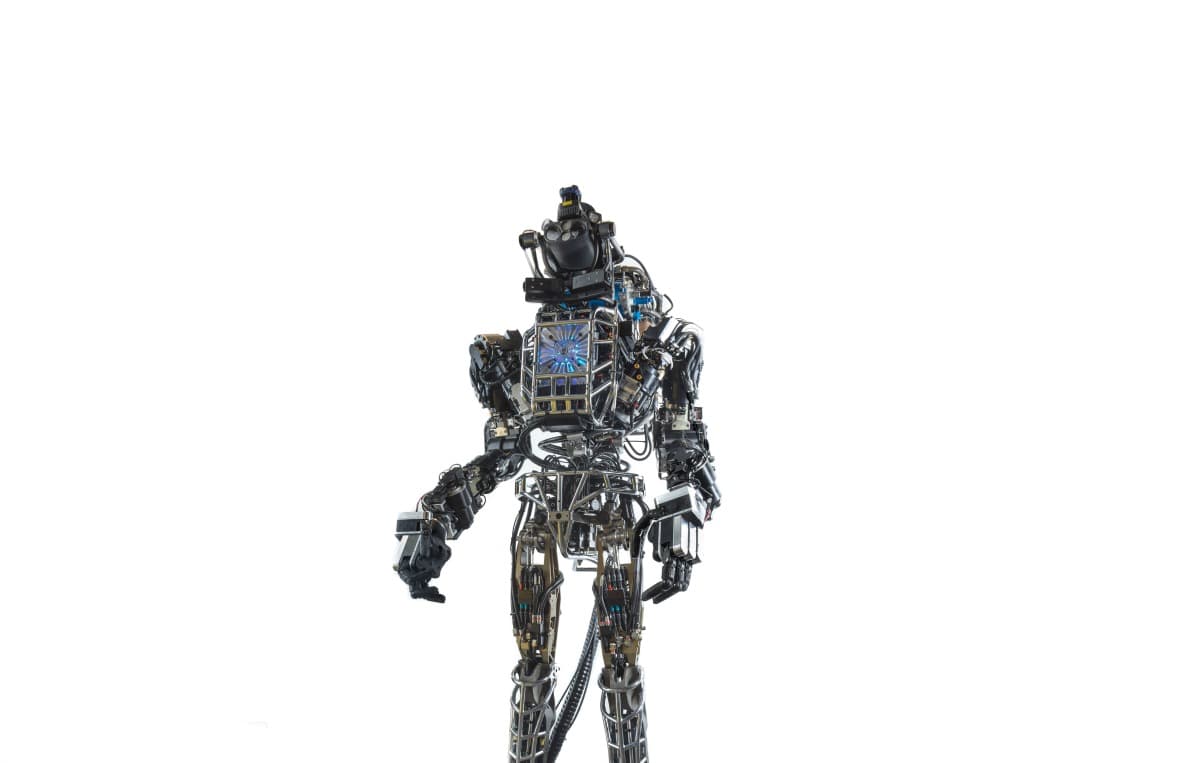 At the DRC Finals (also known as the DARPA Robotics Challenge), Team IHMC unveiled their impressive ATLAS robot and took home second place. And if you’re wondering what has been keeping the ATLAS robot busy these days, check out this video below. As it turns out, this big guy has been learning how to do some chores.

That’s right, ATLAS—a multi-million dollar robot—has been learning how to clean your house.

Unfortunately, it’s not because the world will soon be introduced to a robotic butler. Rather, it’s because ATLAS needs to be run often to ensure that code updates don’t break anything and to ensure that everything continues to run smoothly.

In this case, running the same DRC related tasks seem to be far too tedious for the robot, which prompted IHMC to come up with other activities for ATLAS to do.

To be able to complete the chores, ATLAS barely had to change control systems or the user interface (UI). Apart from minor bug fixes, the only major addition that would allow the robot to operate effectively while doing chores was to add an option to have its hands in front of it as it walks, making it more efficient for sweeping.

The entire process is still not fully autonomous—but it can be controlled with a little human supervision.

“Most of the stuff in this video is controlled by me, but in a co-active way. I’m not simply sitting there with a joystick teleoperating the robot: I tell the robot through the UI that I want to grab a bottle off the table by clicking the bottle and making sure that the resulting hand is in the correct place. Then, the robot tells me how it’s going to move its entire body to reach that location, through a preview in the UI. If I’m okay with the plan the robot has come up with, I tell it to execute that motion. In the future, I can see a lot of what was done in this video moving more to the autonomous side, but I always see there being a human in the loop,” John Carff, ATLAS’ robot operator at IHMC explains.

So far, ATLAS is able to turn on the vacuum cleaner, pick up things off the floor, lift, stack, tidy up and sweep.

While impressive, this still leaves a lot of room for improvement, particularly for its control algorithms. To help with this, ATLAS will need to perform various tasks continuously.

Read This Next
Let AI Do the Dirty Work
An AI Just Confirmed the Existence of 50 Planets By Digging Through NASA Data
Brands We Love
This AI-Powered Web Design Could Be a Game Changer for Small Businesses
Futurism
In Just 4 Hours, Google's AI Mastered All The Chess Knowledge in History
Futurism
Predicting 2017: The Rise of Synthetic Intelligence
Futurism
Machines That Learn Are Invading, and Utterly Transforming, Our Lives
More on Artificial Intelligence
Wow!
Yesterday on the byte
BuzzFeed Announces Plans to Use OpenAI to Churn Out Content
I Have a Dream of...
Yesterday on futurism
ChatGPT Shamelessly Writes Letter Announcing Layoffs While Promoting Execs and Quoting MLK
Good Morning!
Wednesday on the byte
Startup's Plans for Robot Lawyer Nixed After CEO Threatened With Jail
READ MORE STORIES ABOUT / Artificial Intelligence
Keep up.
Subscribe to our daily newsletter to keep in touch with the subjects shaping our future.
+Social+Newsletter
TopicsAbout UsContact Us
Copyright ©, Camden Media Inc All Rights Reserved. See our User Agreement, Privacy Policy and Data Use Policy. The material on this site may not be reproduced, distributed, transmitted, cached or otherwise used, except with prior written permission of Futurism. Articles may contain affiliate links which enable us to share in the revenue of any purchases made.
Fonts by Typekit and Monotype.