The search for other planets just got a huge upgrade. 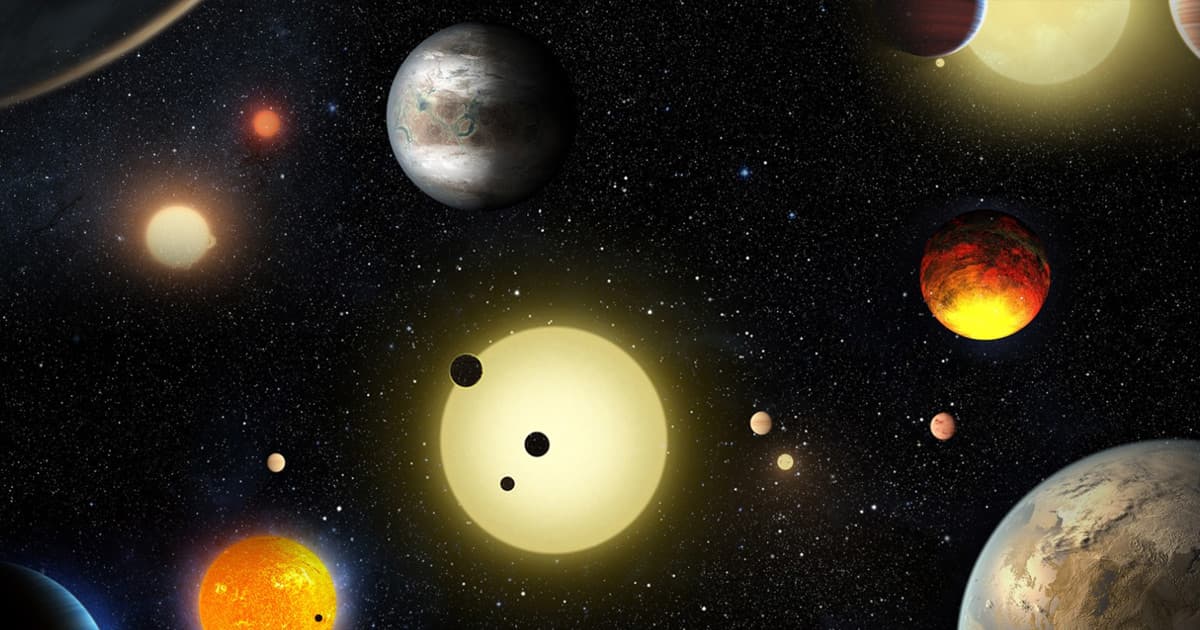 The team behind the algorithm, from Warwick University, fed it huge datasets originating from NASA's now-retired Kepler mission and the Transiting Exoplanet Survey Satellite (TESS), a space telescope that launched in 2018.

The scientists are hoping their research could pave the way for future planet validation techniques. Current techniques for spotting and confirming the existence of other planets are easily swayed by noise, interference of an object in the background, or even errors in the camera.

The team trained their algorithm by teaching it the difference between confirmed planets and false positives. They then unleashed it on a separate dataset that has yet to be validated for planetary candidates.

The algorithm was able to confirm 50 new planets — a first in the history of astronomy, according to the team.

"The algorithm we have developed lets us take fifty candidates across the threshold for planet validation, upgrading them to real planets," David Armstrong, from the University of Warwick department of physics, and lead author of the paper published in the journal Monthly Notices of the Royal Astronomical Society last week, said in a statement.

The planets come in a variety of sizes. Some are as large as Neptune, while others are even smaller than Earth.

"Rather than saying which candidates are more likely to be planets, we can now say what the precise statistical likelihood is," Armstrong explained. "Where there is less than a 1 percent chance of a candidate being a false positive, it is considered a validated planet."

It's not only extremely effective, the algorithm works very fast entirely on its own. "We still have to spend time training the algorithm, but once that is done it becomes much easier to apply it to future candidates," Armstrong added.

"We hope to apply this technique to large samples of candidates from current and future missions like TESS and PLATO (PLAnetary Transits and Oscillations of stars, a space telescope set to launch in 2026]."

READ MORE: This AI just found 50 new planets in a huge NASA dataset [The Next Web]

Read This Next
Naughty Botty
Amazing "Jailbreak" Bypasses ChatGPT's Ethics Safeguards
Immortality Lite
Metaverse CEO Says ChatGPT Is Speeding Up Timeline for Emulating Dead People
Bot Wreck
Red Ventures Knew Its AI Lied and Plagiarized, Deployed It at CNET Anyway
Pleading the Fifth
Extremely Embarrassing Evidence Emerges Against CEO of “Robot Lawyer” Startup
Faking Face
Twitter Is "Verifying" Accounts With AI-Generated Faces
More on Artificial Intelligence
We're in Hell
Yesterday on the byte
Scammers Are Already Convincing Idiots They Can Get Rich Using ChatGPT
Bing Bing Bing!
Yesterday on the byte
Microsoft Appears to Have Accidentally Launched New Bing With ChatGPT Functionality
Year of Efficiency
Feb 3 on the byte
Zuckerberg Says Facebook Will Lean Hard Into AI
READ MORE STORIES ABOUT / Artificial Intelligence
Keep up.
Subscribe to our daily newsletter to keep in touch with the subjects shaping our future.
+Social+Newsletter
TopicsAbout UsContact Us
Copyright ©, Camden Media Inc All Rights Reserved. See our User Agreement, Privacy Policy and Data Use Policy. The material on this site may not be reproduced, distributed, transmitted, cached or otherwise used, except with prior written permission of Futurism. Articles may contain affiliate links which enable us to share in the revenue of any purchases made.
Fonts by Typekit and Monotype.