It's the most similar to Earth in size and estimated temperature out of the thousands of exoplanets discovered by Kepler. 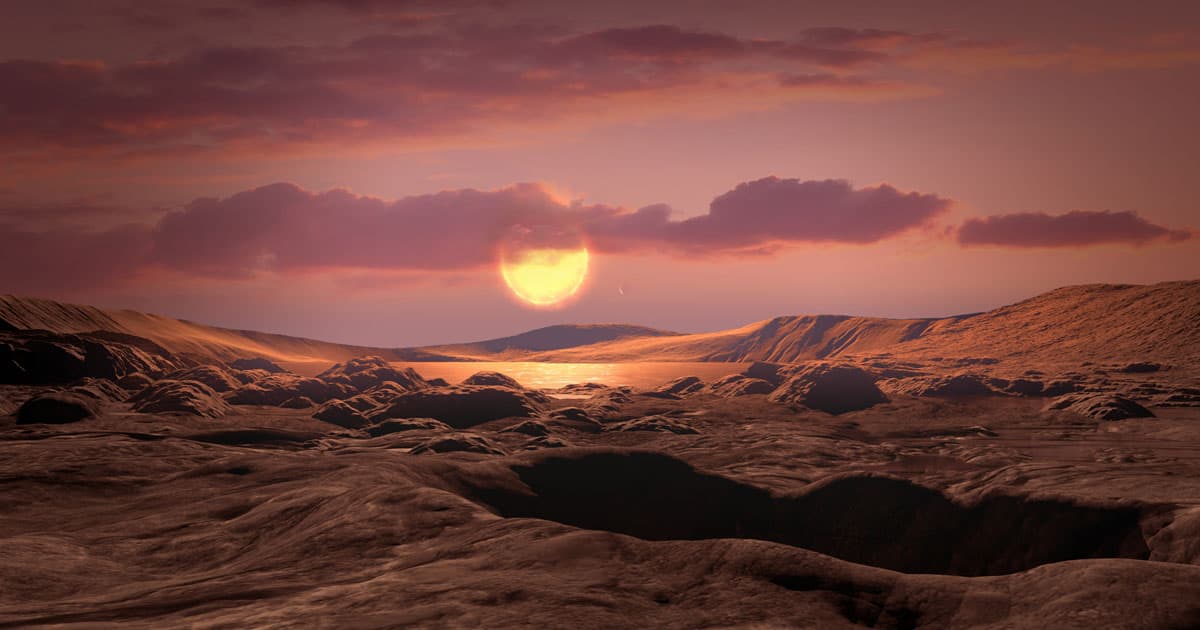 "This intriguing, distant world gives us even greater hope that a second Earth lies among the stars, waiting to be found,"  Thomas Zurbuchen, associate administrator of NASA’s Science Mission Directorate in Washington, who was not part of the research, said in a statement.

The exoplanet, called Kepler -1649c, orbits its small red dwarf star within the system's habitable zone, a distance at which rocky planets receive enough star radiation to allow for liquid water to exist. It's almost precisely the same size as large as Earth and receives 75 percent of the amount of light Earth receives from the Sun.

In other words, it's a distant world that's likelier than many others to support life. At 300 light-years from Earth, it's the most similar to Earth in size and estimated temperature out of the thousands of exoplanets discovered by the Kepler space telescope, according to the researchers.

But plenty of questions remain before we can definitively say that the planet is capable of supporting life. For one, we don't know what its atmosphere looks like — the key determinant of the planet's surface temperature.

The team made the discovery while re-analzying older observations from NASA's now-retired Kepler space telescope program. Kepler -1649c orbits its star at an extremely short distance — a full revolution takes only 19.5 Earth days — alongside a similarly sized rocky planet that orbits at half the distance of Kepler-1649c.

"Out of all the mislabeled planets we've recovered, this one's particularly exciting — not just because it's in the habitable zone and Earth-size, but because of how it might interact with this neighboring planet," Andrew Vanderburg, researcher at the University of Texas at Austin and lead author of the paper published today in The Astrophysical Journal Letters, said in the statement.

The two rocky planets orbit their host star at an exact ratio: Kepler-1649c completes nine orbits in almost exactly the same time the inner planet completes four orbits. The researchers believe this could make the system extremely stable over a long period of time.

"The more data we get, the more signs we see pointing to the notion that potentially habitable and Earth-size exoplanets are common around these kinds of stars," said Vanderburg.

"With red dwarfs almost everywhere around our galaxy, and these small, potentially habitable and rocky planets around them, the chance one of them isn't too different than our Earth looks a bit brighter," he added.

More on exoplanets: Bizarre Exoplanet Might Be a Gas Giant That Lost its Gas

Read This Next
Into Darkness
Inside NASA's Bold Proposal to Probe the Mysteries of Dark Matter
Martian Ammonia
NASA Rover Detects Organic Molecules on the Surface of Mars
Myanus, Hisanus, Heranus...
Here's What Uranus Scientists Think About Your Disgusting Jokes
Joseph Strikes Again
Experts Shred Paper Claiming to Identify Mushrooms on Mars
Mars Shrooms
Extremely Dubious Research Claims to Spot Fungus Growing on Mars
More on Hard Science
Tractor Beam
Thursday on the byte
Scientists Build Working Tractor Beam, Although It's Comically Tiny
Having a Blast
Jan 18 on the byte
New Study Shows Where You Should Hide to Survive a Nuclear Attack
Offworld Amino
Jan 15 on the byte
Scientists Find Building Blocks of Life in Meteor That Smashed Into Family's Driveway
READ MORE STORIES ABOUT / Hard Science
Keep up.
Subscribe to our daily newsletter to keep in touch with the subjects shaping our future.
+Social+Newsletter
TopicsAbout UsContact Us
Copyright ©, Camden Media Inc All Rights Reserved. See our User Agreement, Privacy Policy and Data Use Policy. The material on this site may not be reproduced, distributed, transmitted, cached or otherwise used, except with prior written permission of Futurism. Articles may contain affiliate links which enable us to share in the revenue of any purchases made.
Fonts by Typekit and Monotype.