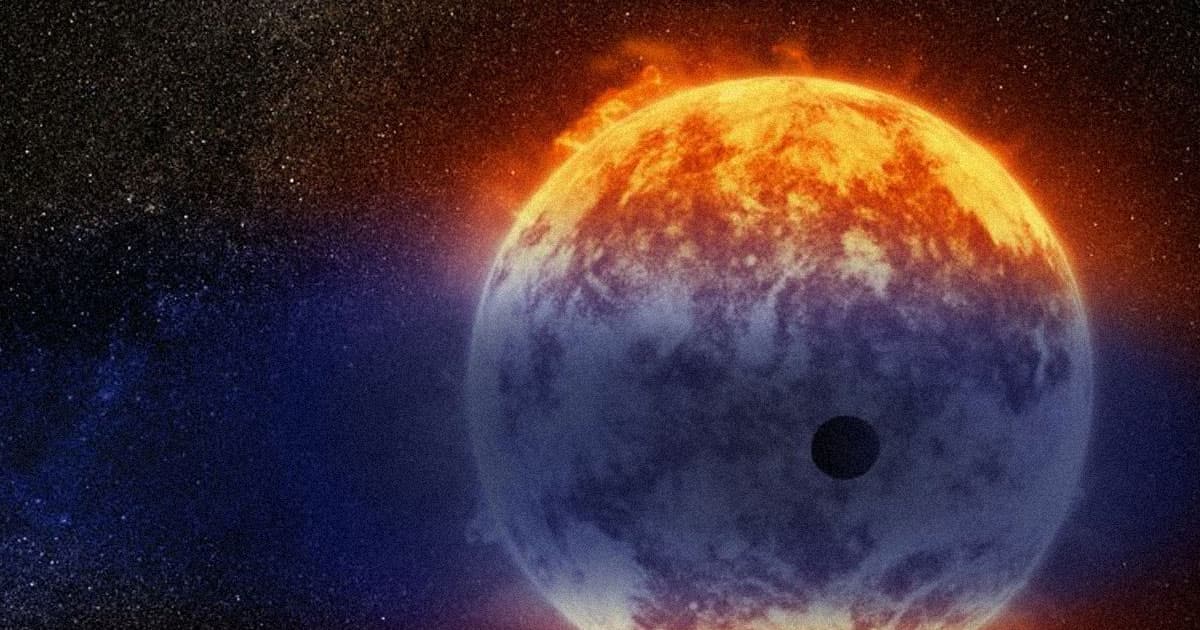 Bizarre Exoplanet Might Be a Gas Giant That Lost its Gas

This could be what the center of Jupiter or Neptune looks like, under all the gas.

This could be what the center of Jupiter or Neptune looks like, under all the gas.

By probing a gigantic, distant exoplanet, astronomers have a rare opportunity to better understand our solar system's gas giants like Jupiter and Saturn.

That's because the exoplanet, TOI-849b, appears to be the exposed core of a similar gas giant, Space.com reports. An international team of astronomers suspects that either the gassy outer layers of the exoplanet were somehow blown away — or never formed in the first place — providing a rare opportunity to peek under the hood.

What astronomers have gleaned thus far is that the exoplanet is about a big as Neptune but has 40 times the mass of the entire Earth, Space.com reports. It also orbits its star blazingly fast, whipping around in a complete revolution every 18.4 hours.

But what they don't know is what happened to its outer layers. In that regard their research, shared online last month and recently accepted for publication in the journal Nature, remains speculative.

The most obvious explanation for why only the core of TOI-849b remains: its atmosphere was incinerated away from its close proximity to a star, Space.com reports. It's also possible TOI-849b collided with another exoplanet while it was whipping around in its obscenely-fast orbit.

Or maybe it was just a late bloomer. If it formed after most of its solar system had already done so, it's possible there just wasn't enough raw material left to make a fully-formed gas giant, meaning it was only ever just a giant core.

More on gas giants: NASA Data Shows Something Leaking Out of Uranus