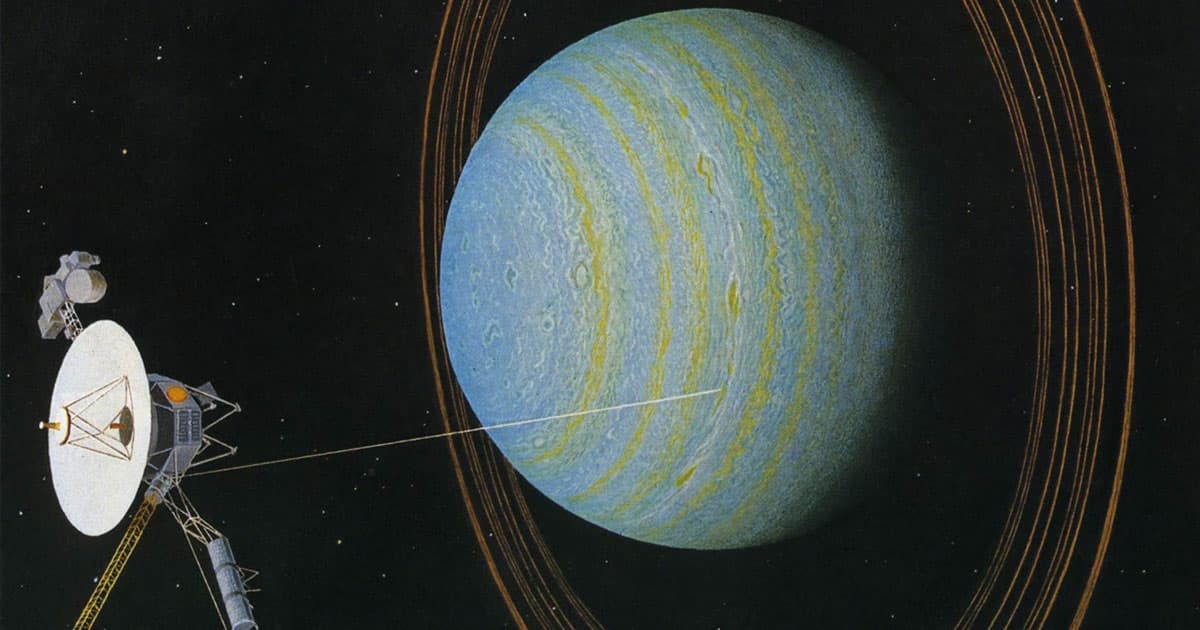 NASA Data Shows Something Leaking Out of Uranus

NASA scientists digging back through decades-old data from the Voyager 2 spacecraft have made an eyebrow-raising discovery: Something appeared to have been sucking Uranus' atmosphere out into space.

When Voyager 2 flew past Uranus in 1986, it seems to have passed through something called a plasmoid — a gigantic blob of plasma, essentially — that escaped Uranus and likely pulled a giant gassy cloud of the planet's fart-like atmosphere along with it, Space.com reports.

Based on the data Voyager 2 collected as it flew through the planetary flatulence, NASA thinks that the plasmoid itself was about 127,000 miles long and twice as wide, according to Space.com. And while the data, first published in August in the journal Geophysical Research Letters, can give NASA a better understanding of Uranus' atmosphere, one gas bubble won't tell them everything.

"Imagine if one spacecraft just flew through this room and tried to characterize the entire Earth," NASA researcher Gina DiBraccio said in a new press release. "Obviously it's not going to show you anything about what the Sahara or Antarctica is like."

NASA speculates that a similar gas-expelling phenomenon could explain how Mars came to be so barren and dry, but that can't be known for sure. To learn more, Space.com reports, NASA would unfortunately need to send another spacecraft all the way out to Uranus and probe around.

"It's why I love planetary science," DiBraccio said. "You're always going somewhere you don’t really know."