Genetic Engineering Could Allow Us to Treat or Even Prevent Obesity

This could make it easier to lose unwanted weight. 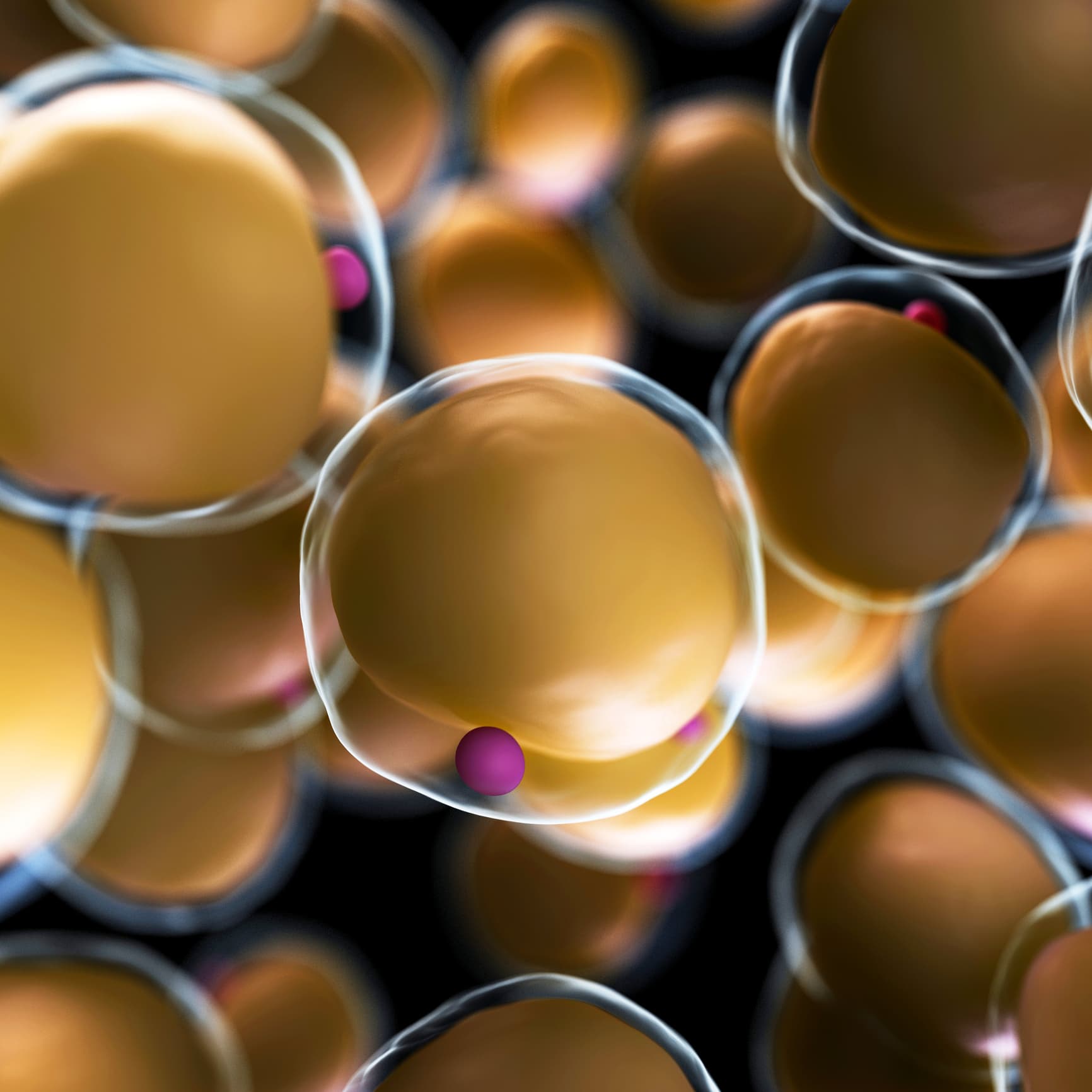 Our bodies are home to two types of fat, one "good" and the other "bad." The "good," brown fat found near our necks and shoulders aids in the process of burning calories, while the "bad," white fat in areas like our hips, bellies, and thighs simply stores calories.

Now, scientists from Washington University School of Medicine in St. Louis think they've found a way to convert bad fat into good. Their research has been published in Cell Reports.

The researchers found that by genetically engineering mice that didn't produce a protein called PexRAP, they could turn white fat into beige fat, an intermediary between white and brown fat that functions more like the latter.

The mice without PexRAP in their white fat cells were found to have more beige fat. What's more, they were leaner than the control animals, even when they were eating the same amount of food.

The researchers hope that the results of their tests on mice could yield better treatments for obesity and diabetes caused by weight gain in humans.

"Our goal is to find a way to treat or prevent obesity," the paper's first author, Irfan J. Lodhi, PhD, noted in a press release. "Our research suggests that by targeting a protein in white fat, we can convert bad fat into a type of fat that fights obesity."

The next challenge is to figure out how this technique can be modified for human usage. More than two-thirds of adults in the U.S. are either overweight or obese, and some 30 million people suffer from diabetes. Blocking the production of the PexRAP protein could potentially make it easier for those people to lose weight.

However, researchers and drug manufacturers will have a few important hurdles to overcome before they can bring a product to market. "The challenge will be finding safe ways to [block the PexRAP protein] without causing a person to overheat or develop a fever, but drug developers now have a good target," said Lodhi.

Read This Next
Futurism
Humanity May Have Reached its Maximum Lifespan
Futurism
Thanks to a Novel Protein, We Could Bring an End to Obesity
Futurism
The World's First "Artificial Pancreas" Will Be Hitting the Market in 2017
Futurism
Regenerative Bandage Heals Wounds 4x Faster
Futurism
A Revolution in Science: The Quest to Stop Aging is Underway
More on Hard Science
Quacks Like a Duck
Yesterday on futurism
Those Headlines About Scientists Building a Wormhole Are Total Nonsense, People
It From Bit
Nov 22 on the byte
A Scientist Is Crowdfunding an Experiment to Check if We Live in a Simulation
Water Carrying
Nov 20 on the byte
Evidence Grows That Soggy Meteorites Gave Earth Its Oceans
READ MORE STORIES ABOUT / Hard Science
Keep up.
Subscribe to our daily newsletter to keep in touch with the subjects shaping our future.
+Social+Newsletter
TopicsAbout UsContact Us
Copyright ©, Camden Media Inc All Rights Reserved. See our User Agreement, Privacy Policy and Data Use Policy. The material on this site may not be reproduced, distributed, transmitted, cached or otherwise used, except with prior written permission of Futurism. Articles may contain affiliate links which enable us to share in the revenue of any purchases made.
Fonts by Typekit and Monotype.