A Revolution in Science: The Quest to Stop Aging is Underway

Clinical trials are approved. The war against aging has begun. 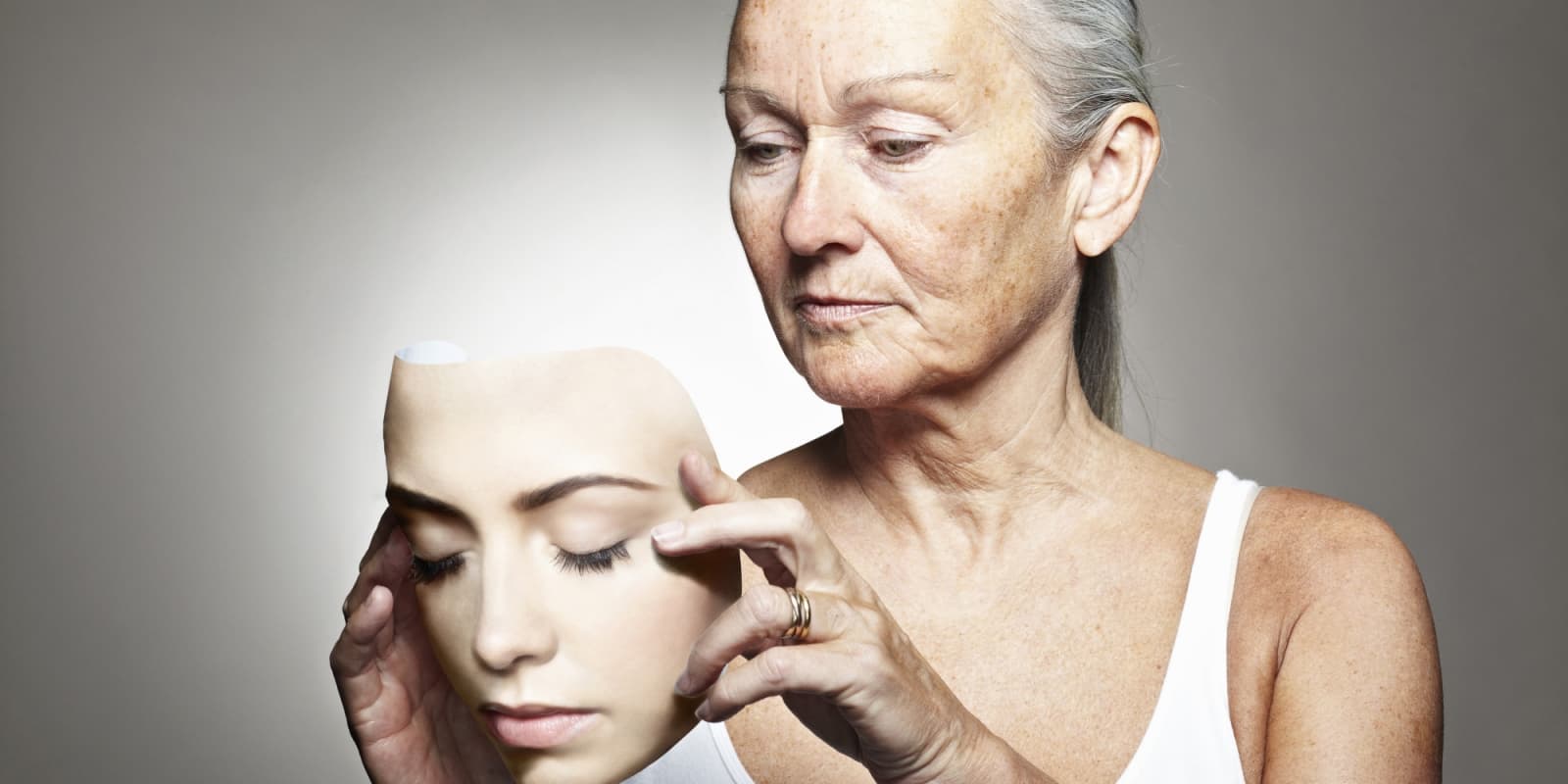 In 1993, a remarkable discovery made headlines all over the world. By taking away just one gene from the tiny worm C. elegans, the lives of the worms could be extended by nearly 50%. In the more than two decades since that discovery, scientists have built a much more complete understanding of how and why we age. They have also discovered clues to interventions that may allow us to live longer and healthier.

So when will these much-heralded anti-aging therapies be ready for the clinic? Why aren't they here now? While there are no drugs approved to "treat aging" [yet], the signals heralding the first generation of therapies are closer than you might expect.

The one gene whose presence shortens a worm’s lifespan by 1/3 (if looked from the perspective of the long-lived worms) is DAF2. Humans have the same gene by another name: IGF1, which stands for insulin like growth factor 1. As the name suggests, IGF1 kicks our cellular metabolisms into gear when there is abundant food available. The data on IGF1 meshed with the long-standing knowledge that reducing food intake by 20-40% could reliably extend lives of almost all creatures tested.

So, if abundant food sources induce a sort of “fast burn” metabolism that reduces lifespan, where could we start hunting for drugs that reduce the effect of those pathways? The answer, it seems, is diabetes.

In the last century of hitherto unknown abundance of food, we have seen an explosion in pathology associated with over-eating, especially amongst the elderly, where we overwork our nutrient-sensing systems so much that they nearly shut down – we call it Type 2 Diabetes.

Diabetics are commonly chronic over-eaters and develop resistance to the normal processes that sense and store energy from food. Since their bodies have difficulty regulating their metabolism, they need drugs to help tune their responses to food. One somewhat enigmatic small molecule drug used to treat Type 2 Diabetes is metformin. Originating from a class of compounds produced by French lilacs, and first isolated in the 1920s, metformin has been used to treat diabetes in humans since the 1950s.

Despite being one of the most commonly prescribed drugs in the world, scientists still aren’t completely sure how metformin acts on the body, they just know that it influences multiple key players in regulating our metabolism, which nets out to better control of glucose and insulin. As a safe and effective drug capable of dampening metabolic fast burning, metformin quickly made it to the top of the list of compounds to test for a role in organismal aging. Mice were selected for aging trials and dosed with anti-diabetic drugs starting in 2003. Now many trials have been done with hundreds of treated mice and a consensus seems to be emerging: metformin extends mammalian lifespan, although just a little bit (under 10% in most experiments).

But a little extension was still big news, because even a 5% gain in human lifespan (+4 years) would result in more average years of life than a pill that could miraculously cure any cancer (around +3 years). The fact that metformin has been used to treat diabetes for over 40 years created an opportunity for an excellent, although not perfect, natural experiment.

In 2014, a research group led by Christian Bannister of Cardiff University asked if there were differences in life expectancy between diabetes patients taking different drugs in the same class – metformin on the one hand and another generic that offers similar control of diabetes symptoms, sulfonylurea. They dug back into health records from the British Health Service and collected information from nearly 200,000 patients. Encouragingly, patients on metformin survived much better than patients on sulfonylurea, especially patients above the age of 70 who are normally at the highest risk for other diseases of aging, such as heart attacks, strokes, and cancer.

However, this difference could just have been due to metformin being a better drug than sulfonylurea, and may have had nothing to do with aging itself. After all, elderly people with Type 2 Diabetes are often quite ill, and have much higher rates of cardiovascular disease, dementias, and mobility problems.

To address this, Bannister’s team took an additional step. They took the records of another 200,000 healthy people without diabetes but who matched in age with the diabetics in the study, and they looked at the mortality rates of these non-diabetics. When you focus in on the elderly in this dataset, who are above the age of 70 and are most at risk for the diseases associated with aging, you find a remarkable trend: The diabetics on metformin actually live slightly longer than non-diabetics, and much longer than diabetics on sulfonylurea!

This suggested that despite all the complications that come with being a diabetic, being on metformin balanced out those problems and then some.

The first clinical trial for “aging”

With this data in their back pocket, a group of scientists led by Nir Barzilai of the Albert Einstein College of Medicine made the case for a first of its kind clinical trial – a trial to test whether a drug could slow down the aging process.

Called the TAME trial for “Treating Aging with MEtformin,” the study calls for giving metformin to elderly non-diabetics who have some other age-related disease – cancer, heart disease, or dementia. As we get older and our bodies start to deteriorate, when it rains it pours, and people who get dementia often get cancer or strokes soon afterwards, such that by the time the elderly die they have multiple conditions, what doctors call “co-morbidity.” The TAME trial is designed to see if metformin treatment can delay the time of the appearance of one condition to the appearance of the next, irrespective of whether it’s cancer to dementia or dementia to heart disease.

Their focus on measurable outcomes and the preponderance of data backing up metformin for an application like this led the US Food and Drug Administration to approve the TAME trial in December 2015 – the first ever approved trial for aging itself. The group is now trying to secure funding to actually perform the trial, since as a generic there is no big pharma company driving metformin’s development.

Metformin won’t be the fountain of youth, it’s more likely to add a couple extra healthy years to our lives or reduce our chances of developing cancer just slightly, but it’s an important milestone signaling a cavalcade of future technologies to treat aging.

Once there is an established clinical pathway for drugs to be approved for co-morbidity, and insurance companies are ready to prescribe those drugs to patients to prevent disease, a new generation of therapies can emerge that can work much better than early leads like metformin. It’s easy to underestimate the importance of the TAME trial because of its limited scope and relatively small effects on overall lifespan, but the regulatory and financial trail Barzilai and his team are blazing is truly groundbreaking. These small steps start to show us the anatomy of a revolution in aging science.

Read This Next
Long Live
Giving Baby Mice This Drug Makes Them Live 10 Percent Longer
Brands We Love
The Science Is Clear. It's Time to Take Control of Your Cellular Aging.
Brands We Love
Don't Conceal Your Age. Instead, Slow Aging at the Cellular Level.
Worm Food
Scientists Extend Lifespan of Worms by 500 Percent
Futurism
New Research Says There's a Genetic Limit to How Long We Can Live
More on Hard Science
Tractor Beam
Jan 26 on the byte
Scientists Build Working Tractor Beam, Although It's Comically Tiny
Having a Blast
Jan 18 on the byte
New Study Shows Where You Should Hide to Survive a Nuclear Attack
Offworld Amino
Jan 15 on the byte
Scientists Find Building Blocks of Life in Meteor That Smashed Into Family's Driveway
READ MORE STORIES ABOUT / Hard Science
Keep up.
Subscribe to our daily newsletter to keep in touch with the subjects shaping our future.
+Social+Newsletter
TopicsAbout UsContact Us
Copyright ©, Camden Media Inc All Rights Reserved. See our User Agreement, Privacy Policy and Data Use Policy. The material on this site may not be reproduced, distributed, transmitted, cached or otherwise used, except with prior written permission of Futurism. Articles may contain affiliate links which enable us to share in the revenue of any purchases made.
Fonts by Typekit and Monotype.