We’ve long needed a better solution for this complicated and costly task. 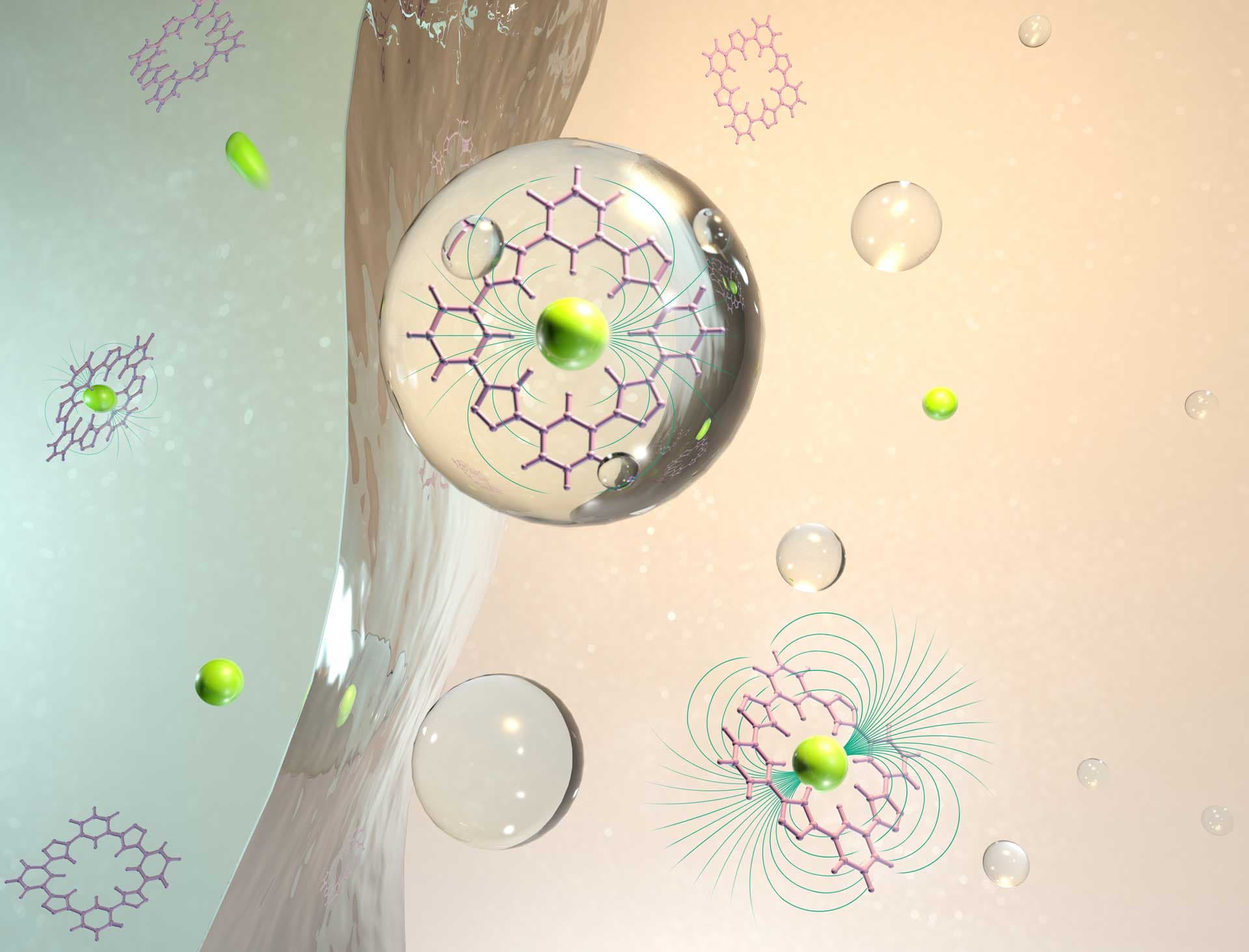 Researchers from Indiana University (IU) have developed a new chemical principle that could have a major impact on the way we store nuclear waste by improving our ability to predict how engineered molecules will behave once they're put into practice. The details of this study were published today in CHEM.

Chemists are already able to engineer molecules designed for the purpose of extracting other types of molecules, such as radioactive elements and chemical pollutants, from solutions. These "receptor molecules" consist of atoms arranged in a specific shape that leaves room for the target to attach itself and break away from its host.

However, these molecules are designed in laboratory conditions, so accurately predicting whether they will work as intended in "real world" solutions is difficult. The space intended for the target can be distorted or filled by other molecules within the solution, rendering it unusable for its intended purpose.

The IU researchers theorized that the environmental solution's dielectric constant — a measurement of its ability to stabilize electrical charge — determined the level of attraction between receptor molecules and negatively charged ion molecules. When they tested this theory using the molecule triazolophane to extract chloride from solutions, they found they were able to accurately predict the engineered molecule's effectiveness.

As primary researcher Yun Liu noted in a press release, "The current paradigm only works for molecular designs on the drawing board, in theory, but we want to make molecules that will work in practice to help solve problems in the real world."

Truly, receptor molecules have almost innumerable real-world applications. They can be used to remove chloride from salt water as part of the desalination process, chemical pollutants from soil, or lithium ions from water for use in renewable energy systems.

Perhaps most significantly, they can be engineered to remove radioactive elements from nuclear waste.

Safety is always a concern when it comes to nuclear power, and while safe methods for disposing of nuclear waste have already been established, the process can be complicated and costly. Using this new principle, chemists will be able to make more informed decisions when they design receptor molecules to remove radioactive elements from nuclear waste.

These improved designs could significantly reduce the volume of those radioactive materials and lead to improved storage methods for them, thus making nuclear energy an even more attractive alternative to environment damaging fossil fuels.

Read This Next
Brands We Love
The Edible Chemistry Kit Has Awesome Science Experiments You Can Eat
Brands We Love
If Your Kids Love to Learn, This Science Kit Subscription Service Is a Must
Brands We Love
Chemistry Kits From Mel Science Are Perfect for the Mad Scientist in Your Life
Futurism
Sugar, Light, And A New Type of Chemistry — What It May Take To Wean Us Off Fossil Fuels
Futurism
Forget High-Tech Watches; Future Spies May Carry Chemical Passwords On Napkins
More on Hard Science
Tractor Beam
2:13 PM on the byte
Scientists Build Working Tractor Beam, Although It's Comically Tiny
Having a Blast
Jan 18 on the byte
New Study Shows Where You Should Hide to Survive a Nuclear Attack
Offworld Amino
Jan 15 on the byte
Scientists Find Building Blocks of Life in Meteor That Smashed Into Family's Driveway
READ MORE STORIES ABOUT / Hard Science
Keep up.
Subscribe to our daily newsletter to keep in touch with the subjects shaping our future.
+Social+Newsletter
TopicsAbout UsContact Us
Copyright ©, Camden Media Inc All Rights Reserved. See our User Agreement, Privacy Policy and Data Use Policy. The material on this site may not be reproduced, distributed, transmitted, cached or otherwise used, except with prior written permission of Futurism. Articles may contain affiliate links which enable us to share in the revenue of any purchases made.
Fonts by Typekit and Monotype.