These new tools could seriously advance our understanding of disease and pharmaceutical treatment possibilities. 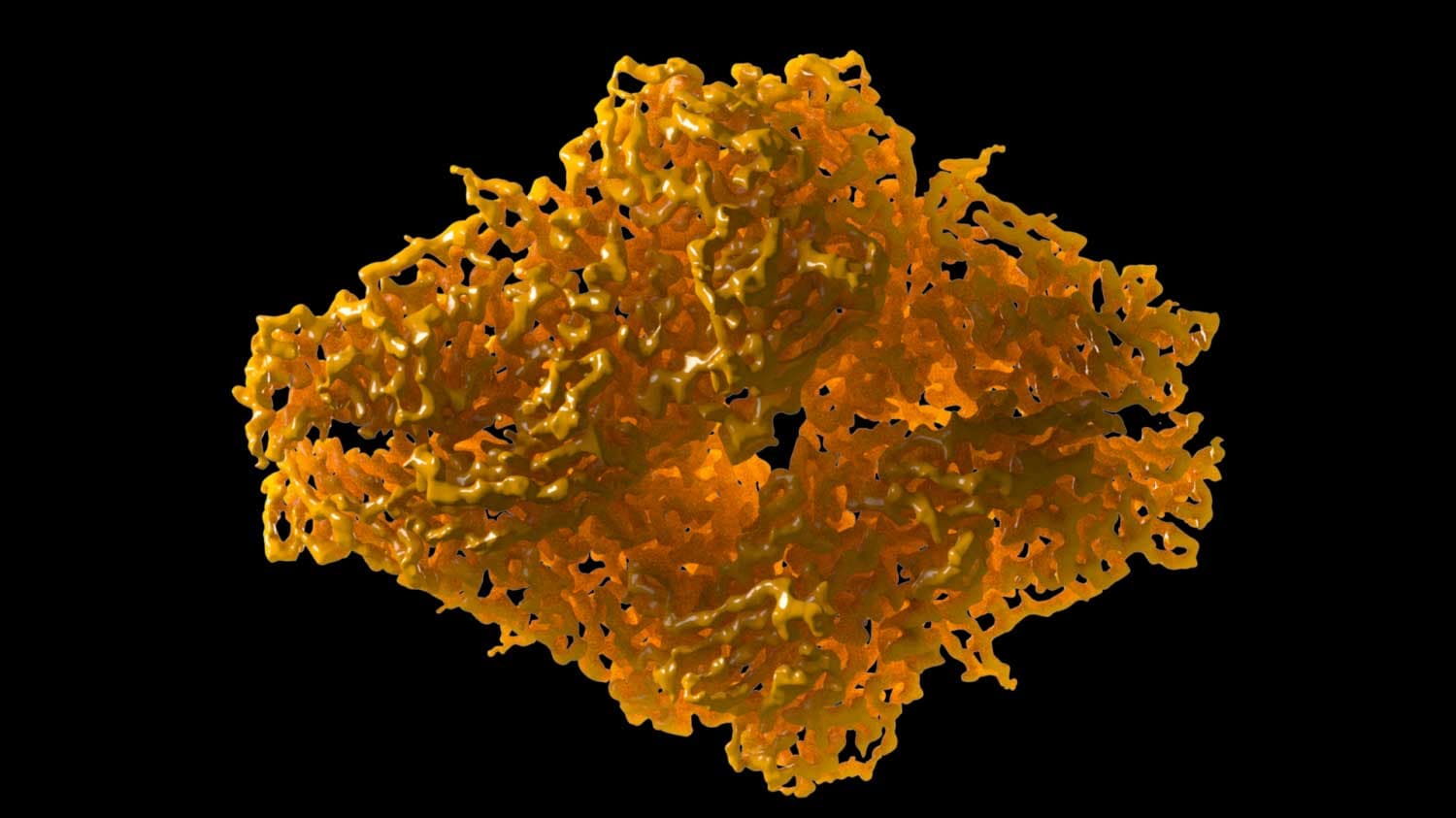 Jacques Dubochet, Joachim Frank, and Richard Henderson have been named as the recipients of the 2017 Nobel Prize in Chemistry, honoring their work on cryo-electron microscopy.

The technology has allowed researchers to create biochemical maps, which fill in gaps left by previous methods. Biochemicals can be frozen mid-movement, which allows previously unseen processes to be observed, offering up new insights into the chemistry of living organisms and aiding the development of new pharmaceuticals.

Scientists once assumed that electron microscopes couldn't be used to inspect living cells, as their electron beams are capable of destroying biological material. However, in 1990 Henderson managed to successfully produce a 3D image of a protein at an atomic resolution.

Frank's contribution to the technology was developed between 1975 and 1986 when he established a method of combining two fuzzy images produced by an electron microscope to produce one clear 3D model.

Meanwhile, Dubrochet was responsible for developing a method of adding water to the microscope's vacuum and cooling it rapidly, helping biomolecules to retain their original shape.

Since Henderson, Frank, and Dubrochet made breakthrough progress in the 1970s and 1980s, they've been hard at work ever since to perfect the process. It was only in 2013 that cryo-electron microscopy attained its desired atomic resolution.

The technology has allowed scientists to produce never-before-seen imagery of all different types of biomolecules, from the Zika virus to proteins that cause antibiotic resistance.

Read This Next
Futurism
The Nobel Prize Was Just Awarded for the Discovery Of "Ripples" in Spacetime
Futurism
Nobel Prize Honors U.S. Scientists for Helping Us Understand Our Biological Clock
Futurism
Nanomachines Score The 2016 Nobel Prize in Chemistry
Futurism
Self-Cannibalization: Nobel Prize In Medicine Goes To "Self-Eating" Cells
Futurism
Understanding the Physics of Our Universe: What Is Quantum Mechanics?
More on Hard Science
Tractor Beam
Yesterday on the byte
Scientists Build Working Tractor Beam, Although It's Comically Tiny
Having a Blast
Jan 18 on the byte
New Study Shows Where You Should Hide to Survive a Nuclear Attack
Offworld Amino
Jan 15 on the byte
Scientists Find Building Blocks of Life in Meteor That Smashed Into Family's Driveway
READ MORE STORIES ABOUT / Hard Science
Keep up.
Subscribe to our daily newsletter to keep in touch with the subjects shaping our future.
+Social+Newsletter
TopicsAbout UsContact Us
Copyright ©, Camden Media Inc All Rights Reserved. See our User Agreement, Privacy Policy and Data Use Policy. The material on this site may not be reproduced, distributed, transmitted, cached or otherwise used, except with prior written permission of Futurism. Articles may contain affiliate links which enable us to share in the revenue of any purchases made.
Fonts by Typekit and Monotype.