Thanks to X-Ray Lasers, We Can Glimpse the Structure of Biomolecules 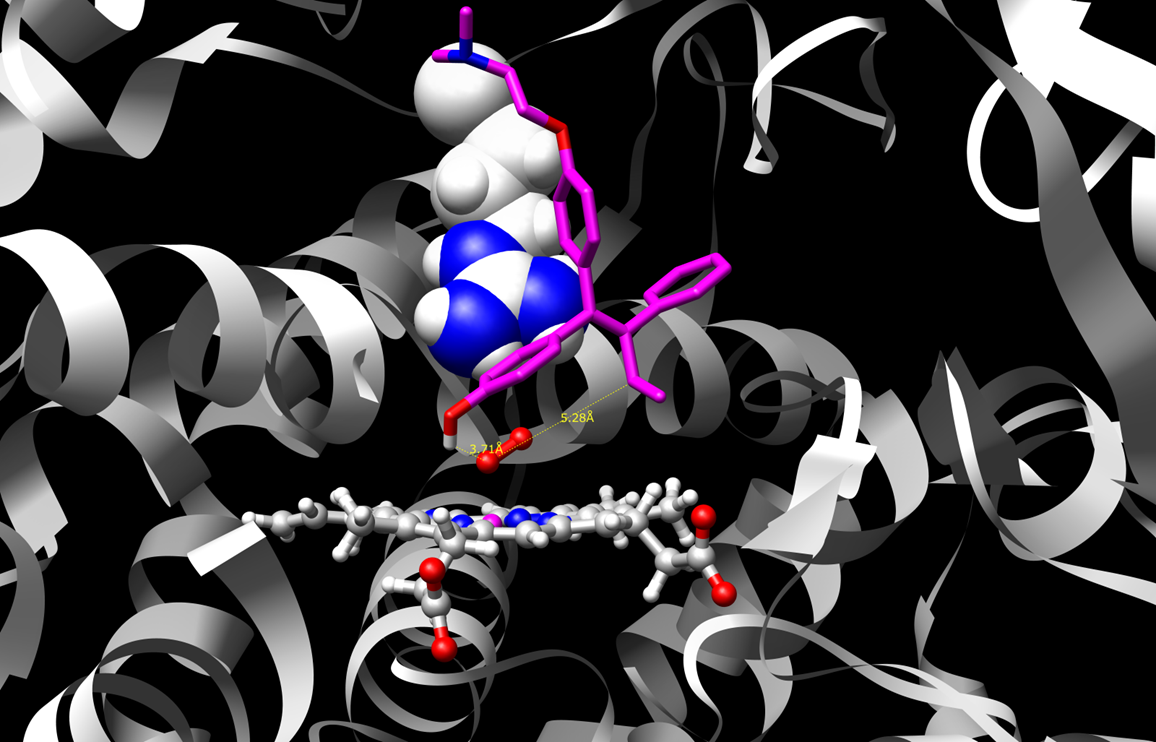 Biomolecules are of vital importance to the medical industry and to biologists. They underpin the various medication we take, the treatments we receive in hospitals, and allow doctors and biologists to figure out how our bodies function.

One of the important aspects related to all of the aforementioned is the structure of biomolecules, and to determine this structure, scientists use a technique called crystallography. The process shines X-rays on a crystal of the biomolecule in question. When these X-rays are scattered, they produce a pattern of numerous bright spots called Bragg peaks. Scientists can then analyze the position and intensity of these spots to determine the atomic structures of proteins, enzymes, and other biomolecules.

However, the method is hampered by the fact that, for it to be successful, the biomolecule must be in a crystal of high quality. If not, the lack of perfect arrangement of the molecules in the crystals results in a limited number of Bragg peaks being visible, giving scientists only a "low resolution" facsimile of the molecule at best.

Considering that most biomolecules do not naturally form crystals, this prevents the technique from being used on a variety of biomolecules, such as membrane proteins. These often participate in a range of biological processes and are the targets of today's drugs.

Obtaining any reasonably high-quality crystal of these substances requires skill and luck.

Furthermore, the structure of a complex molecule remains difficult to fathom for most researchers, even when presented with good diffraction of the molecule. This problem is known to researchers as the phase problem. Without knowledge of the phase, the distance between the crests of one diffracted wave to another, it becomes impossible to determine the image of the molecule from the patterns. But phases can't be directly measured.

To get around this information barrier, scientists instead useX-ray crystals of chemically modified molecules or use the knowledge of the structure of a closely-related molecules.

A scientific breakthrough published in Nature claims to have developed a new technique that could allow for a more direct method of obtaining the atomic structure of biomolecules. The new technique, pioneered by a team led by DESY scientist Professor Henry Chapman, inverts the requirement of crystallography. Instead of  requiring higher quality crystals of the molecule, more disordered crystals are used instead as it leads to best results.

The researchers realized that the problem between imperfect crystals and the phase problem was linked.

The key lies in a weak "continuous" scattering resulting from the disorder in the crystal. This continuous diffraction is normally considered in crystallography as a nuisance and was only used to gain insights into vibrations and dynamics of molecules, but Chapman and his team realized that  the disorder results only from the displacements of molecules from their ideal position.

"This kind of continuous diffraction has actually been seen for a long time from many different poorly-diffracting crystals," says Chapman. "It wasn't understood that you can get structural information from it and so analysis techniques suppressed it."

What was once background noise in crystallography became instead a method of directly reading into the structure of the molecule. Instead of having to measure Bragg peaks, the researchers only had to utilize the diffracted waves encoded in the information.

"If you would shoot X-rays on a single molecule, it would produce a continuous diffraction pattern free of any Bragg spots," explains lead author Dr. Kartik Ayyer from Chapman's group. "The pattern would be extremely weak, however, and very difficult to measure. But the 'background' in our crystal analysis is like accumulating many shots from individually-aligned single molecules. We essentially just use the crystal as a way to get a lot of single molecules, aligned in common orientations, into the beam."

With imperfect, disordered crystals, the continuous diffraction gives more information than previous techniques. As a result, the phase problem can be solved without using any other measurements or assumptions. "For the first time we have access to single molecule diffraction -- we have never had this in crystallography before," Chapman explains. "But we have long known how to solve single-molecule diffraction if we could measure it."

The team was able to demonstrate their novel technique by utilizing the world's most powerful X-ray laser LCLS to X-ray imperfect microcrystals of a membrane protein complex called Photosystem II, which is used in photosynthesis. By using the continuous diffraction pattern in the analysis, they were able to improve resolution of the image from 4.5 Ångström to 3.5 Ångström (an Ångström is 0.1 nanometres).

In addition, the team only took a few hours to perform the experiments, in contrast to the couple of days it usually requires.

The scientists hopes that their technique may allow for clearer and higher resolution images of biomolecules. With luck, their research could lead to better medicines and a heightened understanding of biological functions at a molecular level.

Read This Next
Futurism
An Ultra-Rare Crystal Is Found in a Meteorite, Revealing a Bizarre Form of Matter
Futurism
Scientists use high powered microscopes to get the clearest image yet of telomerase
More on Hard Science
Tractor Beam
Jan 26 on the byte
Scientists Build Working Tractor Beam, Although It's Comically Tiny
Having a Blast
Jan 18 on the byte
New Study Shows Where You Should Hide to Survive a Nuclear Attack
Offworld Amino
Jan 15 on the byte
Scientists Find Building Blocks of Life in Meteor That Smashed Into Family's Driveway
READ MORE STORIES ABOUT / Hard Science
Keep up.
Subscribe to our daily newsletter to keep in touch with the subjects shaping our future.
+Social+Newsletter
TopicsAbout UsContact Us
Copyright ©, Camden Media Inc All Rights Reserved. See our User Agreement, Privacy Policy and Data Use Policy. The material on this site may not be reproduced, distributed, transmitted, cached or otherwise used, except with prior written permission of Futurism. Articles may contain affiliate links which enable us to share in the revenue of any purchases made.
Fonts by Typekit and Monotype.