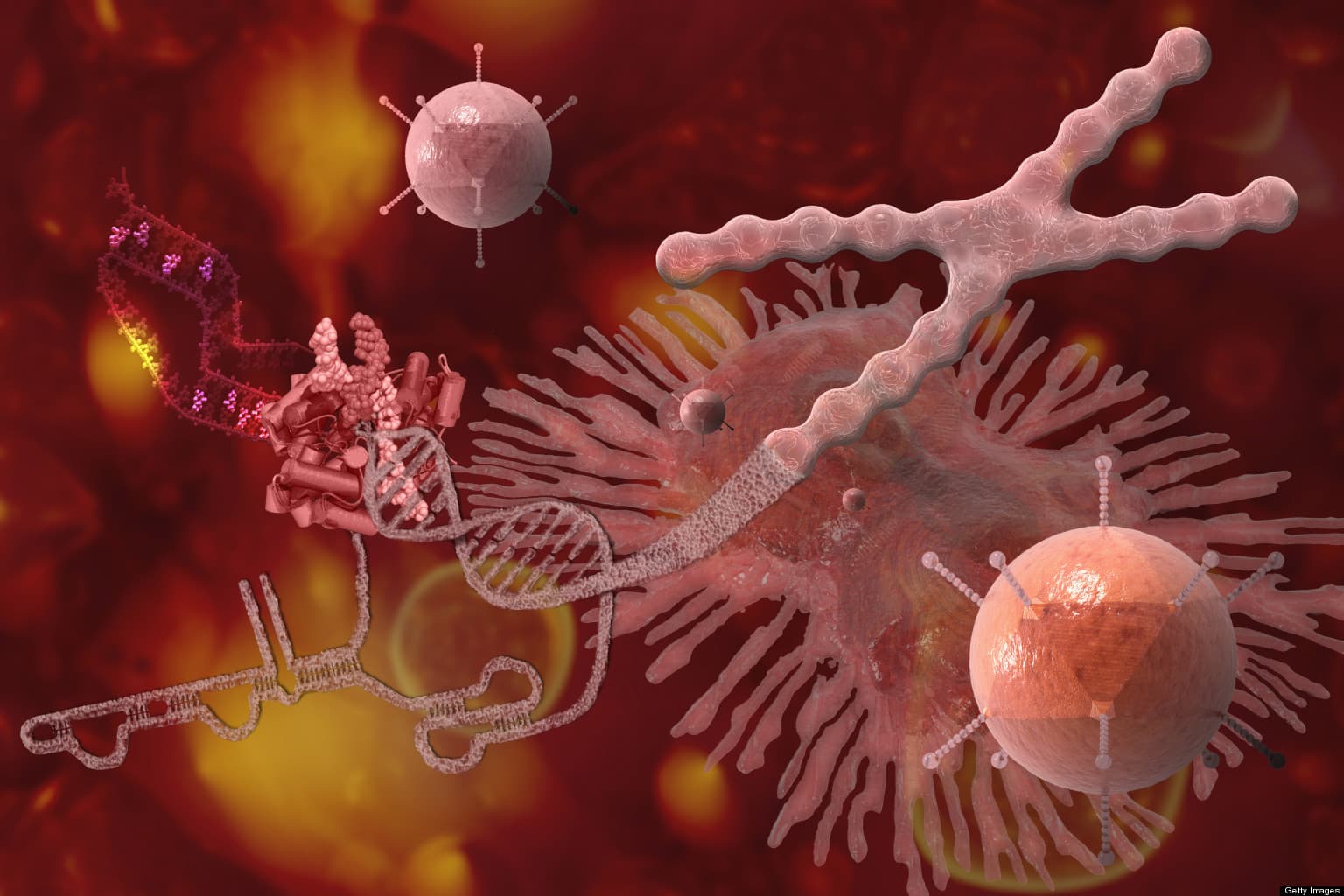 When our cells divide, they also replicate their DNA. However, with each replication the DNA becomes shorter and shorter. Luckily, the repetitive sequences at the end of our DNA, called telomeres, can be sacrificed with every replication. An enzyme called telomerase maintains the telomeres but it can only do so for so long as the telomeres continue to get cut shorter year after year, causing cell division disruption and eventually cell death. This shortening of DNA is thought to be involved with aging. On the other hand, cells with extremely active telomerase can continuously rebuild their telomeres, allowing them to continue dividing and making them immortal. Although this may sound appealing, especially for those in the anti-aging crowd, this cell immortality is harmful. Since the risk of error increases for every DNA replication, this ultimately leads to an increased risk of cancer.

Now, scientists from UCLA and UC Berkeley have produced the clearest images of telomerase using high-powered microscopes, nuclear magnetic resonance spectroscopy, X-ray crystallography, mass spectrometry and biochemical methods. This allows them to study the enzyme’s structure better and learn more precisely how it operates, potentially leading to the development of pharmaceuticals that target specific sub-units for cancer treatment.

Read This Next
Long Live
Giving Baby Mice This Drug Makes Them Live 10 Percent Longer
Brands We Love
The Science Is Clear. It's Time to Take Control of Your Cellular Aging.
Brands We Love
Don't Conceal Your Age. Instead, Slow Aging at the Cellular Level.
Worm Food
Scientists Extend Lifespan of Worms by 500 Percent
Futurism
New Research Says There's a Genetic Limit to How Long We Can Live
More on Hard Science
Warped Tour
Thursday on futurism
Professor Believes Door to Warp Drive May Lie With Ethylene Glycol
Sky Bursts
Thursday on the byte
Astronomers Intrigued by 25 Mysterious Repeating Radio Signals From Deep Space
Tractor Beam
Jan 26 on the byte
Scientists Build Working Tractor Beam, Although It's Comically Tiny
READ MORE STORIES ABOUT / Hard Science
Keep up.
Subscribe to our daily newsletter to keep in touch with the subjects shaping our future.
+Social+Newsletter
TopicsAbout UsContact Us
Copyright ©, Camden Media Inc All Rights Reserved. See our User Agreement, Privacy Policy and Data Use Policy. The material on this site may not be reproduced, distributed, transmitted, cached or otherwise used, except with prior written permission of Futurism. Articles may contain affiliate links which enable us to share in the revenue of any purchases made.
Fonts by Typekit and Monotype.