A new study from Harvard and MIT raises interesting questions. 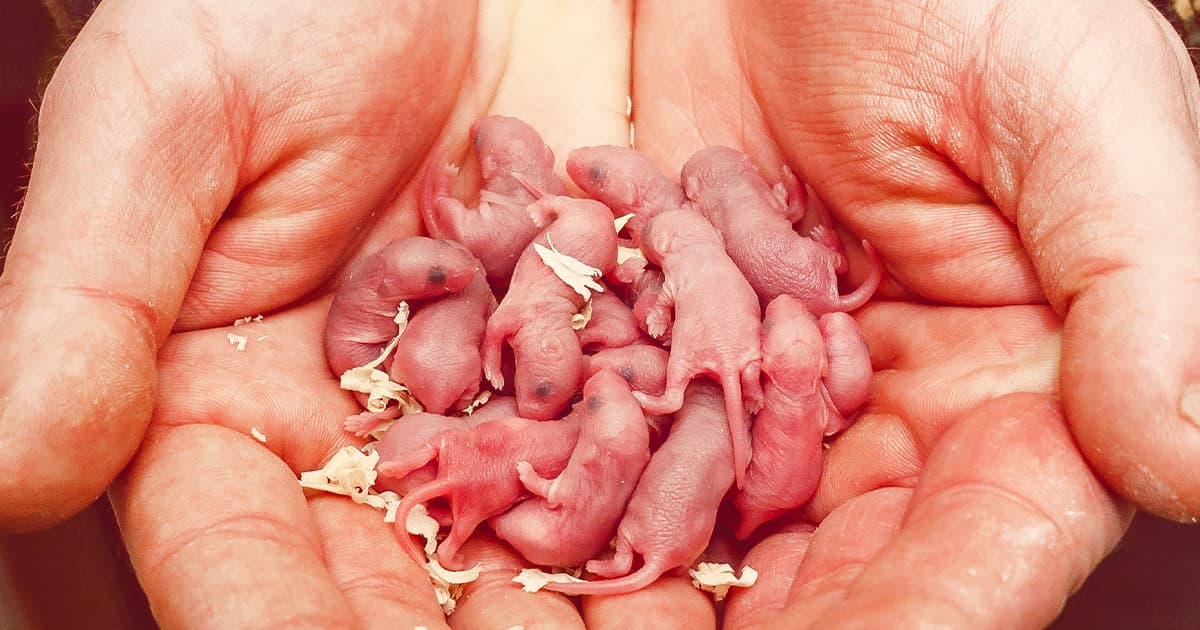 Excellent news for mice everywhere! Scientists have confirmed that administering the drug rapamycin to baby mice everyday for the first 45 days of their lives extends life expectancy by an average 10 percent.

Rapamycin is nothing new. The immunosuppressive drug is already used in clinical settings to facilitate organ transplants, and is even used to treat certain cancers. But this study, published in the journal Science Advances, build on growing interest in rapamycin as an exciting — and, according to some, maybe even game-changing — anti-aging drug.

For the study, a team of researchers from Harvard Medical School, MIT, and other notable institutions employed a cohort of 170 genetically diverse mice. One hundred and thirty of them were fed the pharmaceutical — first through their mother's milk, and then in their own chow — while the remaining 40, a control group, were kept off the sauce. After 45 days, all rapamycin treatment stopped. From there, the scientists simply followed the lil' guys through the rest of their days. (RIP.)

Ultimately, the rapamycin-fed rodents did, in fact, live longer than those who weren't given the drug. And importantly, their lives weren't just longer. Instead, the researchers believe, the rapamycin appeared to actually slow aging down in male mice. They went through all the normal mouse life cycles, but it just took longer. The rapamycin-powered male mice were also faster, stronger, and all-around healthier than those who didn't receive the pharmaceutical.

"The treatment was sufficient to extend the median life span by 10 percent, with the strongest effect in males," reads the study, "and helped to preserve health as measured by frailty index scores, gait speed, and glucose and insulin tolerance tests."

The researchers have a few cellular clues as to why the drug was so effective. At the end of the treatment period, the dosed mice were discovered to have genetically younger liver transcriptomes — in other words, the liver's mRNA transcript pool — as well as genetically younger epigenomes. And fascinatingly, the both of these findings appear to bolster the hypothesis that the secret to anti-aging treatments could lie in early development.

"Overall, the results demonstrate that short-term rapamycin treatment during development is a novel longevity intervention that acts by slowing down development and aging," the study continues, "suggesting that aging may be targeted already early in life."

Of course, humans are not mice, so it's unclear whether our species might benefit in a similar way (some people are already taking it with the goal of living longer, but the health implications remain decidedly unclear).

Interestingly, the researchers also tested the drug on an ocean invertebrate called daphnia magna, with which the drug found similar anti-aging success.

Ultimately, though, if there's any clear conclusion here, it's this: do NOT give a mouse a cookie. Give him rapamycin instead.

Read This Next
Brands We Love
The Science Is Clear. It's Time to Take Control of Your Cellular Aging.
Brands We Love
This Science-Backed Research Could Help You Understand How We Age
Brands We Love
Don't Conceal Your Age. Instead, Slow Aging at the Cellular Level.
Worm Food
Scientists Extend Lifespan of Worms by 500 Percent
Futurism
New Research Says There's a Genetic Limit to How Long We Can Live
More on Hard Science
Horrible Geese
Yesterday on futurism
Furious Geese Are Defeating Humans, Scientists Find
Quacks Like a Duck
Dec 1 on futurism
Those Headlines About Scientists Building a Wormhole Are Total Nonsense, People
It From Bit
Nov 22 on the byte
A Scientist Is Crowdfunding an Experiment to Check if We Live in a Simulation
READ MORE STORIES ABOUT / Hard Science
Keep up.
Subscribe to our daily newsletter to keep in touch with the subjects shaping our future.
+Social+Newsletter
TopicsAbout UsContact Us
Copyright ©, Camden Media Inc All Rights Reserved. See our User Agreement, Privacy Policy and Data Use Policy. The material on this site may not be reproduced, distributed, transmitted, cached or otherwise used, except with prior written permission of Futurism. Articles may contain affiliate links which enable us to share in the revenue of any purchases made.
Fonts by Typekit and Monotype.