This would be like a human living to be 400 years old. 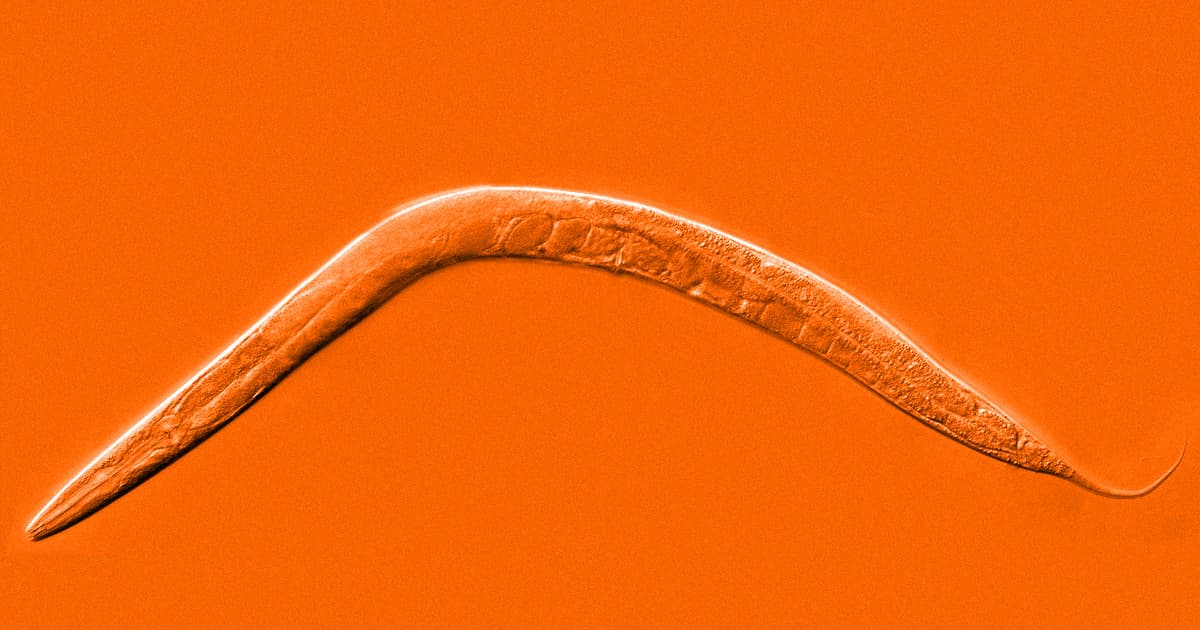 With a typical lifespan of just three to four weeks, there's a chance you have milk in your fridge older than the average C. elegans worm.

But now, in a study published in the journal Cell Reports in July, an international team of researchers has found a way to make the worms live a full five times longer. That would be equivalent to a human reaching their 400th birthday — and the scientists think the new study could be an important step along the path to making that a reality.

First, a bit of biology background: Molecules within cells form signaling pathways to carry out various cellular functions. One molecule can receive a signal to do something — divide the cell, for example — and it then passes that signal on to the next molecule in the pathway, which passes it on to the next, and so forth.

Past research had found a link between two signaling pathways in C. elegans — the insulin signaling pathway and the target of rapamycin pathway — and aging. Specifically, scientists found that altering the former pathway doubled a worm's lifespan, while altering the latter increased it by 30 percent.

Logically, that means altering both pathways should increase the worms' lifespan by 130 percent. But as the authors of this new C. elegans discovered, it actually increased their lifespan by upwards of 500 percent.

Of course, C. elegans are a far cry from humans. But they do have many of the same genes that we do, which is one of the reasons they're a fixture of aging research. And now that scientists have figured out a way to dramatically extend the worms' lifespans, they may be able to apply the knowledge to humans.

“Despite the discovery in C. elegans of cellular pathways that govern aging, it hasn’t been clear how these pathways interact," MDI Biological Laboratory President Hermann Haller said in the press release. "By helping to characterize these interactions, our scientists are paving the way for much-needed therapies to increase healthy lifespan for a rapidly aging population."

More on aging: A Scientist Thinks Someone Alive Today Will Live to Be 1,000

Read This Next
Long Live
Giving Baby Mice This Drug Makes Them Live 10 Percent Longer
Brands We Love
The Science Is Clear. It's Time to Take Control of Your Cellular Aging.
Brands We Love
Don't Conceal Your Age. Instead, Slow Aging at the Cellular Level.
Futurism
New Research Says There's a Genetic Limit to How Long We Can Live
Futurism
Researchers Have Found a New Way to Delay Age-Related Health Decline
More on Hard Science
Tractor Beam
Jan 26 on the byte
Scientists Build Working Tractor Beam, Although It's Comically Tiny
Having a Blast
Jan 18 on the byte
New Study Shows Where You Should Hide to Survive a Nuclear Attack
Offworld Amino
Jan 15 on the byte
Scientists Find Building Blocks of Life in Meteor That Smashed Into Family's Driveway
READ MORE STORIES ABOUT / Hard Science
Keep up.
Subscribe to our daily newsletter to keep in touch with the subjects shaping our future.
+Social+Newsletter
TopicsAbout UsContact Us
Copyright ©, Camden Media Inc All Rights Reserved. See our User Agreement, Privacy Policy and Data Use Policy. The material on this site may not be reproduced, distributed, transmitted, cached or otherwise used, except with prior written permission of Futurism. Articles may contain affiliate links which enable us to share in the revenue of any purchases made.
Fonts by Typekit and Monotype.