A Scientist Thinks Someone Alive Today Will Live to be 1,000

"It's extraordinary to me that it's such an incendiary claim." 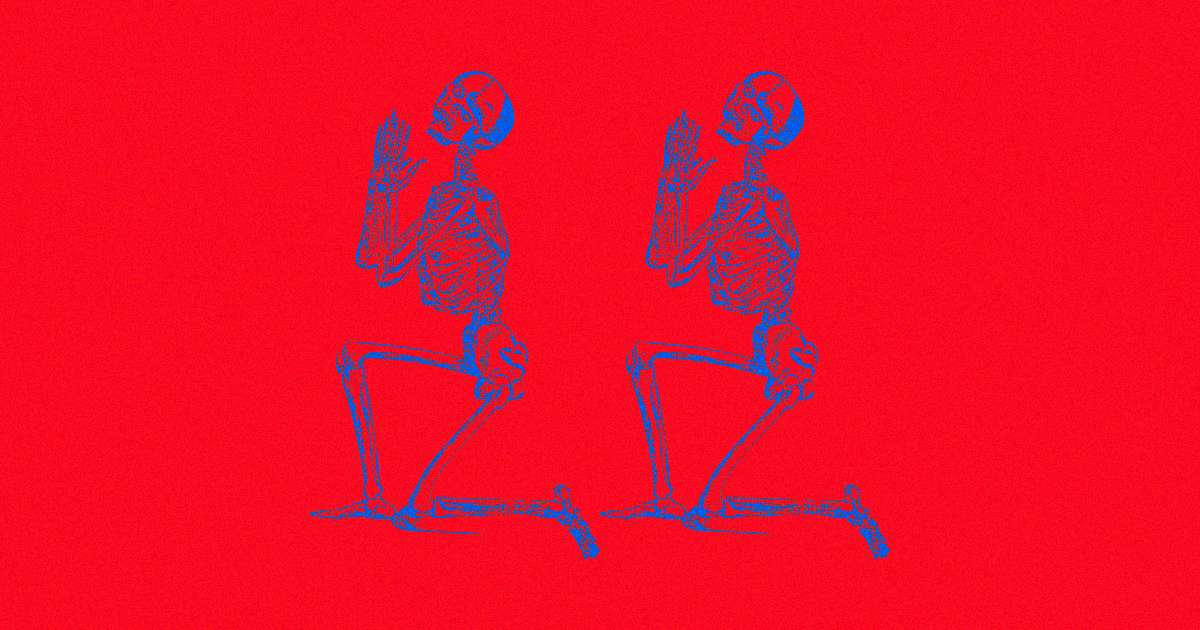 "It's extraordinary to me that it's such an incendiary claim," de Grey said according to a new overview by The Week.

De Grey is just one of many in Silicon Valley who are determined to expand the human lifespan as much as technologically possible, signifying a growing but still controversial field of researchers obsessed with staving off death.

For instance, The Week reports that a Korean doctor named Joon Yun has offered up two $500,000 prizes to researchers who can extend an animal's life by 50 percent by keeping its heart healthy.

Yun argues that because the mortality rate for 20-year-olds is about one in a thousand, basic math predicts that someone able to maintain a healthy 20-year-old's physics indefinitely would live to be approximately 1,000 years old.

De Grey and Yun are hardly outliers — The Week details several other death-obsessed scientists, like Bulletproof Coffee's founder, Dave Asprey, who takes 100 dietary supplements every day and plans to regularly inject stem cells into his joints and organs in hopes that it keeps them youthful.

But outside of Silicon Valley, these longevity researchers haven’t quite convinced the scientific community that they’re on to something. The Week quotes experts in the field who believe that de Grey's claims are totally implausible.

Others are concerned that Silicon Valley's "move fast and break things" ethos shouldn't apply to human longevity. There are too many ethical quandaries inherent to the emergence of a new, ultra-wealthy class of people who can afford the hypothetical treatments that would let them live for hundreds of years.

Thankfully, de Grey's predictions aside, there's no real indication that today's people will need to worry about this sort of problem — the oldest humans to have lived only made it to 122.

READ MORE: Can human mortality be hacked? [The Week]

More on longevity: This Scientist Predicted He Would Live to 150. Now He’s Not So Sure.

Read This Next
Disturbing Pattern
Anti-Aging Personality Aubrey de Grey Accused of Sexual Harassment
Big Brain
Scientist Who Gene-Hacked Babies "Likely" Boosted Their Brainpower
Heart Part
New Implant Powers Cyborg Devices Using Your Heartbeat
Checking In
Doctor Who Gene Edited Babies Rejects Death Penalty Rumor
Found Him
Scientist Who Gene Edited Babies Is Being Held By Mysterious Guards
More on Enhanced Humans
Brain-Computer Im...
Jan 3 on the byte
Neuralink Cofounder Says New Company's Eye Implant Could Be "Ultimate" VR Tech
Eyes Have It
12. 30. 22 on futurism
Meet the Neuralink Cofounder Who Left and Started a Competitor That's Now Rapidly Catching Up
Butcher Shop
12. 6. 22 on futurism
Neuralink Employees Admit Company Has Killed 1,500 Animals So Far
READ MORE STORIES ABOUT / Enhanced Humans
Keep up.
Subscribe to our daily newsletter to keep in touch with the subjects shaping our future.
+Social+Newsletter
TopicsAbout UsContact Us
Copyright ©, Camden Media Inc All Rights Reserved. See our User Agreement, Privacy Policy and Data Use Policy. The material on this site may not be reproduced, distributed, transmitted, cached or otherwise used, except with prior written permission of Futurism. Articles may contain affiliate links which enable us to share in the revenue of any purchases made.
Fonts by Typekit and Monotype.