"We’re trying to solve the ultimate problem for any implantable biomedical device." 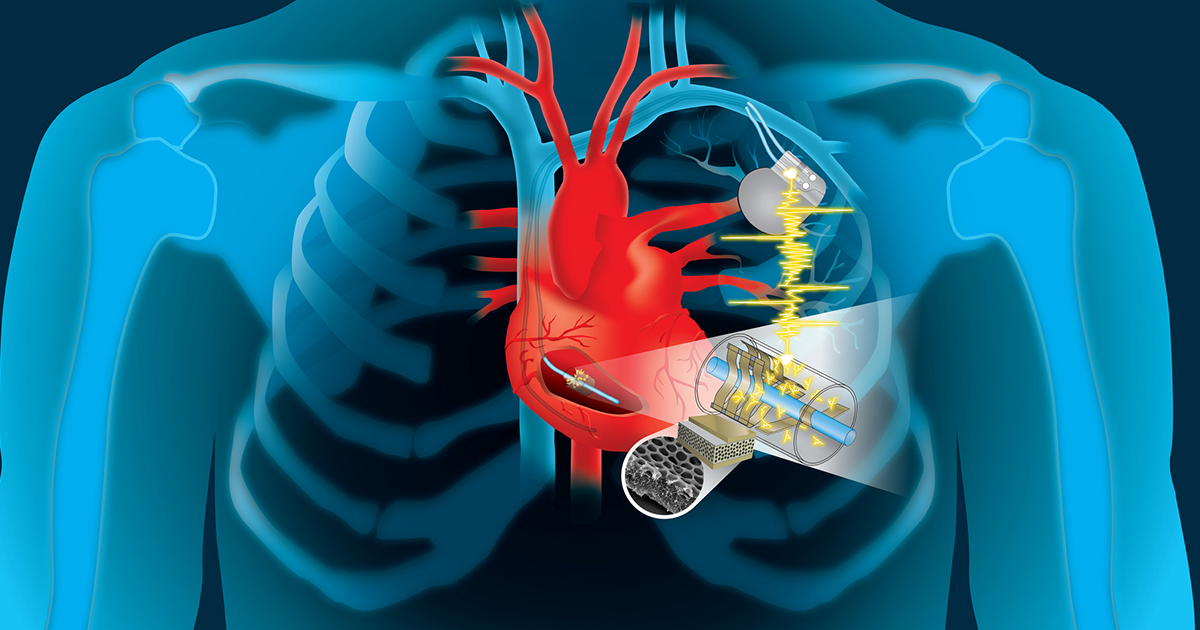 After you get a medical device like a pacemaker implanted, you’ll probably need occasional surgeries to replace its batteries.

But thanks to new research, that could soon change. A new device can take the kinetic energy of a beating heart and converts it into electricity — a bold glimpse of a cyborg future in which your heart could power up implants like pacemakers.

Before it makes its way to a human heart, the researchers want to make sure that it can last for that person’s entire lifetime without interfering with the heart’s normal function, according to a Dartmouth press release published Monday.

“We’re trying to solve the ultimate problem for any implantable biomedical device,” said Dartmouth engineering professor and lead researcher John Zhang in the press release. “How do you create an effective energy source so the device will do its job during the entire life span of the patient, without the need for surgery to replace the battery?”

The team received funding from the National Institutes of Health which will continue for another two years. In that time, it hopes to finish animal research and jump start the rigorous approval for human testing. In addition, the engineers have started exploring upgrades that will let their technology charge other implanted devices.

If all goes well, the researchers hope to put their self-charging pacemakers on the market in about five years.

Read This Next
Undelivered Longevity
A Scientist Thinks Someone Alive Today Will Live to be 1,000
Big Brain
Scientist Who Gene-Hacked Babies “Likely” Boosted Their Brainpower
Checking In
Doctor Who Gene Edited Babies Rejects Death Penalty Rumor
Found Him
Scientist Who Gene Edited Babies Is Being Held By Mysterious Guards
Designer Babies
Chinese Scientists Claim to Have Gene-Edited Human Babies For the First Time
More on Enhanced Humans
Jiankui Watch
Apr 4 on the byte
Scientist Who Genetically Modified Human Babies Released From Prison
Meta Taxes
Mar 2 on the byte
Uh Oh: The Metaverse Is Already Being Slammed by Sales Tax
Sheepish Look
Feb 14 on futurism
Bionic Eyes Give Sheep Sight, Heading to Humans Next
READ MORE STORIES ABOUT / Enhanced Humans
Keep up.
Subscribe to our daily newsletter to keep in touch with the subjects shaping our future.
+Social+Newsletter
TopicsAbout UsContact Us
Copyright ©, Camden Media Inc All Rights Reserved. See our User Agreement, Privacy Policy and Data Use Policy. The material on this site may not be reproduced, distributed, transmitted, cached or otherwise used, except with prior written permission of Futurism. Fonts by Typekit and Monotype.