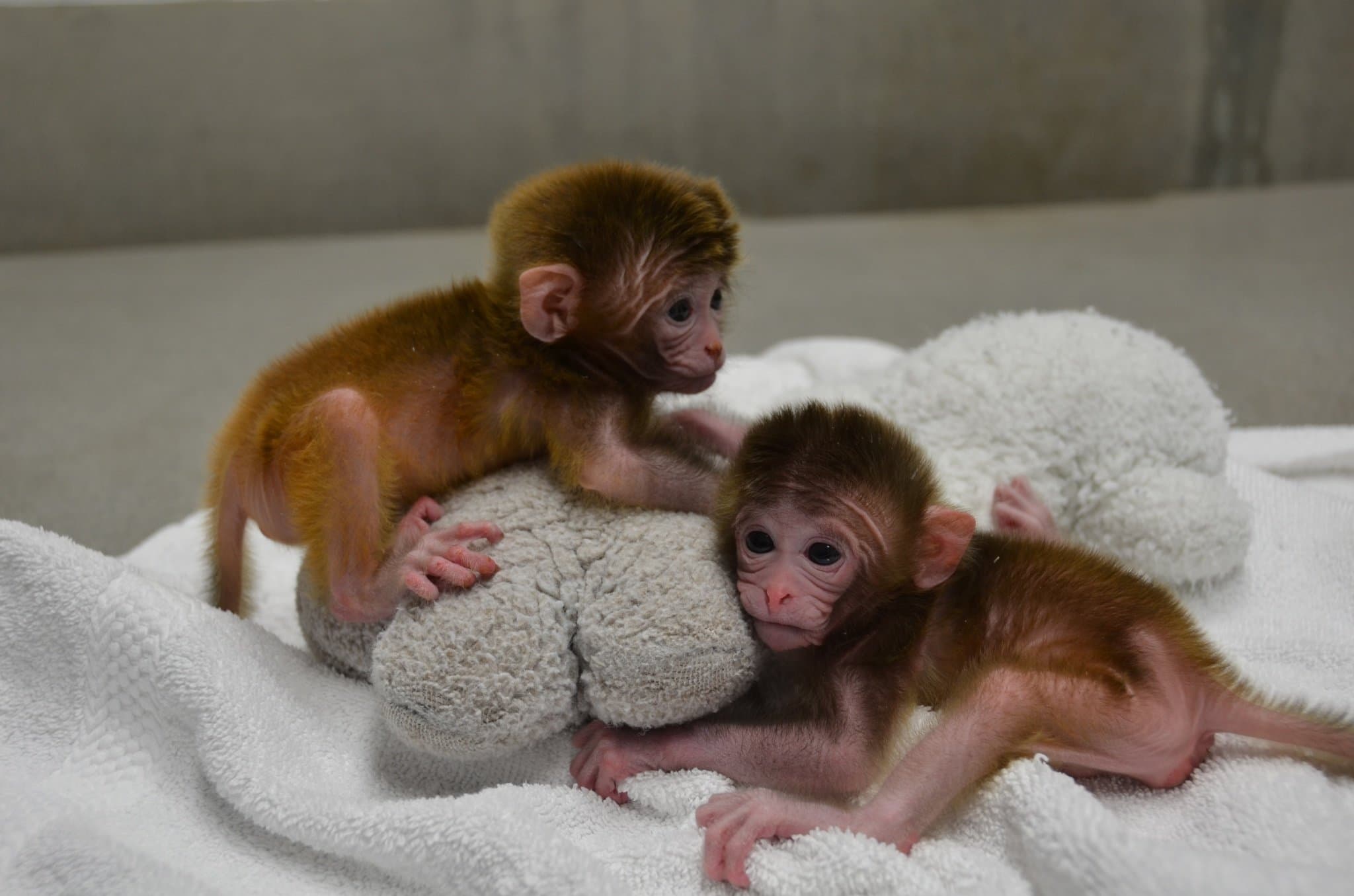 According to the National Autism Association, autism now affects 1 in 68 children. It is a bio-neurological developmental disability that generally appears before the age of 3, and it has a wide range of effects.

Individuals with the condition typically have difficulties with verbal and non-verbal communication, social interactions, and they often suffer from a number of co-morbid medical conditions (such as allergies, asthma, epilepsy, digestive disorders, persistent viral infections, etc.)

It is a condition that we have been combating for some time. You can learn more about it in the video below.

This includes impaired social skills and increased anxiety. The ultimate goal of the study is to improve understanding of human brain disorders—however, ethicists are saying that the risk researchers are putting the monkeys in is not worth it.

The study was recently published in Nature.

According to the researchers, after their experiment, the monkeys would “grunt, coo, and scream” more often, and the team asserts that two became “severely sick” in ways that “echoed” the problems human children with the gene defect.

Using monkeys may seem a little strange; however, their biology is remarkably similar to our own. Indeed, they are the closest model in terms of human cognition and behavior, having the ability to share empathy, communicate, follow social rules, and conform to group boundaries. As such, monkeys are commonly used as test subjects in order to better understand human diseases

To that end, the advances in genomic technology makes it possible for biologists to create transgenic monkey with customized mutations.

For this experiment, researchers used a virus to deliver a modified human gene called MECP2 into the genome of long-tailed macaques. This resulted in monkey that showed the aforementioned autistic-like behaviors, such as lowered social interaction, anxiety , and tendency for repetitive movements—these changes may also be passed down to offspring.

Ultimately, this isn't the first work done on non-human animals. We have had years of study using mice suffering from autism-like disorders; however, mice are rather different. Ultimately, mice have very different brains from our own. This makes it difficult to infer anything from studies on them or draw conclusions that can be useful to human neurological conditions.

Does the End Justify the Means?

The scientists behind the study believe that this kind of research will pave the way for further understanding of human disorders. However, it also prompts a big ethical dilemma.

“The justification is based on the notion of humans being perched at the top of a hierarchy, with dominion over the planet and all of its other inhabitants,” said California State University bioethicist Linda MacDonald Glenn. “Fortunately, this attitude is changing towards an ethos of interdependence and stewardship, as evidenced by the recent NIH ban on great ape research.”

But where to we draw the line? Is it only unacceptable to experiment on animals that are significantly similar to ourselves? And since this "similarity" is entirely subjective, how do we gauge it?

These are not easy questions. Yet, they are also not entirely new questions.

We have been doing experiments on non-human animals for much of our history. Indeed, the only reason that we have shampoo and vaccines is because of animal testing. Is genetic manipulation really so different from putting chemicals on (and into) animals?

Yet, one of the most important questions seems to rest on how effective these tests actually are.

In an interview with Technology Review Huda Zoghbi, an expert in the field, notes that monkeys can't act as true models. Ultimately, Zoghbi says that the monkeys' displays are not the same as those displayed in human children. She asserts, “For the sake of the field and the families it is important that we study models that are constructed to genetically mimic what happens in humans and that reproduce features of the syndrome as closely as possible,” Zoghbi says. “It is important that we hold [these] standards to nonhuman primate models.”

But the discussion goes back and forth. John Spiro, deputy scientific director of the Simons Foundation Autism Research Initiative in New York, says there is a large debate, but that the experts in the field ultimately believe this work is for the best. “There is a sentiment that you are never going to generate enough animals to be able to do the really important experiments,” he says. “But a lot of people feel extraordinary strongly that rodents aren’t good enough. I would say the smartest minds in the field say we have got to do this.”

Read This Next
Organ Grinder
For First Time Ever, Scientists Create Part-Human, Part-Monkey Embryos
Futurism
Growing Human Mini Brains in Rats Isn't an Ethical Concern...Yet
Futurism
Berkeley Biologist: "CRISPR Gene Editing Will Cure Genetic Disease"
Futurism
Scientists Have Grown the First Synthetic Self-Developing Embryo
Futurism
U.S. Scientists Have Backed the Genetic Modification of Human Embryos
More on Hard Science
Warped Tour
Feb 2 on futurism
Professor Believes Door to Warp Drive May Lie With Ethylene Glycol
Sky Bursts
Feb 2 on the byte
Astronomers Intrigued by 25 Mysterious Repeating Radio Signals From Deep Space
Tractor Beam
Jan 26 on the byte
Scientists Build Working Tractor Beam, Although It's Comically Tiny
READ MORE STORIES ABOUT / Hard Science
Keep up.
Subscribe to our daily newsletter to keep in touch with the subjects shaping our future.
+Social+Newsletter
TopicsAbout UsContact Us
Copyright ©, Camden Media Inc All Rights Reserved. See our User Agreement, Privacy Policy and Data Use Policy. The material on this site may not be reproduced, distributed, transmitted, cached or otherwise used, except with prior written permission of Futurism. Articles may contain affiliate links which enable us to share in the revenue of any purchases made.
Fonts by Typekit and Monotype.