Researchers combined thousands of images to recreate the 3D structure. 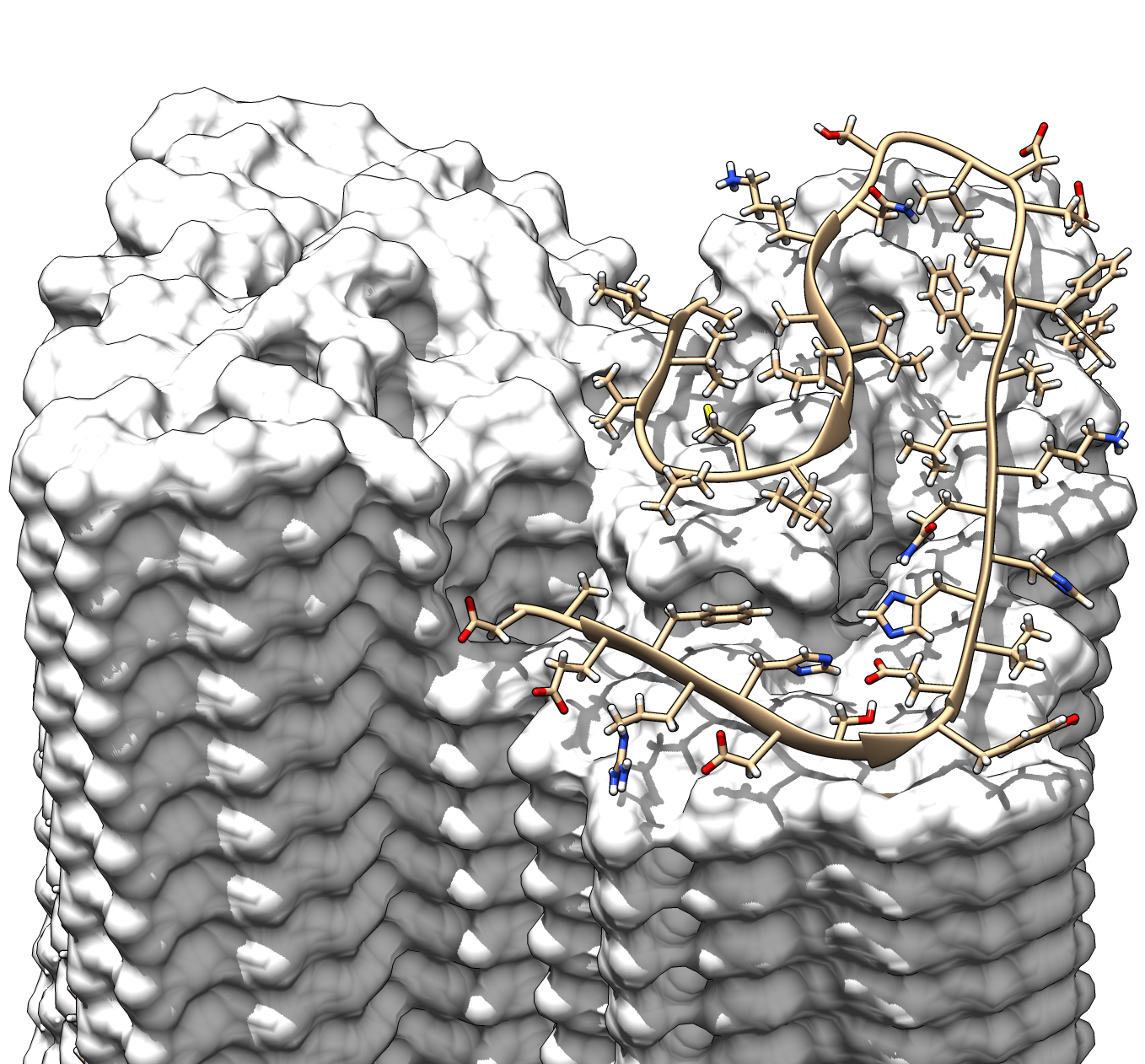 In an effort to learn more about the nature of Alzheimer's disease, researchers from Germany and the Netherlands have produced the highest resolution image of amyloid fibrils, tiny structures largely associated with the memory-altering disease.

The team generated the structure using cryo-electron microscopy — a relatively new research technique that can be used to determine the structure of protein molecules.

The images revealed that individual Aβ proteins could be layered on top of one another to form protofilaments. A combination of two protofilaments formed a fibril, and if any of these individual fibrils become entangled, they could lead to the creation of the plaques detected in the brain tissues of Alzheimer's patients.

It took the team over a year to analyze all of the data they collected at Maastricht University's cryo-electron microscopy facility. Thousands of images needed to be combined before high-resolution data could be extracted and used to create the 3D structure, but the effort was worthwhile.

"The fibril structure answers many questions about the mechanism of fibril growth and identifies the role played by a whole series of familial mutations that lead to early onset of Alzheimer's disease," said Prof. Dieter Willbold in a Forschungszentrum Juelich press release.

The structure helps us understand why mice are unable to develop Alzheimer's disease and why a small number of people in Iceland are effectively immune to it. The fibrils eventually created by the layered Aβ proteins change the design of the protein itself at various locations. The Aβ proteins of mice and those Icelanders differ by three or one amino acid residues, respectively, which are huge factors in the stability of the fibrils.

According to the National Institute on Aging, more than 5 million people may suffer from Alzheimer's disease, and while this new research may not be enough to cure them, any new information we can glean about the disease puts us one step closer to developing better treatments for it and similar incurable diseases. Eventually, those individual pieces of knowledge may add up to a cure.