By 2022, You Could Be Flying Aboard Zunum Aero's Hybrid-Electric Airliner

The craft is expected to carry 12 passengers up to 700 miles. 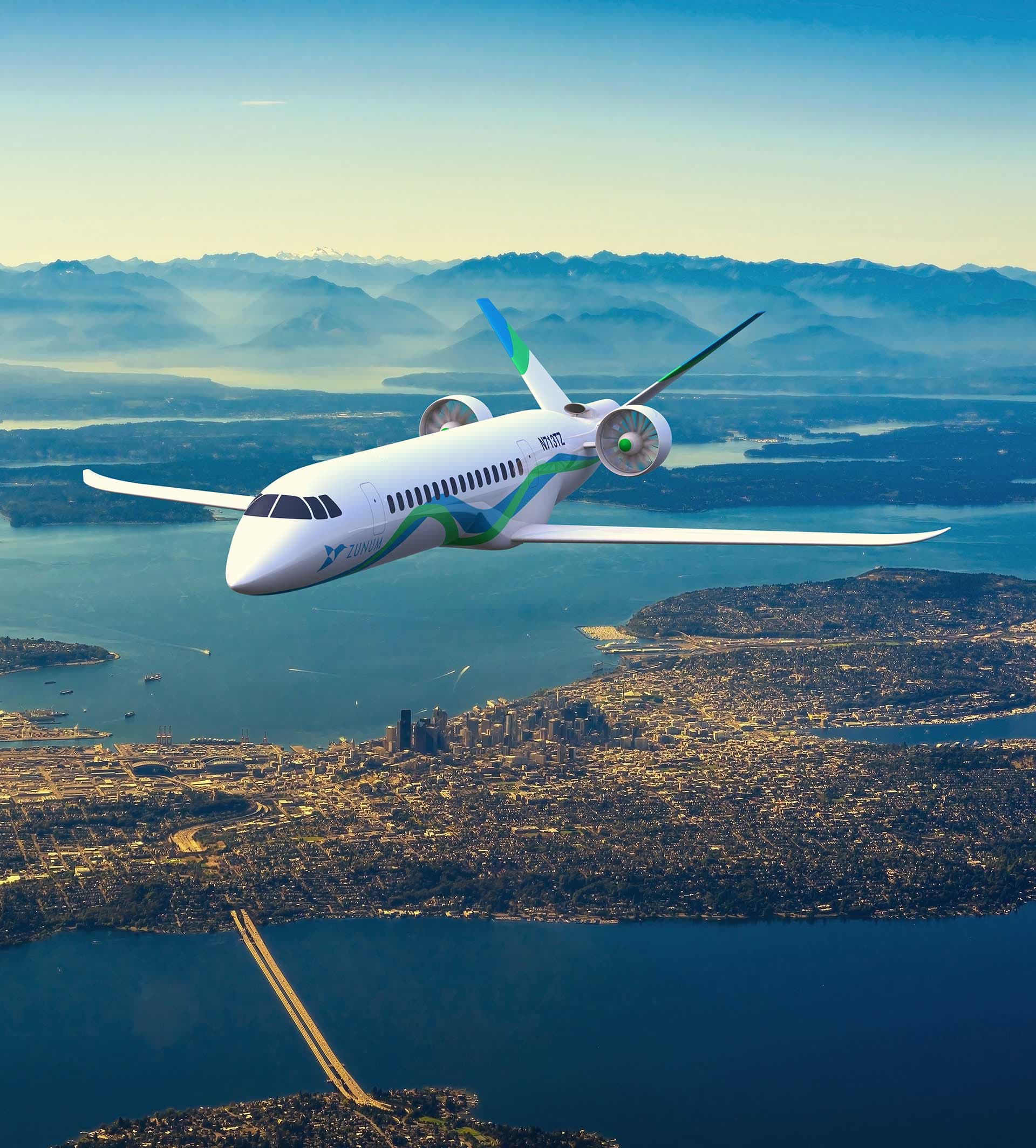 Two major airlines have taken a startup under their wings in pursuit of cleaner air travel. Boeing and JetBlue were revealed to be backing Zunum Aero back in April, and now, the company has set a target release date for their small hybrid-electric airliner: 2022.

A pair of electric motors will power the first aircraft Zunum Aero is developing, and the plane will be outfitted with a gas engine and an electrical generator in addition to electric batteries. The current design for the plane is based around a lone pilot at the controls, but eventually, the company plans for their aircraft to be piloted remotely.

Zunum Aero's first hybrid-electric aircraft is expected to be capable of carrying up to 12 passengers a distance of 1,126 kilometers (700 miles). Current battery technology can only store enough power to cover around 160 kilometers (100 miles), but as this tech improves, the startup intends for their planes to rely less and less on their generators. By 2030, they expect to have a plane that can carry 50 passengers up to 1,609 kilometers (1,000 miles).

Just like the growing popularity of electric cars, air travel that doesn't rely on traditional fuel sources could have a positive impact on the environment, but that's not the only reason airlines are interested in electric-powered planes — these crafts have the potential to make short-haul flights more financially viable.

"We’re getting airline pricing down on a small plane and doing it for short distances," said Zunum Aero co-founder Matt Knapp in an interview with Reuters. "That kind of aircraft doesn’t currently exist."

Electric planes could revolutionize the way we fly in places where regional air travel is common, such as North America. Zunum Aero claims that around 96 percent of U.S. air traffic uses just one percent of the country's airports. Smaller electric airliners could utilize smaller airports, cutting travel time and eliminating the hassle of undergoing the in-depth security procedures necessary at larger terminals.

However, Zunum Aero will face significant obstacles as they attempt to get their planes in the sky. The company's batteries and backup generators will have to undergo stringent testing if they are to pass muster with authorities, and the startup may be beat to market by competitors also working on short-distance electric planes, such as Wright Electric.

Read This Next
Remember Donald?
Donald Trump Goes on Bizarre Rant Against Electric Cars
Piercing The Hype
If Graphene Batteries Do Everything Scientists Say, They Could Be a Gamechanger
End of the Road
Volkswagen Will Launch Its Last Gas-Powered Cars in 2026
Electric Assist
China Forces Tesla and Other EV Makers to Turn Over Driver Data
Futurism
EVs Can't Change the World Until We Change How We Sell Them
More on Earth & Energy
Rock Battery
Yesterday on the byte
Researchers Successfully Turn Abandoned Oil Well Into Giant Geothermal Battery
Do The Worm
Friday on the byte
Scientists Name "Funky Worm" Amphibian After a Weird 70s Funk Song
Cow Chow
Thursday on the byte
Bill Gates Gives $12 Million to Flatulent Australian Cows
READ MORE STORIES ABOUT / Earth & Energy
Keep up.
Subscribe to our daily newsletter to keep in touch with the subjects shaping our future.
+Social+Newsletter
TopicsAbout UsContact Us
Copyright ©, Camden Media Inc All Rights Reserved. See our User Agreement, Privacy Policy and Data Use Policy. The material on this site may not be reproduced, distributed, transmitted, cached or otherwise used, except with prior written permission of Futurism. Articles may contain affiliate links which enable us to share in the revenue of any purchases made.
Fonts by Typekit and Monotype.