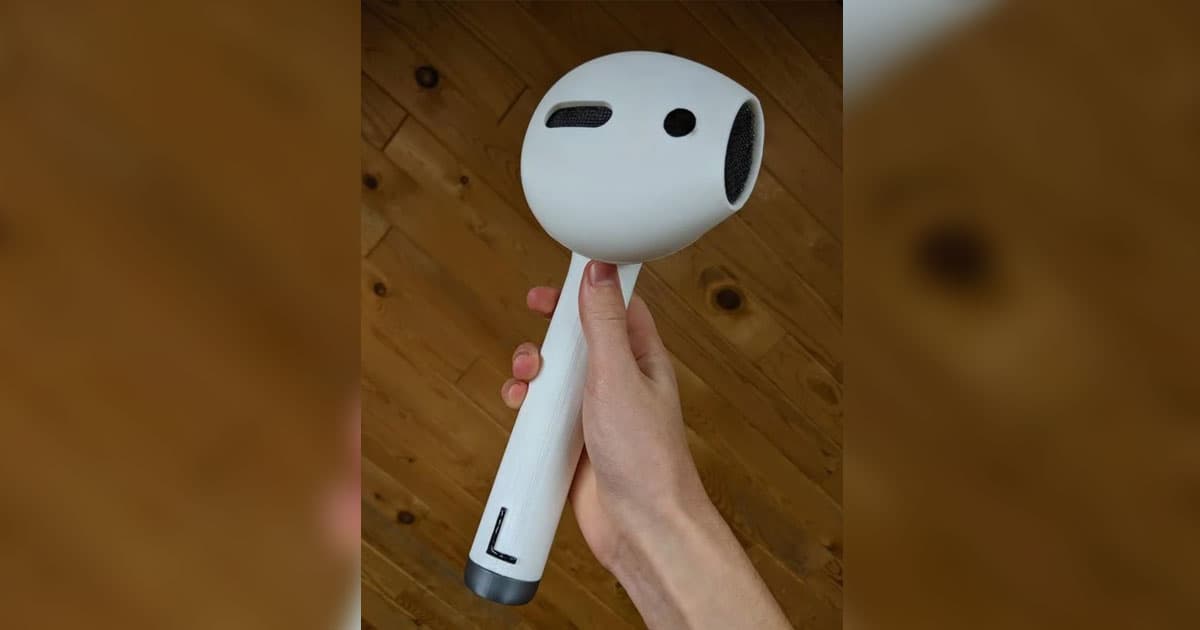 "Sadly I can't sell it because Apple would get pissed."

"Sadly I can't sell it because Apple would get pissed."

For the past week, the tech press has been breathlessly obsessing over Apple's AirPods Pro, the latest version of its wireless-earbud-slash-status -symbol.

Here at Futurism, we honestly can't be bothered with a new version of the awful, unserviceable gadget. But we couldn't help but admire this fully functional, hammer-sized Bluetooth AirPod built by handy Redditor Master_Aar17.

Seriously, just look at it:

Master_Aar17 even posted a video of the colossal earbud playing the Beatles' "Here Comes the Sun," along with schematics of the novelty-sized gadget.

Unfortunately, though, Master_Aar17 said he has no plans to bring the gigantic earpiece to market.

"Sadly I can't sell it because Apple would get pissed," the Redditor wrote, "but yeah several people have asked if it's available for purchase."

More on AirPods: This Site Is Selling Decorative AirPods That Don’t Play Sound

FROM THE DEPT. OF THINGS TO BUY
How to Recycle Electronics
Apr 5
Read More
FROM THE DEPT. OF THINGS TO BUY
Apple Announces New iPhone SE, iPad Air, Mac Studio, and Mac Studio Display at “Peek Performance” Event
Mar 8
Read More
Stranger Danger?
Woman Freaks Out After Discovering an Apple Tracking Device on Her Car
11. 19. 21
Read More
+Social+Newsletter
TopicsAbout UsContact Us
Copyright ©, Camden Media Inc All Rights Reserved. See our User Agreement, Privacy Policy and Data Use Policy. The material on this site may not be reproduced, distributed, transmitted, cached or otherwise used, except with prior written permission of Futurism. Fonts by Typekit and Monotype.