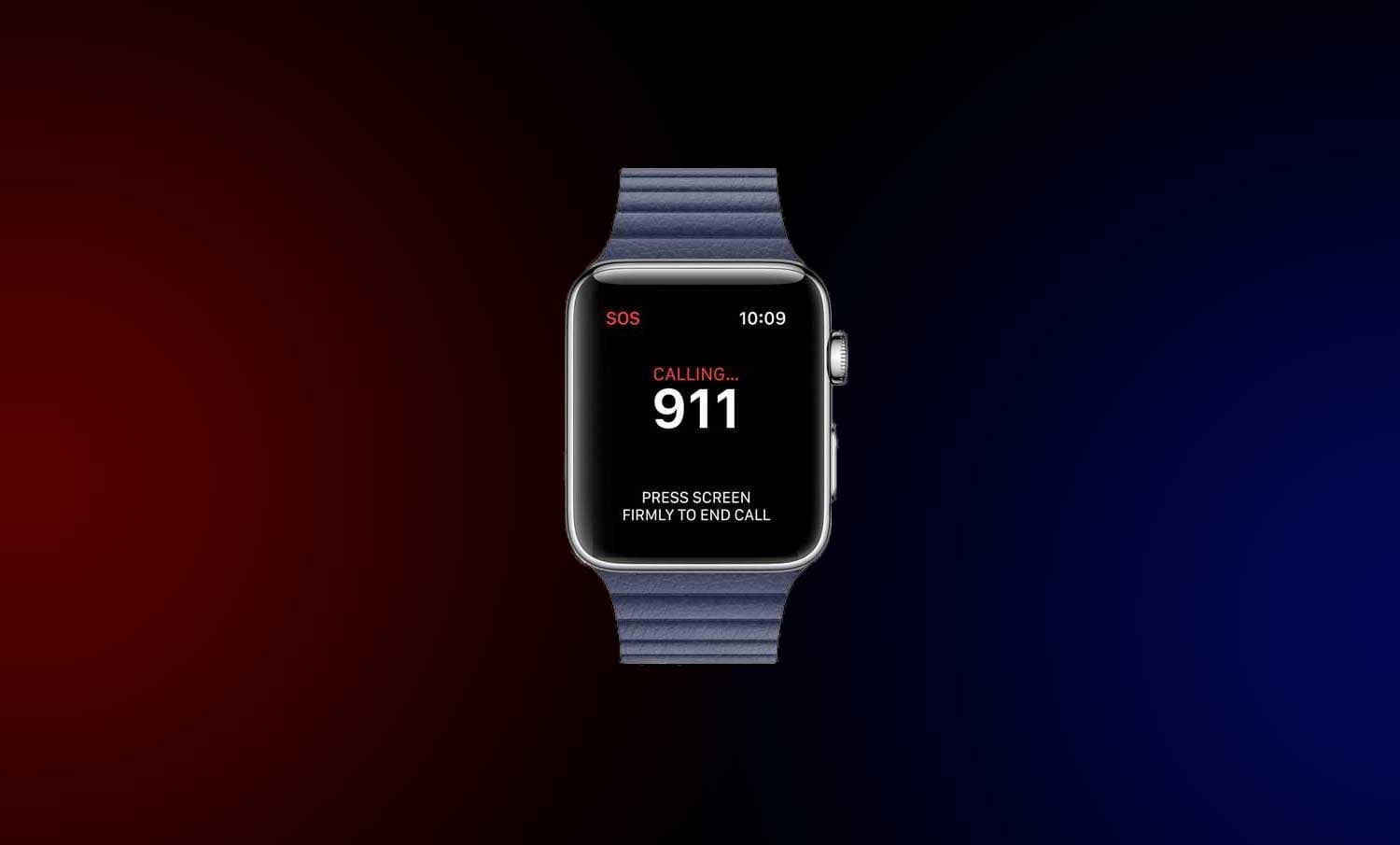 Apple's Emergency SOS feature makes it incredibly easy for a person to call for help, but this ease of use could be causing problems for police departments.

In 2017, Apple added a feature called Emergency SOS to their Apple Watch. To contact emergency services, a Watch owner just holds the device's side button and waits for the triggered countdown to finish. At that point, the device contacts local emergency services.

Over the past few months, dispatchers for the Elk Grove, California, police department have answered nearly 1,600 emergency calls from a local Apple repair and refurbishment facility. Occasionally, the dispatchers hear the muffled sounds of repair technicians on the other end of the line.

"It started back in October, and we have been averaging about 20 calls per day," Elk Grove Police Department Public Information Officer Jason Jimenez told Motherboard.

The timing of these calls lines up with the addition of the Emergency SOS feature to Apple Watches, and Jason Carroll, founder of Fruit Fixed, an independent Apple repair shop, believes the Watch's screen size could be the reason the device is particularly susceptible to false calls. "It would probably [be easier] for a mistake [on the Apple Watch] because the screen is so much smaller," he told Motherboard.

In a public statement to Mac Rumors, Apple confirmed they are aware of the problem: "We take this seriously and we are working closely with local law enforcement to investigate the cause and ensure this doesn't continue."

Emergency SOS has already proven effective for its intended purpose - the feature may have even saved the life of a Pennsylvania woman and her child last year after a car accident. Unfortunately, accidental SOS calls could prevent others from receiving the same help when they really need it.

Elk Grove isn't the only city on the receiving end of these calls. According to Newsweek, Watch owners in Michigan, North Carolina, and other parts of California have accidentally triggered the Emergency SOS feature.

Apple Watch and iPhone owners can adjust their Emergency SOS settings so that they have to drag a slider to make an emergency call, rather than the call going through automatically. This could prevent false calls, but it also creates an added barrier to getting help in a life-or-death situation, and device owners might not want to take that risk.

In the end, Emergency SOS is an incredibly valuable feature - Apple just needs to work out a way to reduce the number of accidental calls without affecting its usability.

"As far as safety goes, having that ability to press a button and reach us and have us be able to respond I think is very important," said Jimenez. "Once that [issue] is resolved, still having the ability to have emergency help at a push of a button is important."

Eventually, Apple could apply what they learn from the Watch false alarms to ensure future devices won't have the same problem. The company is working on self-driving cars, and those are sure to include emergency features that will need to be easily accessible.