Who wouldn't want "charts" to pop up in their vision while having a conversation? 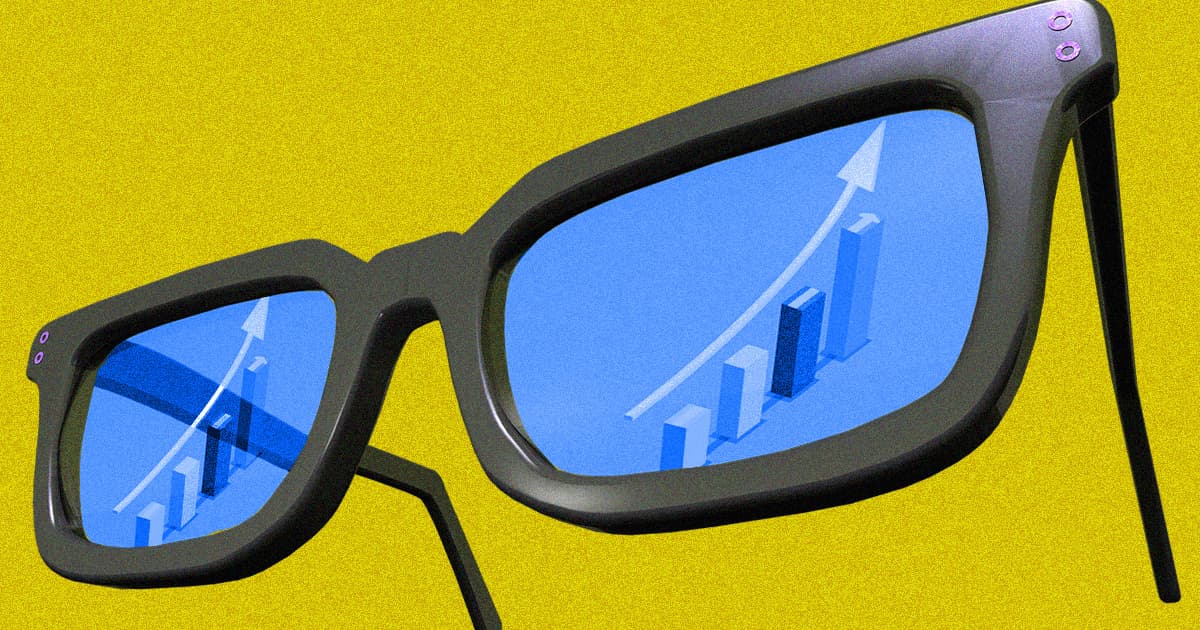 During a chat with Kara Swisher for The New York Times today, Apple CEO Tim Cook sang the praises of the company's upcoming augmented reality glasses.

Basically, he suggested that AR is going to turn regular conversations into Powerpoint presentations — complete with "graphs" that'll pop up while you're talking to illustrate the point you're trying to make.

"Well, I can’t talk about anything that may or may not be in the pipeline," he said. "But in terms of AR, the promise of AR is that you and I are having a great conversation right now."

"Arguably, it could even be better if we were able to augment our discussion with charts or other things to appear," Cook said. "And your audience would also benefit from this, too, I think."

Having fun yet? It's not the sexiest vision of the future. Given the immense promise of AR, it's surprising to hear the CEO of the biggest tech company in the world jump to something so banal.

Whatever happened to playing Pokemon Go without ever having to glance down at your phone? What about Google Maps directions? Heck, what about sex?

To Cook, AR is here to stay and is already showing great promise in fields like health, education, retail and gaming. Cook also agreed when Swisher asked him if he thinks AR is a "critically important part of Apple's future."

According to the latest leaks, Apple's mixed reality headsets could represent a significant technological leap forward. The device is rumored to be extremely lightweight, weighing even less than an iPhone 12 while still providing a degree of immersion thanks to cutting-edge optics.

But selling such a technology to the masses will likely require more than a promise to insert "charts" into conversations with other people. Augmented reality headsets haven't hit the mainstream yet, with developer-focused devices such as Microsoft's HoloLens 2 costing as much as $3,500.

Apple's upcoming headset may feature nearly as hefty a price tag, costing as much as $3,000 if the rumors are to be believed.

The company is setting itself up for an uphill battle: the adoption of mixed reality headsets will heavily depend on not only proving to consumers that the tech is mature, but also that it has a reason to exist.

Read This Next
Oh, Good
Oculus Founder Builds VR Headset That Kills User If They Die in Game
From the Dept. of Things to Buy
Belkin 3-in-1 MagSafe Charger Review: A High-Tech Treehouse For Your MagSafe Apple Gear
From the Dept. of Things to Buy
Review: Apple’s $249 AirPods Pro 2 Are Actually Worth the Upgrade
From the Dept. of Things to Buy
Save 28% on AirPods Pro and More Labor Day Deals on Apple Gear
From the Dept. of Things to Buy
Apple Doesn’t Have Sales, But You Can Save $50 on an iPad Right Now During Labor Day Deals
More on Robots & Machines
From the Dept. of...
Yesterday on futurism
The Best Wireless Mouse of 2023
Balloon Boy
Monday on the byte
Other Chinese Balloons Apparently Flew Over America, But Nobody Noticed Them
From the Dept. of...
Monday on futurism
The Best Earbuds Under $50 in 2023
READ MORE STORIES ABOUT / Robots & Machines
Keep up.
Subscribe to our daily newsletter to keep in touch with the subjects shaping our future.
+Social+Newsletter
TopicsAbout UsContact Us
Copyright ©, Camden Media Inc All Rights Reserved. See our User Agreement, Privacy Policy and Data Use Policy. The material on this site may not be reproduced, distributed, transmitted, cached or otherwise used, except with prior written permission of Futurism. Articles may contain affiliate links which enable us to share in the revenue of any purchases made.
Fonts by Typekit and Monotype.